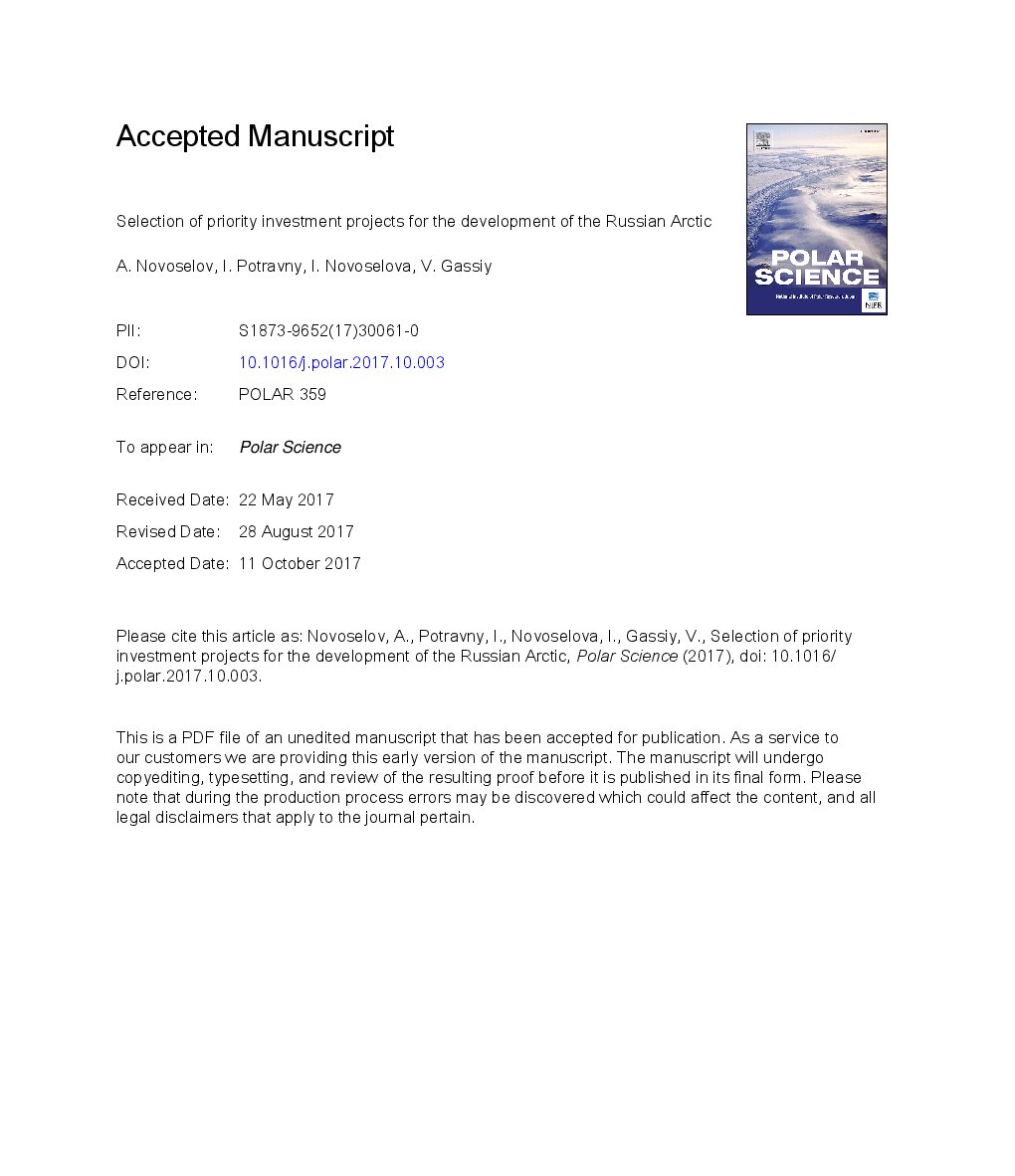 In the Russian Arctic, there is currently an active process of preparation and implementation of investment projects aiming to extract natural resources, with the aim of sustainable socioeconomic development of the region. These projects are associated with the development of key zones in the Arctic and involve the exploration for and production of minerals (diamonds, gold, rare-earth metals, oil, and gas) and the development of energy and infrastructure (e.g., the Northern Sea Route). Such projects, which are often carried out in territories of traditional nature management belonging to the indigenous peoples of the North, must consider their environmental and social responsibility and the preservation of the ethnic identity and culture of indigenous peoples. The extraction of mineral deposits in the Arctic and the Far North places new demands on subsoil users, related to the preservation and development of the socio-cultural environment of the indigenous peoples of the North and to the ecological rehabilitation of the area. This article presents economic and mathematical models for selecting the optimal development project options based on the pairwise comparison of investment projects and the evaluation of indigenous peoples' preferences. We investigated the investment projects' impact on traditional territories in the Arctic, including the Republic of Sakha (Yakutia), in terms of socioeconomic and ethnological development, and environmental change. The suggested system of models can be used to assess the priority of projects supporting and developing the region in the mining corporation's area of responsibility. The proposed models are based on fuzzy set theory, which provides an effective assessment of the population's preferences for projects. Data are processed using the hierarchy analysis method and multivariate optimization calculations to determine the project sets at different funding levels. The creation of information-linked processing models is innovative. Indigenous people's expert assessments of the priority of projects are processed using the hierarchy analysis method to determine the coefficients of the optimization model that enables the calculation of the choice between the analyzed projects, given the allocated financial resources. This approach can be used to address issues of support for indigenous people in areas where mining and other economic development activities are taking place, especially in the Arctic region. The proposed decision-making mechanism, which includes public hearings, sociological surveys, ethnological expertise, and compensation payments to indigenous minorities of the North, facilitates the justification of optimal strategies for maintaining and developing the region, taking into account economic, ecological, social, and ethnological factors.