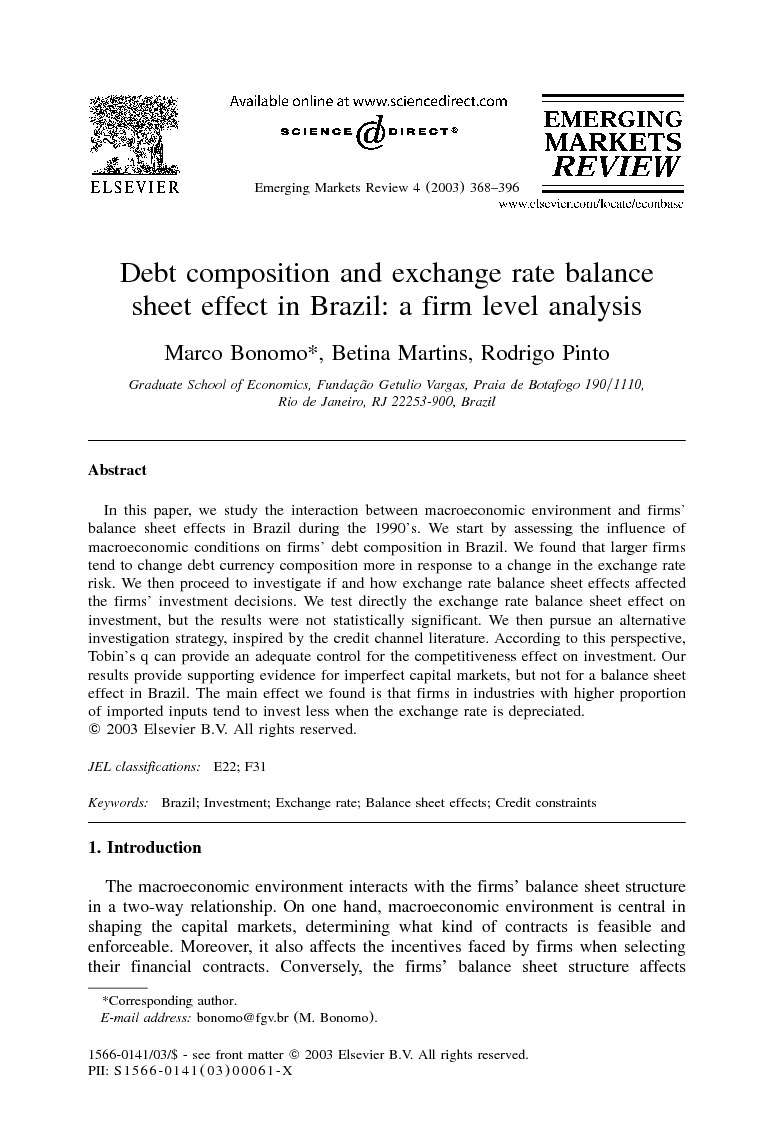 In this paper, we study the interaction between macroeconomic environment and firms’ balance sheet effects in Brazil during the 1990's. We start by assessing the influence of macroeconomic conditions on firms’ debt composition in Brazil. We found that larger firms tend to change debt currency composition more in response to a change in the exchange rate risk. We then proceed to investigate if and how exchange rate balance sheet effects affected the firms’ investment decisions. We test directly the exchange rate balance sheet effect on investment, but the results were not statistically significant. We then pursue an alternative investigation strategy, inspired by the credit channel literature. According to this perspective, Tobin's q can provide an adequate control for the competitiveness effect on investment. Our results provide supporting evidence for imperfect capital markets, but not for a balance sheet effect in Brazil. The main effect we found is that firms in industries with higher proportion of imported inputs tend to invest less when the exchange rate is depreciated.