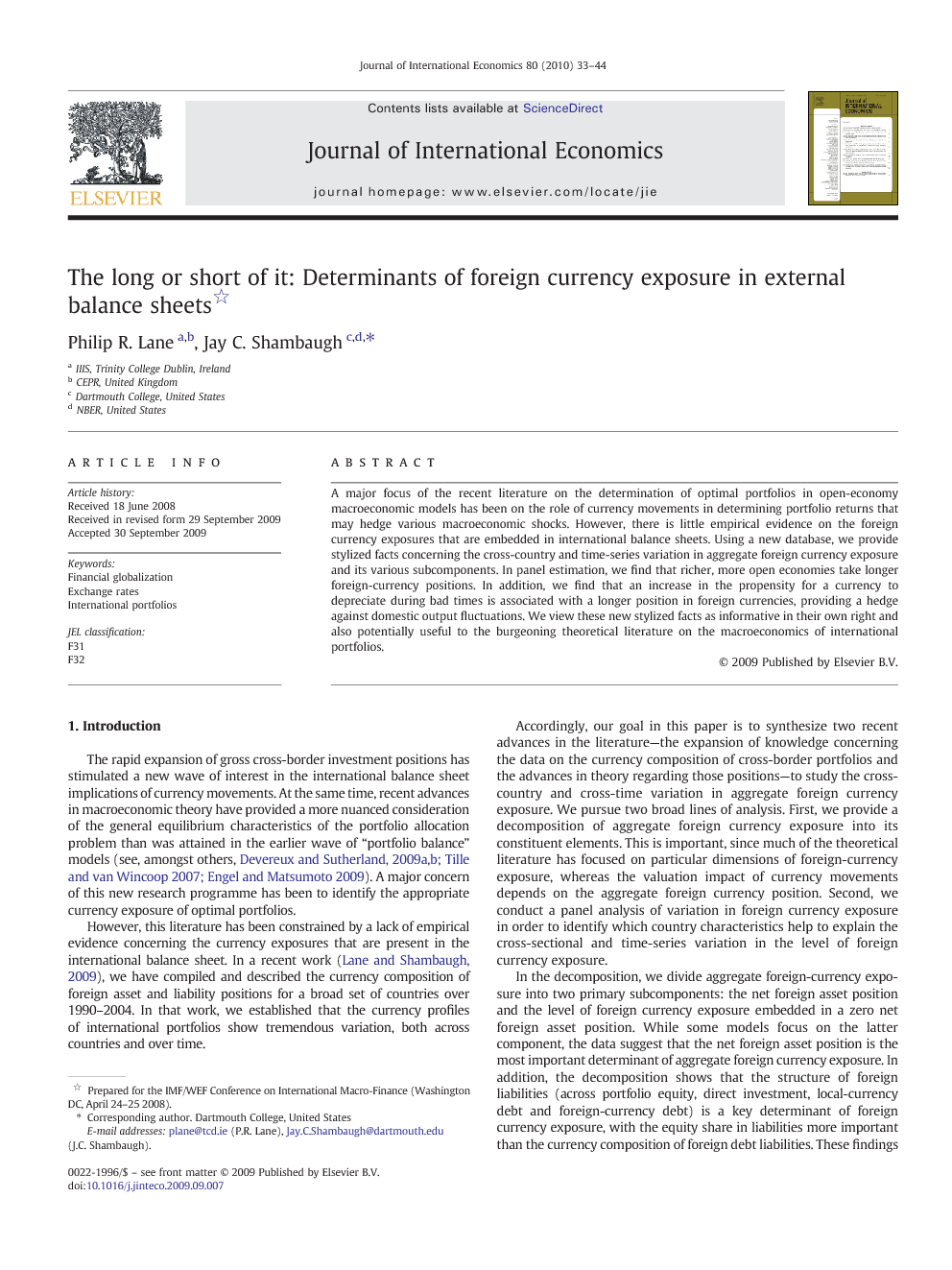 A major focus of the recent literature on the determination of optimal portfolios in open-economy macroeconomic models has been on the role of currency movements in determining portfolio returns that may hedge various macroeconomic shocks. However, there is little empirical evidence on the foreign currency exposures that are embedded in international balance sheets. Using a new database, we provide stylized facts concerning the cross-country and time-series variation in aggregate foreign currency exposure and its various subcomponents. In panel estimation, we find that richer, more open economies take longer foreign-currency positions. In addition, we find that an increase in the propensity for a currency to depreciate during bad times is associated with a longer position in foreign currencies, providing a hedge against domestic output fluctuations. We view these new stylized facts as informative in their own right and also potentially useful to the burgeoning theoretical literature on the macroeconomics of international portfolios.