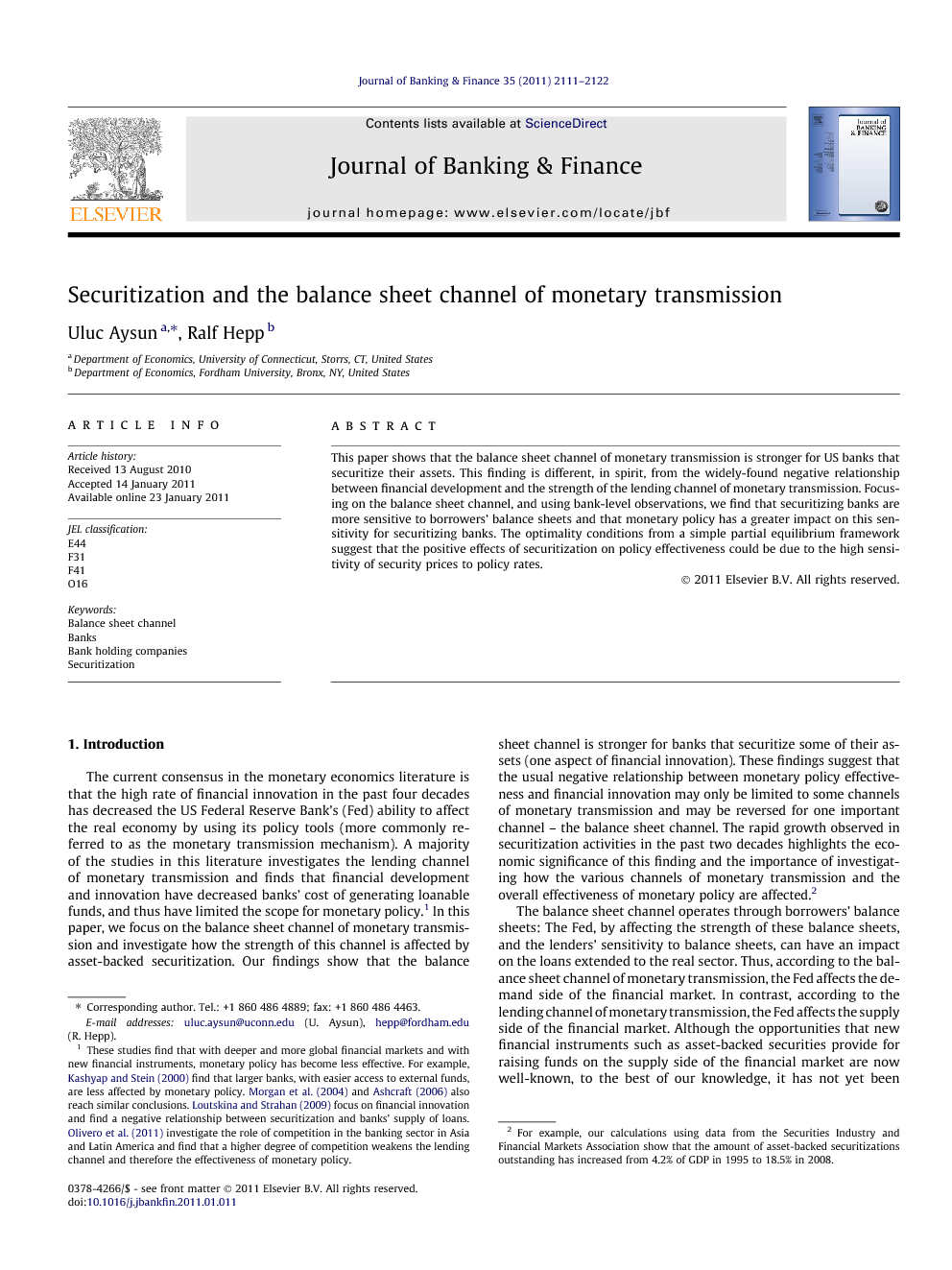 This paper shows that the balance sheet channel of monetary transmission is stronger for US banks that securitize their assets. This finding is different, in spirit, from the widely-found negative relationship between financial development and the strength of the lending channel of monetary transmission. Focusing on the balance sheet channel, and using bank-level observations, we find that securitizing banks are more sensitive to borrowers’ balance sheets and that monetary policy has a greater impact on this sensitivity for securitizing banks. The optimality conditions from a simple partial equilibrium framework suggest that the positive effects of securitization on policy effectiveness could be due to the high sensitivity of security prices to policy rates.

Our empirical results demonstrate that the balance sheet channel is stronger for banks that securitize some of their assets. This result, in contrast to a majority of the literature, suggests that at least one aspect of financial development and innovation – namely securitization – can increase the effectiveness of monetary policy. In particular, the negative effect of securitization on the lending channel can be counteracted by its effect on the balance sheet channel. It is difficult to compare the relative strength of these two channels to draw inferences for the overall strength of the monetary transmission mechanism. But given the debate on the existence of the lending channel and the overwhelming evidence showing its decline, our findings suggest that the effect of securitization on the overall strength of monetary transmission may not be negative. Our simple partial equilibrium model shows that securitization has two opposite effects on the balance sheet channel. On the one hand, banks are less sensitive to monetary policy due to the limited loan entitlements under securitization. On the other hand, the negative relationship between security prices and the policy rate (and thus the effect of the policy rate on banks’ liquidity constraints) force securitizing banks to decrease/increase lending more than non-securitizing banks. It is beyond the scope of this paper to include the price of securities in the empirical specification. Given the implications of our simple model, however, it would be interesting for future studies to consider this variable in the estimation to investigate how and to what degree monetary policy is transmitted through its effects on security prices.