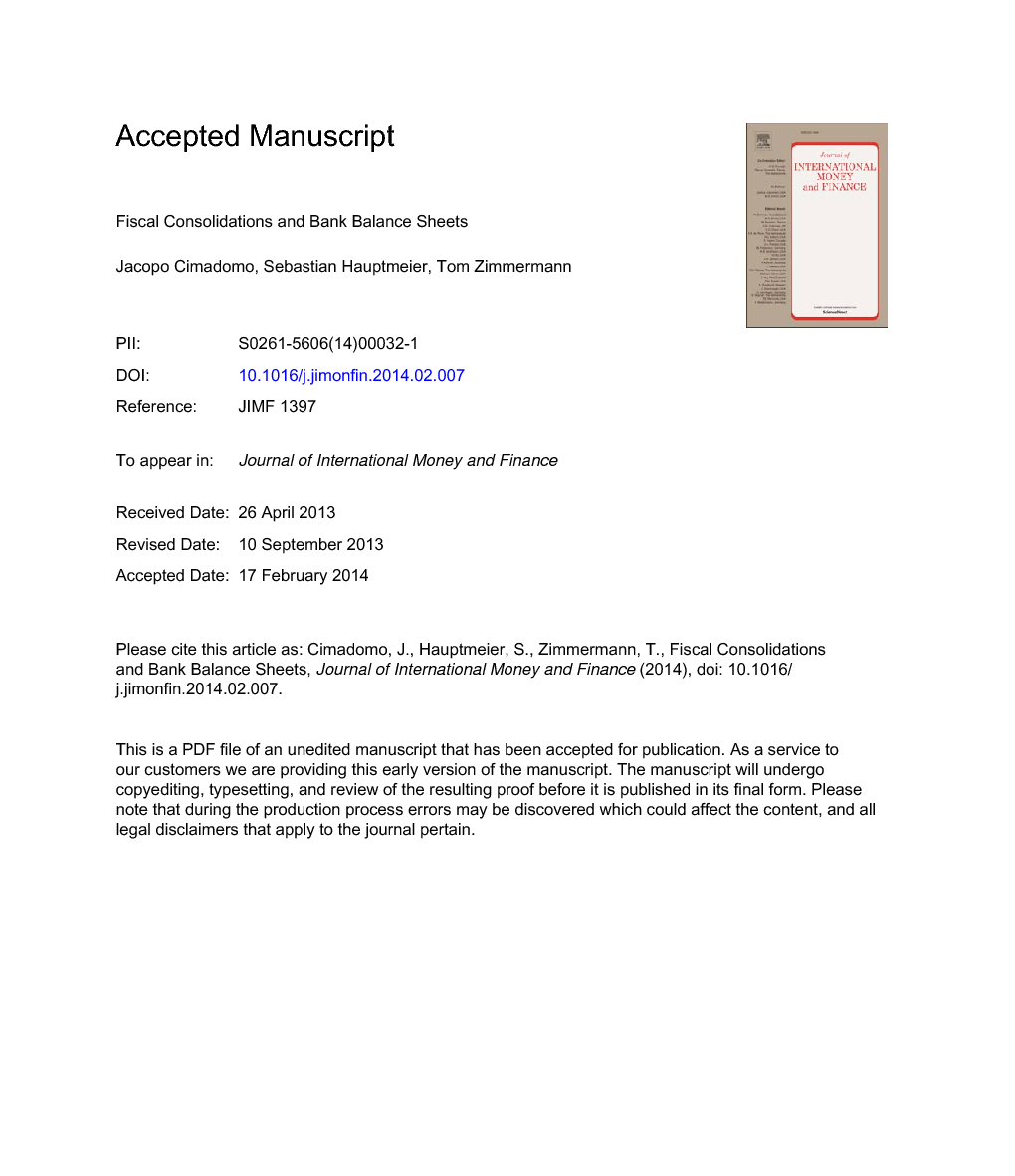 We empirically investigate the effects of fiscal policy on bank balance sheets, focusing on episodes of fiscal consolidation. To this aim, we employ a very large data set of individual banks’ balance sheets, combined with a newly compiled data set on fiscal consolidations. We find that standard capital adequacy ratios such as the Tier-1 ratio tend to improve following episodes of fiscal consolidation: for the median bank in our sample, a 1% of GDP fiscal consolidation increases the Tier-1 capital ratio by around 1.5 percentage points over two years. Our results suggest that this improvement results from a portfolio re-balancing from private to public debt securities which reduces the risk-weighted value of assets. In fact, if fiscal adjustment efforts are perceived as structural policy changes that improve the sustainability of public finances and, therefore, reduces credit risk, the banks’ demand for government securities should increase relative to other assets.

The existing literature has not yet explored in much detail, neither empirically nor theoretically, the potential transmission from scal policy to bank balance sheets. This paper analyzes the eects of scal consolidations on banking sector stability. It argues that if a scal adjustment is perceived to reduce the credit risk of a sovereign borrower, a bank's demand for the bonds of this issuer should increase relative to other assets, thereby changing the bank's portfolio in the direction of a lower risk composition. This would improve standard capital adequacy ratios, such as the Tier-1 ratio, which have been shown to be good predictors for the likelihood of a bank failure. We empirically test this hypothesis using disaggregated bank balance sheet data for 17 countries from 1994 to 2009. As a measure of scal consolidations, we rely on a newly constructed data set that uses historical accounts to build a large country panel of episodes of scal consolidations. We nd that scal consolidations indeed are associated with an improvement in banks' capital bases, a result that is robust with respect to dierent panel estimation approaches, and that is strongly driven by commercial banks. Our results suggest that the improvement of capital ratios is attributed to banks re-balancing their portfolios from private securities to government securities.