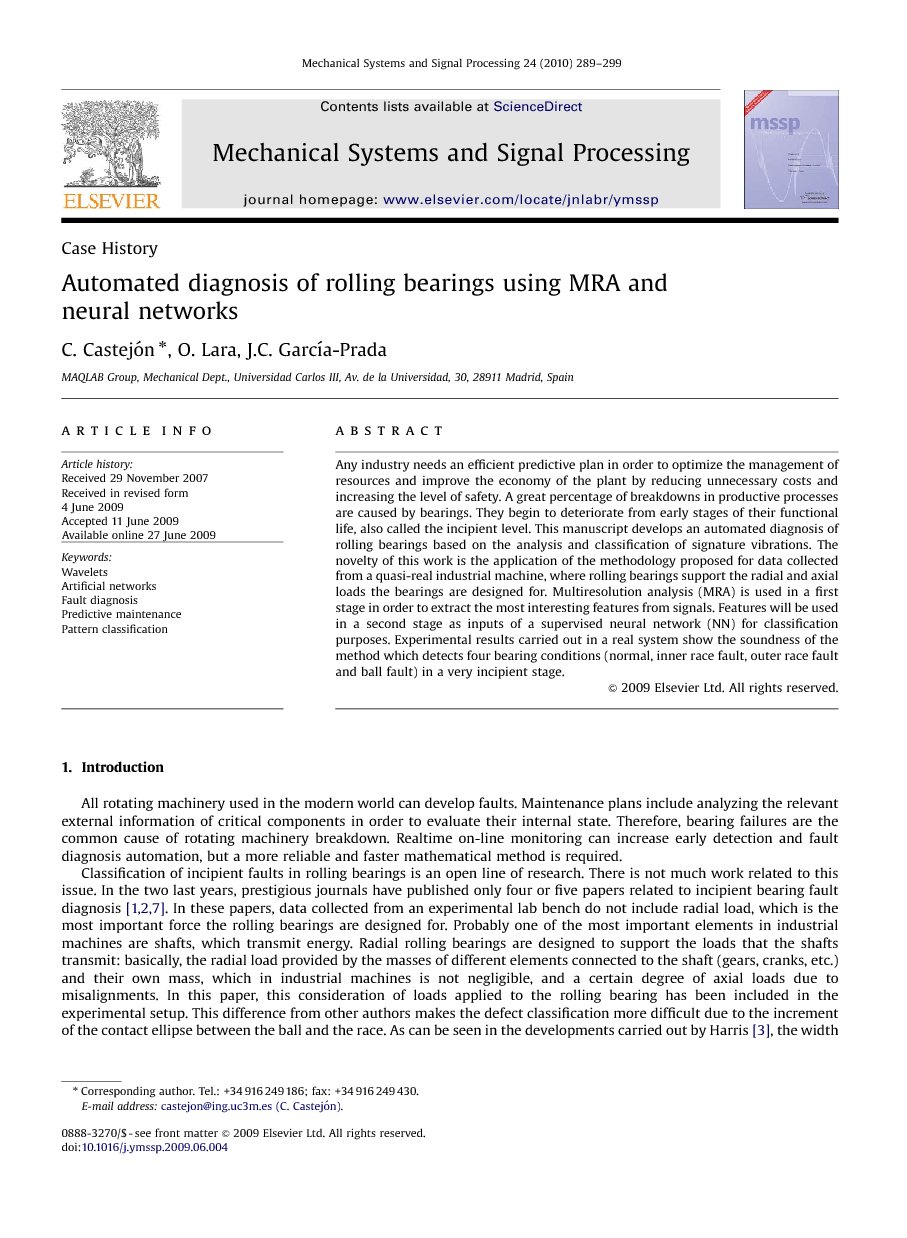 Any industry needs an efficient predictive plan in order to optimize the management of resources and improve the economy of the plant by reducing unnecessary costs and increasing the level of safety. A great percentage of breakdowns in productive processes are caused by bearings. They begin to deteriorate from early stages of their functional life, also called the incipient level. This manuscript develops an automated diagnosis of rolling bearings based on the analysis and classification of signature vibrations. The novelty of this work is the application of the methodology proposed for data collected from a quasi-real industrial machine, where rolling bearings support the radial and axial loads the bearings are designed for. Multiresolution analysis (MRA) is used in a first stage in order to extract the most interesting features from signals. Features will be used in a second stage as inputs of a supervised neural network (NN) for classification purposes. Experimental results carried out in a real system show the soundness of the method which detects four bearing conditions (normal, inner race fault, outer race fault and ball fault) in a very incipient stage.

In this manuscript, an automatic fault classification technique based on MRA and neural networks has been developed. The difficulty in classifying bearing conditions from data provided by a real machine is also stated in this work. The neural network MLP can be used to classify the bearing condition in a very incipient stage with a success rate of up to 80%. DWT can reliably extract features for classification tasks, allowing early fault detection at incipient levels. Since the basis functions used on the WT are compactly supported, wavelets have good properties of energy concentration. Furthermore, the proposed absolute classification method lets us take a measure of the accuracy in well classified bearings and not in classified signals. The method values the diagnosis repetition and lets us continuously evaluate the dynamic state of the system, knowing the change of fault state in advance. The method proposed lets us automate the complete maintenance process in a real industry.