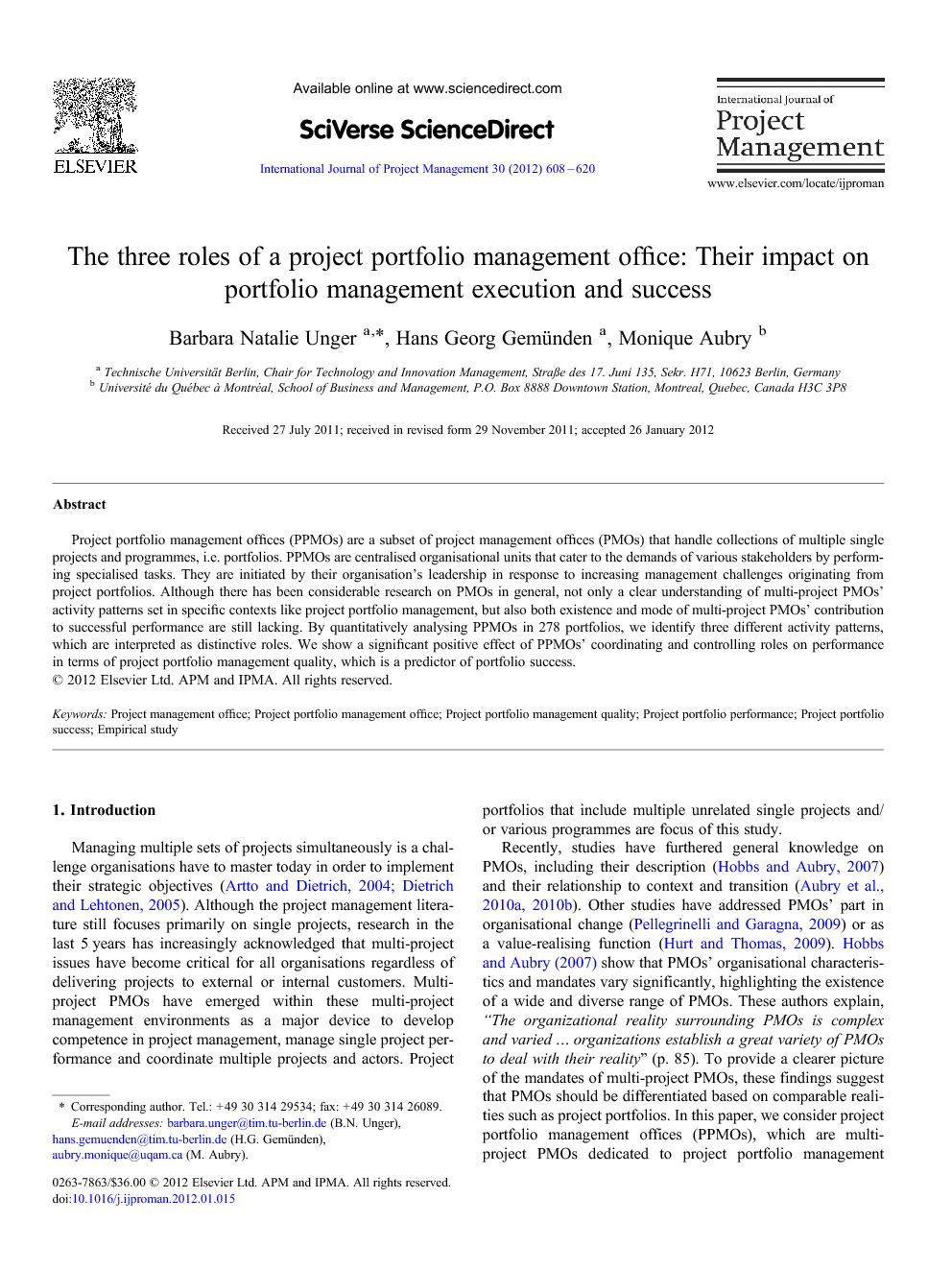 Project portfolio management offices (PPMOs) are a subset of project management offices (PMOs) that handle collections of multiple single projects and programmes, i.e. portfolios. PPMOs are centralised organisational units that cater to the demands of various stakeholders by performing specialised tasks. They are initiated by their organisation's leadership in response to increasing management challenges originating from project portfolios. Although there has been considerable research on PMOs in general, not only a clear understanding of multi-project PMOs' activity patterns set in specific contexts like project portfolio management, but also both existence and mode of multi-project PMOs' contribution to successful performance are still lacking. By quantitatively analysing PPMOs in 278 portfolios, we identify three different activity patterns, which are interpreted as distinctive roles. We show a significant positive effect of PPMOs' coordinating and controlling roles on performance in terms of project portfolio management quality, which is a predictor of portfolio success.