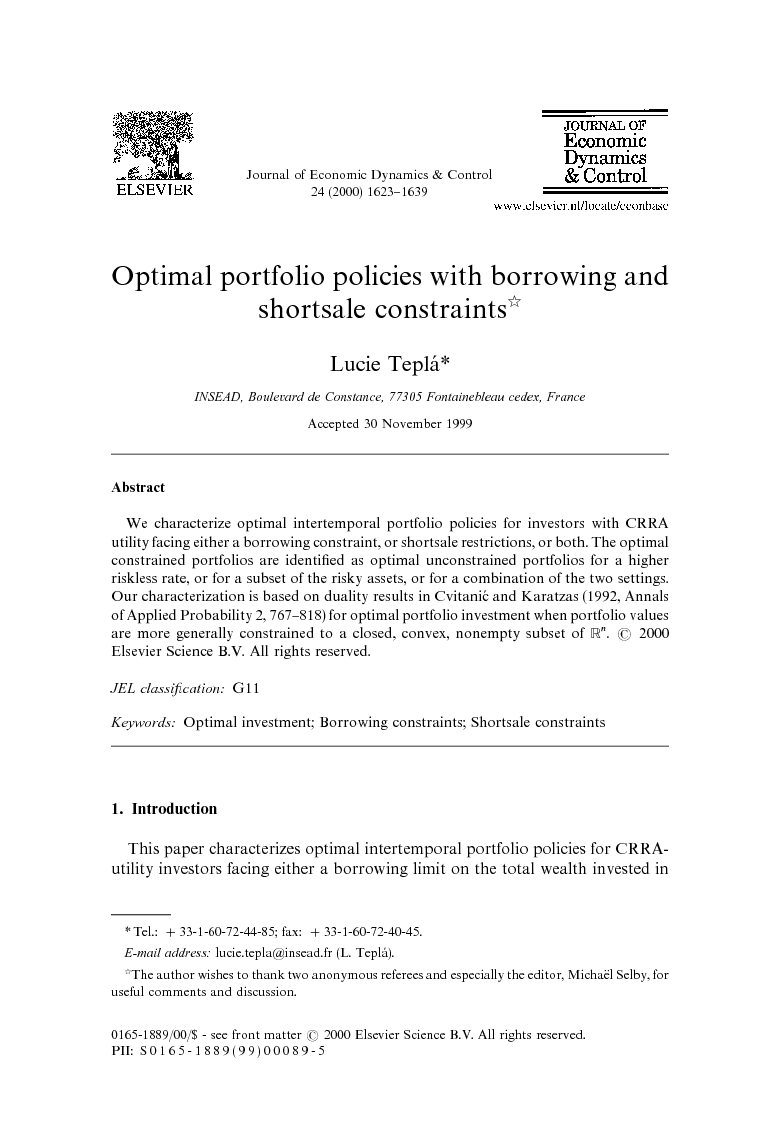 We characterize optimal intertemporal portfolio policies for investors with CRRA utility facing either a borrowing constraint, or shortsale restrictions, or both. The optimal constrained portfolios are identified as optimal unconstrained portfolios for a higher riskless rate, or for a subset of the risky assets, or for a combination of the two settings. Our characterization is based on duality results in Cvitanić and Karatzas (1992, Annals of Applied Probability 2, 767–818) for optimal portfolio investment when portfolio values are more generally constrained to a closed, convex, nonempty subset.

The goal of the above analysis has been to determine the investor 's optimal portfolio policy under various constraints by identifying the vector v H Summarizing our results, we have shown that v H is characterized as follows: Thus, in the presence of both borrowing and shortsale constraints,v H can be broken down into a borrowing-constrained component, /)1, and a shortsale- constrained component, u H.ThisdecompositionallowsustolinkPropositions 2 and 3. While having very similar interpretations, the conditions underlying these two propositions (v H i 5 0and v H i'/,respectively, in each case for any asset i for which the shortsale constraint is binding) appear somewhat di !erent in nature. However, from (iii) above we see that the condition in Proposition 3 can be restated in terms of the shortsale-constrained component of v H as u H i 0. Thus the condition being interpreted is essentially the same in both propositions.