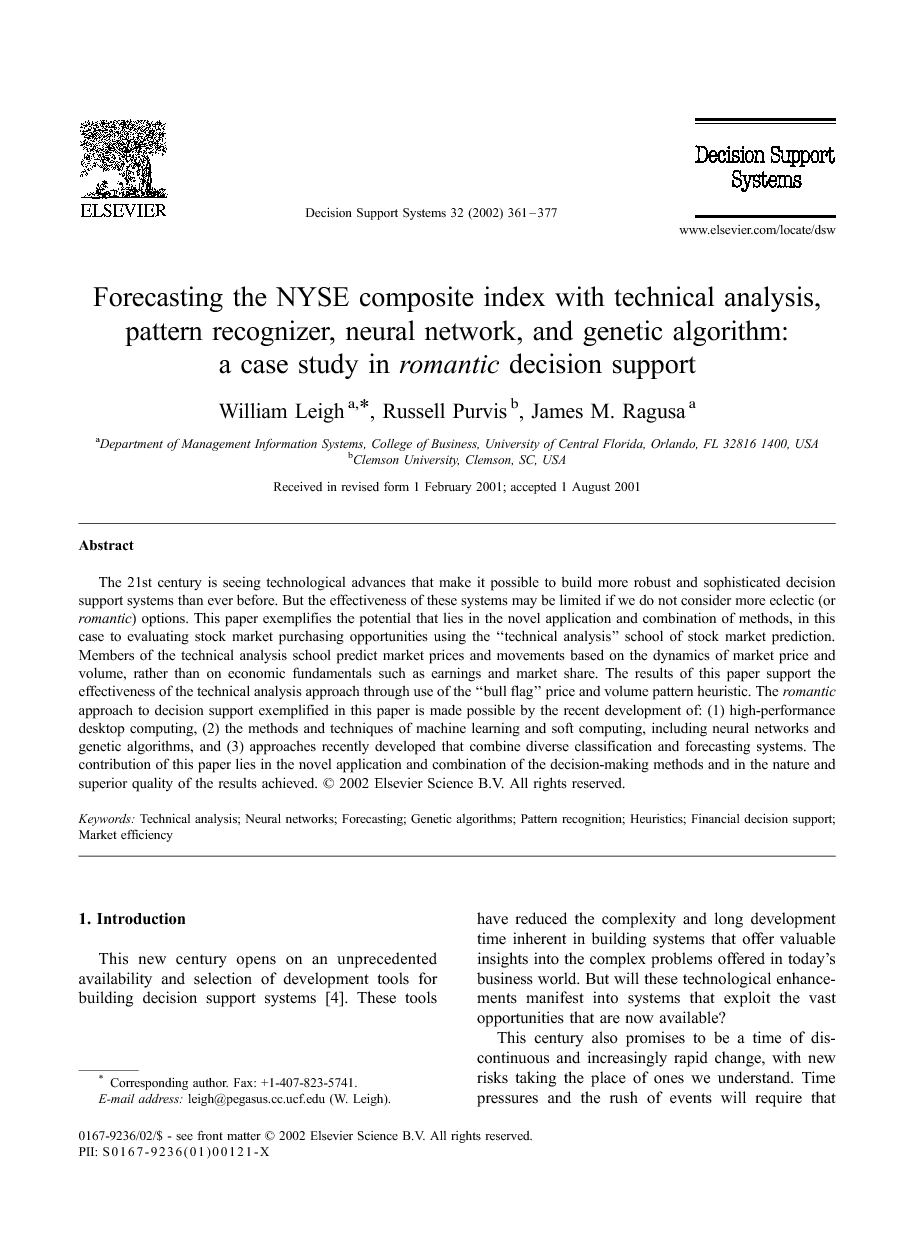 The 21st century is seeing technological advances that make it possible to build more robust and sophisticated decision support systems than ever before. But the effectiveness of these systems may be limited if we do not consider more eclectic (or romantic) options. This paper exemplifies the potential that lies in the novel application and combination of methods, in this case to evaluating stock market purchasing opportunities using the “technical analysis” school of stock market prediction. Members of the technical analysis school predict market prices and movements based on the dynamics of market price and volume, rather than on economic fundamentals such as earnings and market share. The results of this paper support the effectiveness of the technical analysis approach through use of the “bull flag” price and volume pattern heuristic. The romantic approach to decision support exemplified in this paper is made possible by the recent development of: (1) high-performance desktop computing, (2) the methods and techniques of machine learning and soft computing, including neural networks and genetic algorithms, and (3) approaches recently developed that combine diverse classification and forecasting systems. The contribution of this paper lies in the novel application and combination of the decision-making methods and in the nature and superior quality of the results achieved.

We foresee that research and practice in DSS is entering a romantic period characterized by the use of combinations of recently developed and exotic-seeming decision analysis and data modeling tools, highly nonlinear and connectionist models, machine learning techniques, the employment of high-performance computing and gigantic data warehouses on and from the desktop, and by iconoclastic attitudes toward existing theories and accepted beliefs. The experiments reported herein combine pattern recognition, neural network, and genetic algorithm techniques in a novel way to forecast price changes for the NYSE Composite Index, illustrate the romantic style of DSS, and exemplify the superior decision-making results that may be achieved through this approach. In addition, the high quality of the results attained in the experiments reported in this paper spotlights the potential value of stock market technical analysis, particularly the pattern heuristics of technical analysis.