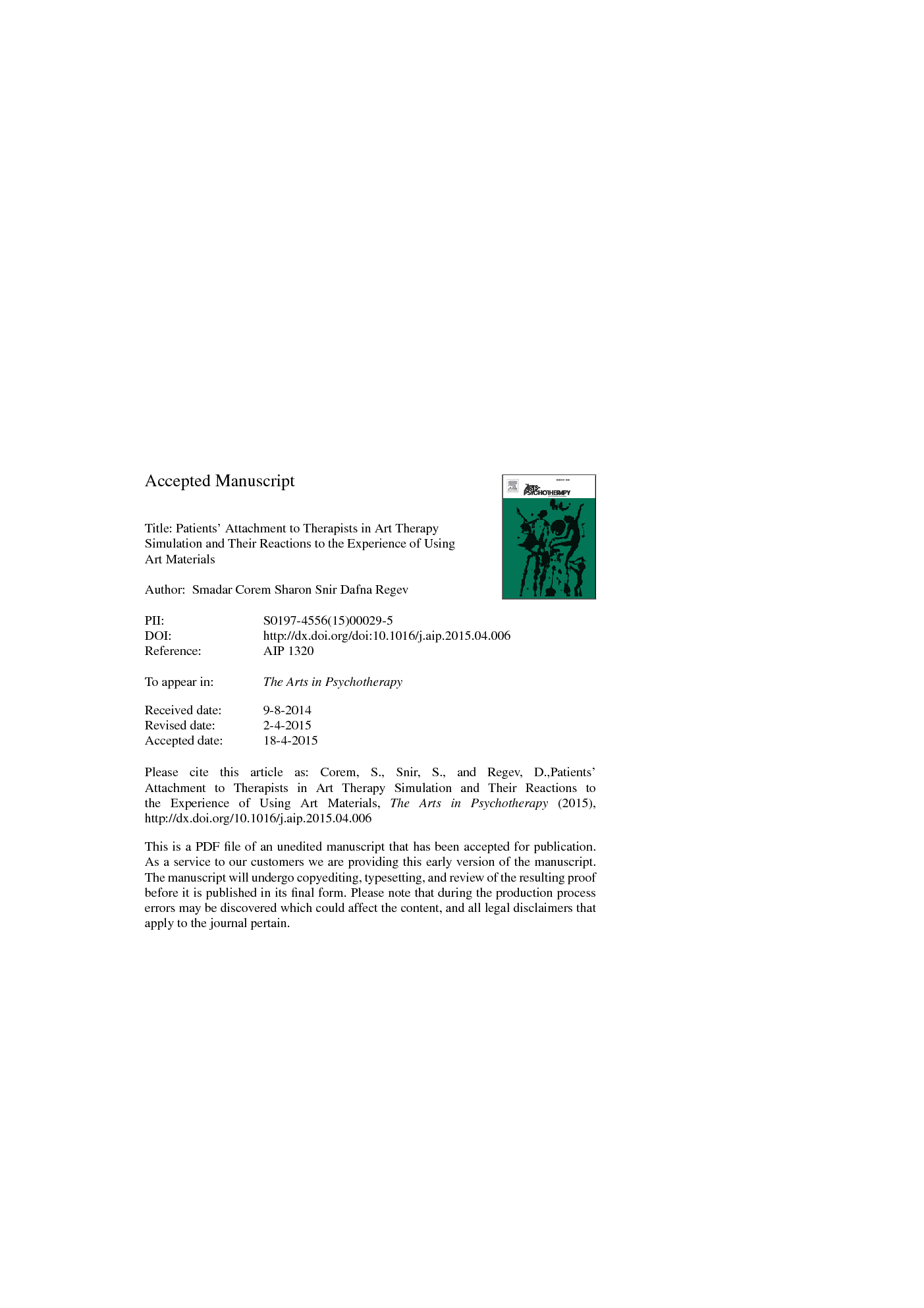 This study investigated the relationship between characteristics of the therapeutic relationship formed in an art therapy simulation and patients’ attitudes to the use of art materials in the therapeutic session. Fifty-one students, all women, who played the creator/patient role in the simulation, agreed to participate in the study. After the sixth of eight scheduled simulation sessions, the participants filled out the Client Attachment to Therapist Scale (CATS), the Art-Based Intervention Questionnaire (ABI), and the Session Evaluation Questionnaire (SEQ). The results suggest that the higher the creator/patients’ security of attachment to the observer/therapist in the simulation, the more positive the experience of working with art materials. Further, the greater the avoidance reported in the relationship with the observer/therapist during the simulation, the more negative the experience of working with art materials. No correlations were found between anxious-ambivalent attachment to the observer/therapist and the creator/patients’ attitudes toward the creative process. The discussion explores these findings in terms of Attachment Theory.