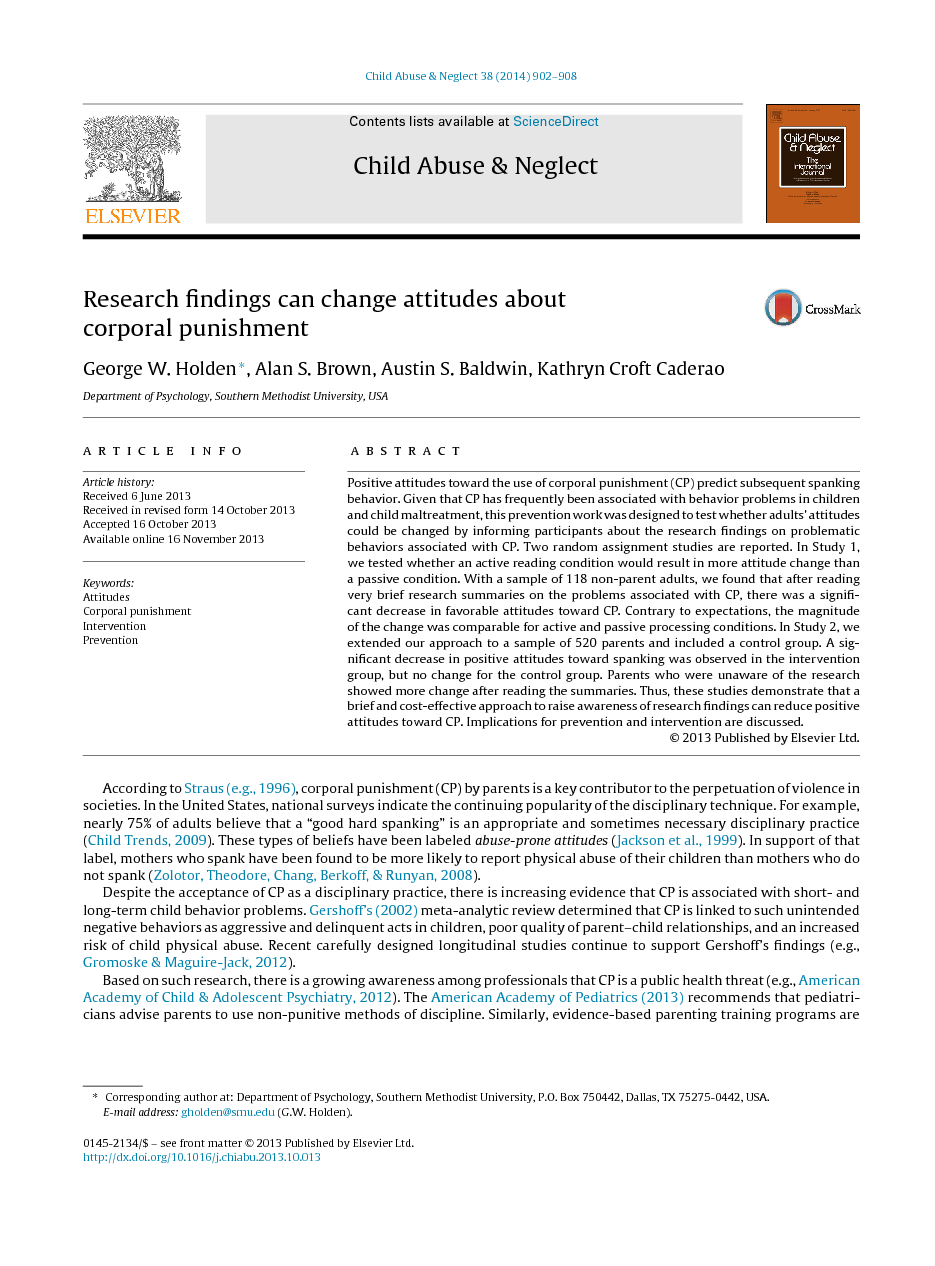 Positive attitudes toward the use of corporal punishment (CP) predict subsequent spanking behavior. Given that CP has frequently been associated with behavior problems in children and child maltreatment, this prevention work was designed to test whether adults’ attitudes could be changed by informing participants about the research findings on problematic behaviors associated with CP. Two random assignment studies are reported. In Study 1, we tested whether an active reading condition would result in more attitude change than a passive condition. With a sample of 118 non-parent adults, we found that after reading very brief research summaries on the problems associated with CP, there was a significant decrease in favorable attitudes toward CP. Contrary to expectations, the magnitude of the change was comparable for active and passive processing conditions. In Study 2, we extended our approach to a sample of 520 parents and included a control group. A significant decrease in positive attitudes toward spanking was observed in the intervention group, but no change for the control group. Parents who were unaware of the research showed more change after reading the summaries. Thus, these studies demonstrate that a brief and cost-effective approach to raise awareness of research findings can reduce positive attitudes toward CP. Implications for prevention and intervention are discussed.