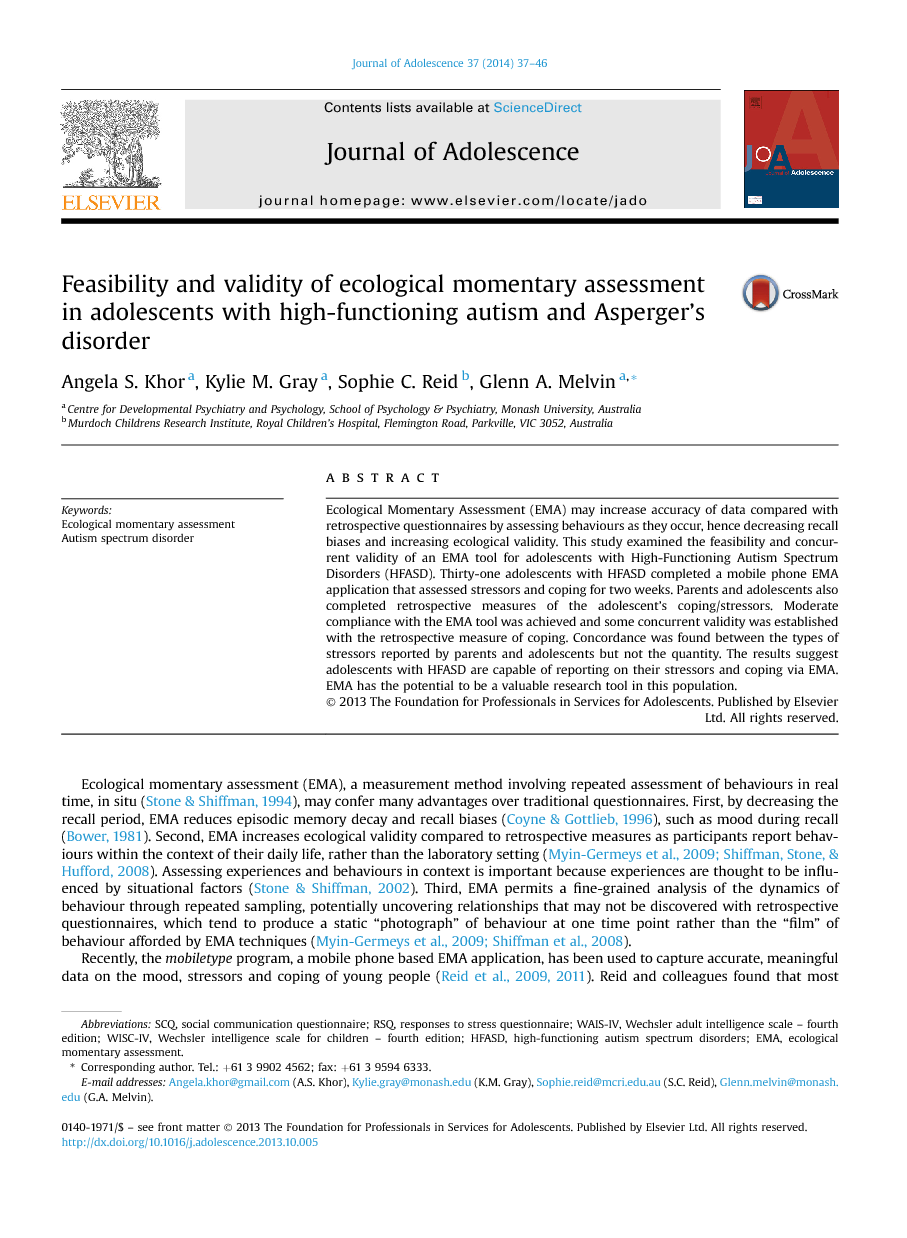 Ecological Momentary Assessment (EMA) may increase accuracy of data compared with retrospective questionnaires by assessing behaviours as they occur, hence decreasing recall biases and increasing ecological validity. This study examined the feasibility and concurrent validity of an EMA tool for adolescents with High-Functioning Autism Spectrum Disorders (HFASD). Thirty-one adolescents with HFASD completed a mobile phone EMA application that assessed stressors and coping for two weeks. Parents and adolescents also completed retrospective measures of the adolescent's coping/stressors. Moderate compliance with the EMA tool was achieved and some concurrent validity was established with the retrospective measure of coping. Concordance was found between the types of stressors reported by parents and adolescents but not the quantity. The results suggest adolescents with HFASD are capable of reporting on their stressors and coping via EMA. EMA has the potential to be a valuable research tool in this population.