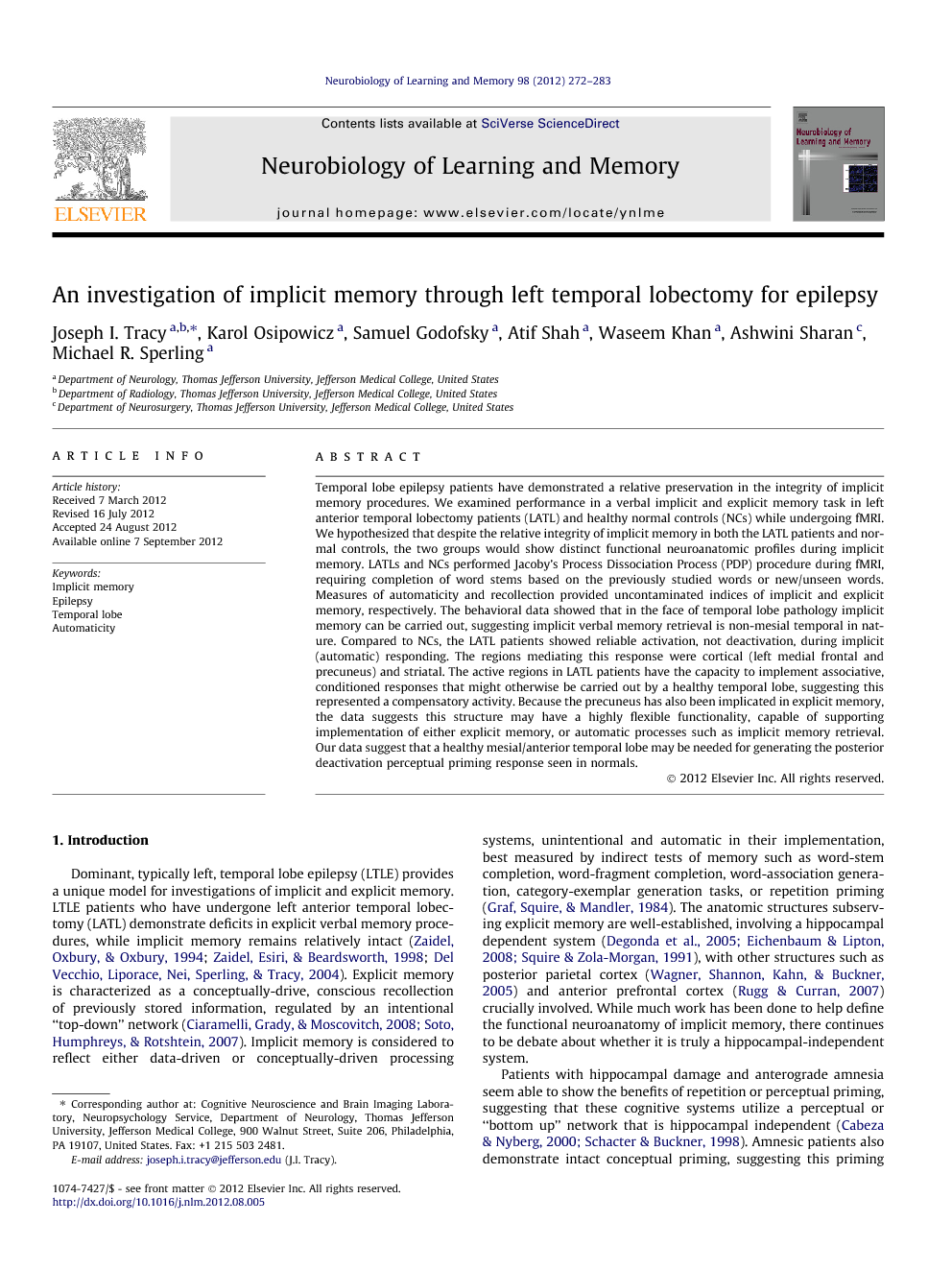 Temporal lobe epilepsy patients have demonstrated a relative preservation in the integrity of implicit memory procedures. We examined performance in a verbal implicit and explicit memory task in left anterior temporal lobectomy patients (LATL) and healthy normal controls (NCs) while undergoing fMRI. We hypothesized that despite the relative integrity of implicit memory in both the LATL patients and normal controls, the two groups would show distinct functional neuroanatomic profiles during implicit memory. LATLs and NCs performed Jacoby’s Process Dissociation Process (PDP) procedure during fMRI, requiring completion of word stems based on the previously studied words or new/unseen words. Measures of automaticity and recollection provided uncontaminated indices of implicit and explicit memory, respectively. The behavioral data showed that in the face of temporal lobe pathology implicit memory can be carried out, suggesting implicit verbal memory retrieval is non-mesial temporal in nature. Compared to NCs, the LATL patients showed reliable activation, not deactivation, during implicit (automatic) responding. The regions mediating this response were cortical (left medial frontal and precuneus) and striatal. The active regions in LATL patients have the capacity to implement associative, conditioned responses that might otherwise be carried out by a healthy temporal lobe, suggesting this represented a compensatory activity. Because the precuneus has also been implicated in explicit memory, the data suggests this structure may have a highly flexible functionality, capable of supporting implementation of either explicit memory, or automatic processes such as implicit memory retrieval. Our data suggest that a healthy mesial/anterior temporal lobe may be needed for generating the posterior deactivation perceptual priming response seen in normals.