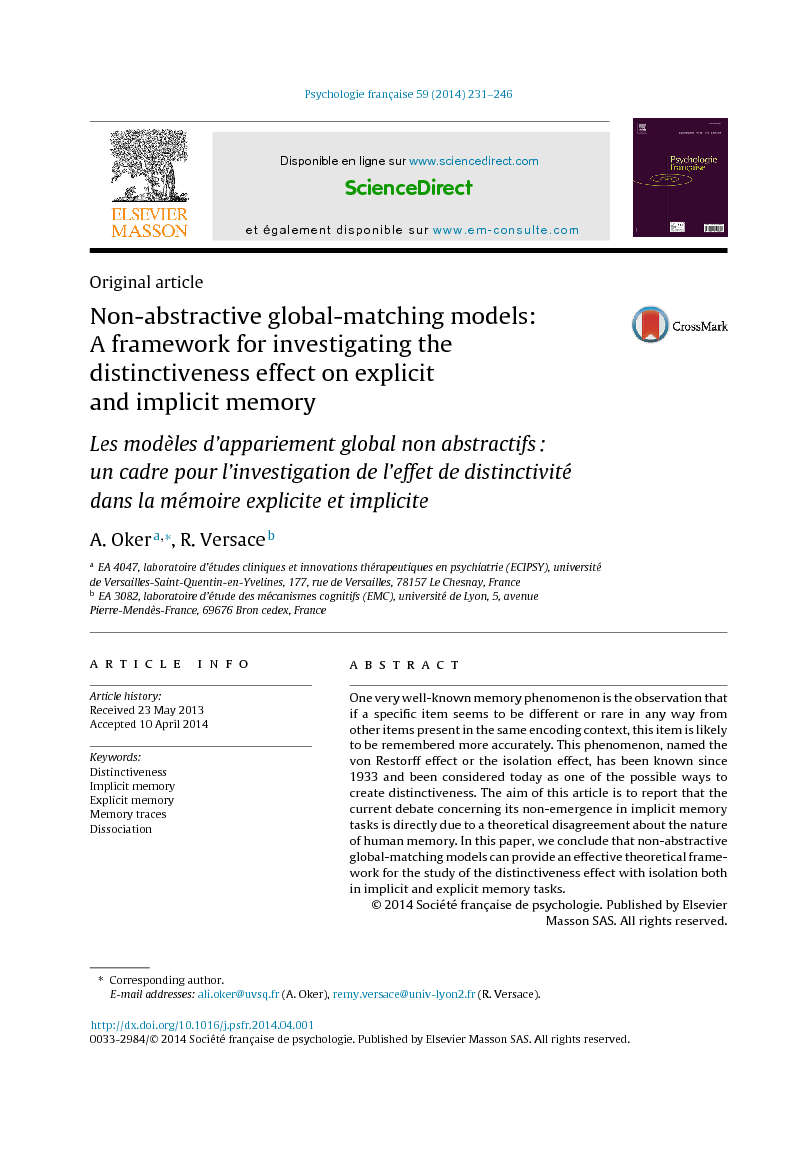 One very well-known memory phenomenon is the observation that if a specific item seems to be different or rare in any way from other items present in the same encoding context, this item is likely to be remembered more accurately. This phenomenon, named the von Restorff effect or the isolation effect, has been known since 1933 and been considered today as one of the possible ways to create distinctiveness. The aim of this article is to report that the current debate concerning its non-emergence in implicit memory tasks is directly due to a theoretical disagreement about the nature of human memory. In this paper, we conclude that non-abstractive global-matching models can provide an effective theoretical framework for the study of the distinctiveness effect with isolation both in implicit and explicit memory tasks.