عنوان انگلیسی
Images of mother, self, and God as predictors of dysphoria in non-clinical samples
دانلود فوری مقاله + سفارش ترجمه 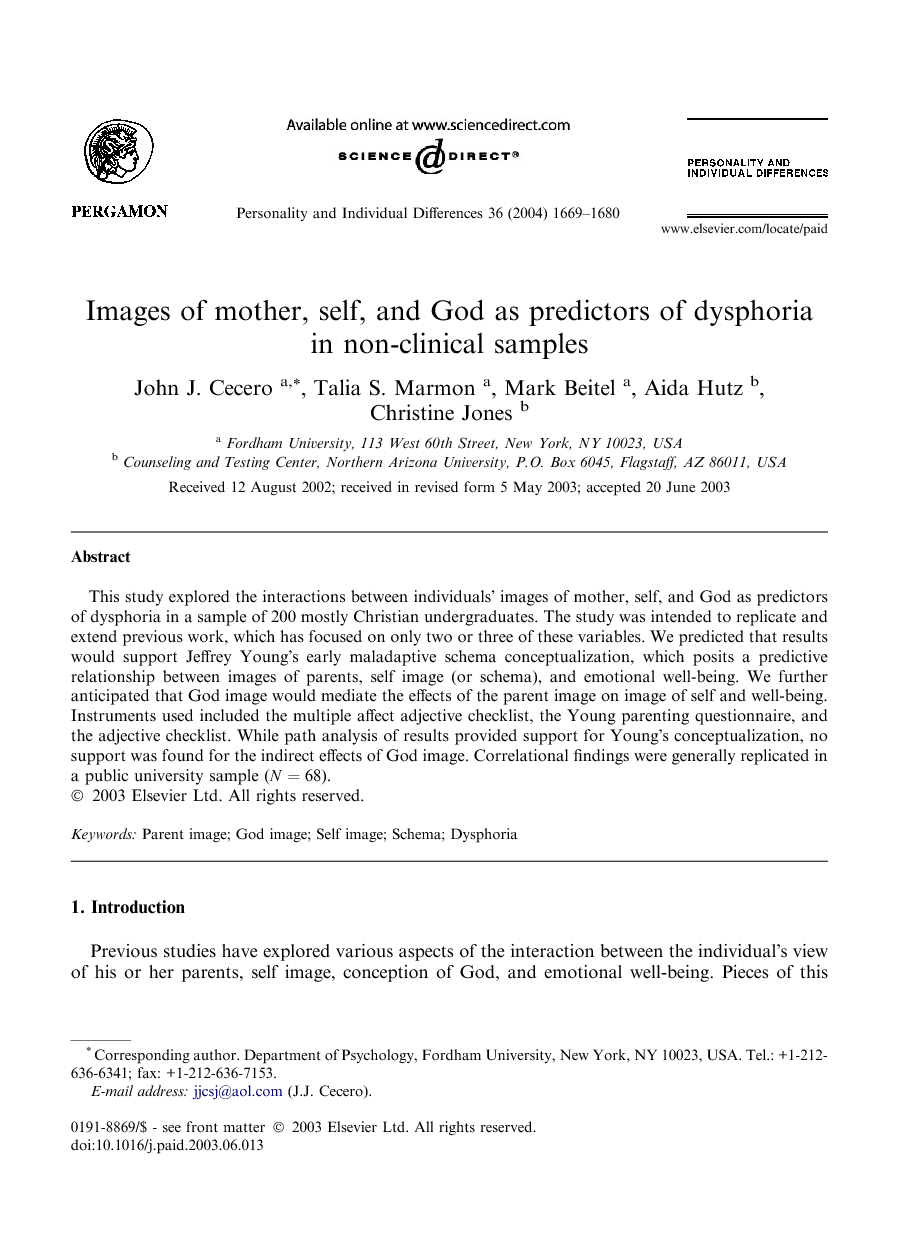 This study explored the interactions between individuals' images of mother, self, and God as predictors of dysphoria in a sample of 200 mostly Christian undergraduates. The study was intended to replicate and extend previous work, which has focused on only two or three of these variables. We predicted that results would support Jeffrey Young's early maladaptive schema conceptualization, which posits a predictive relationship between images of parents, self image (or schema), and emotional well-being. We further anticipated that God image would mediate the effects of the parent image on image of self and well-being. Instruments used included the multiple affect adjective checklist, the Young parenting questionnaire, and the adjective checklist. While path analysis of results provided support for Young's conceptualization, no support was found for the indirect effects of God image. Correlational findings were generally replicated in a public university sample (N=68).