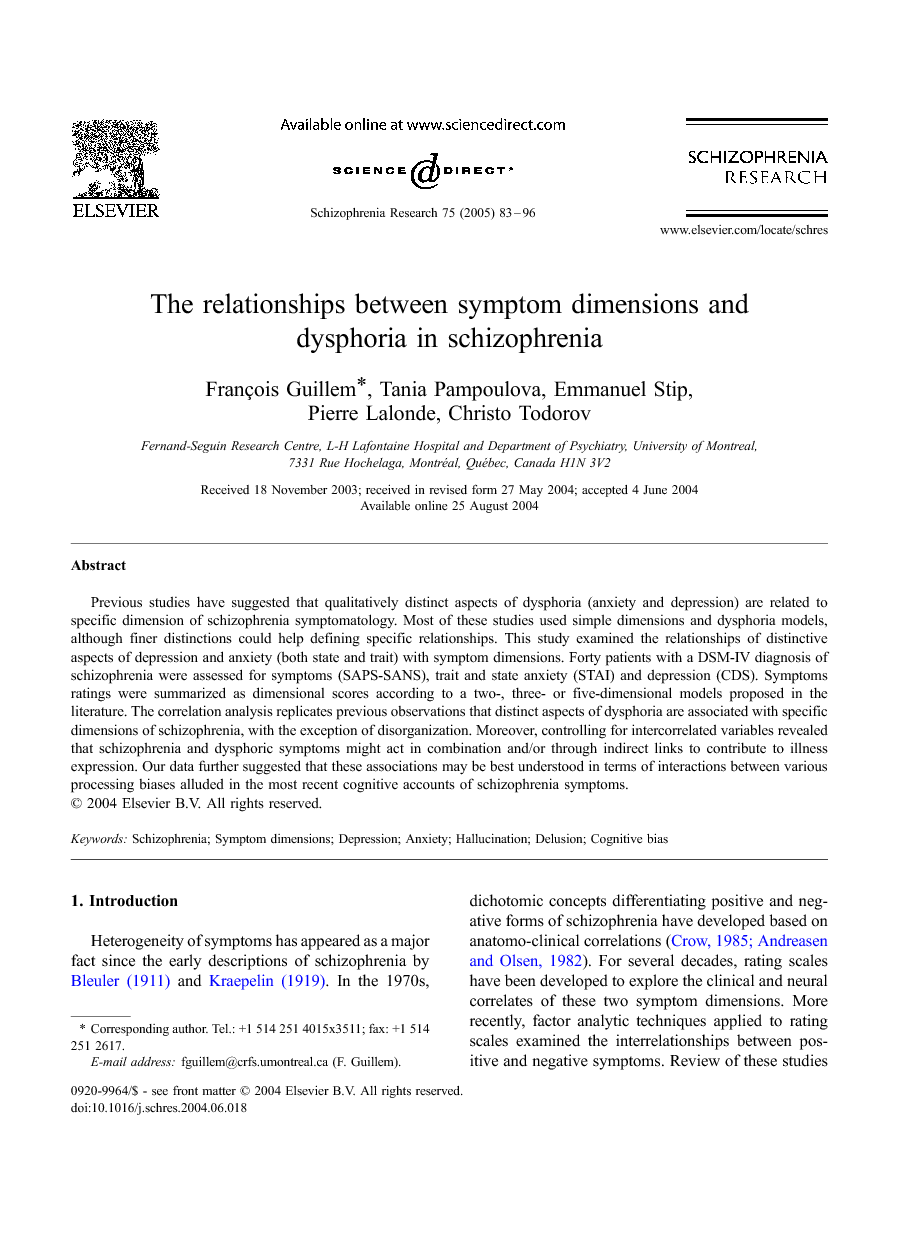 Previous studies have suggested that qualitatively distinct aspects of dysphoria (anxiety and depression) are related to specific dimension of schizophrenia symptomatology. Most of these studies used simple dimensions and dysphoria models, although finer distinctions could help defining specific relationships. This study examined the relationships of distinctive aspects of depression and anxiety (both state and trait) with symptom dimensions. Forty patients with a DSM-IV diagnosis of schizophrenia were assessed for symptoms (SAPS-SANS), trait and state anxiety (STAI) and depression (CDS). Symptoms ratings were summarized as dimensional scores according to a two-, three- or five-dimensional models proposed in the literature. The correlation analysis replicates previous observations that distinct aspects of dysphoria are associated with specific dimensions of schizophrenia, with the exception of disorganization. Moreover, controlling for intercorrelated variables revealed that schizophrenia and dysphoric symptoms might act in combination and/or through indirect links to contribute to illness expression. Our data further suggested that these associations may be best understood in terms of interactions between various processing biases alluded in the most recent cognitive accounts of schizophrenia symptoms.