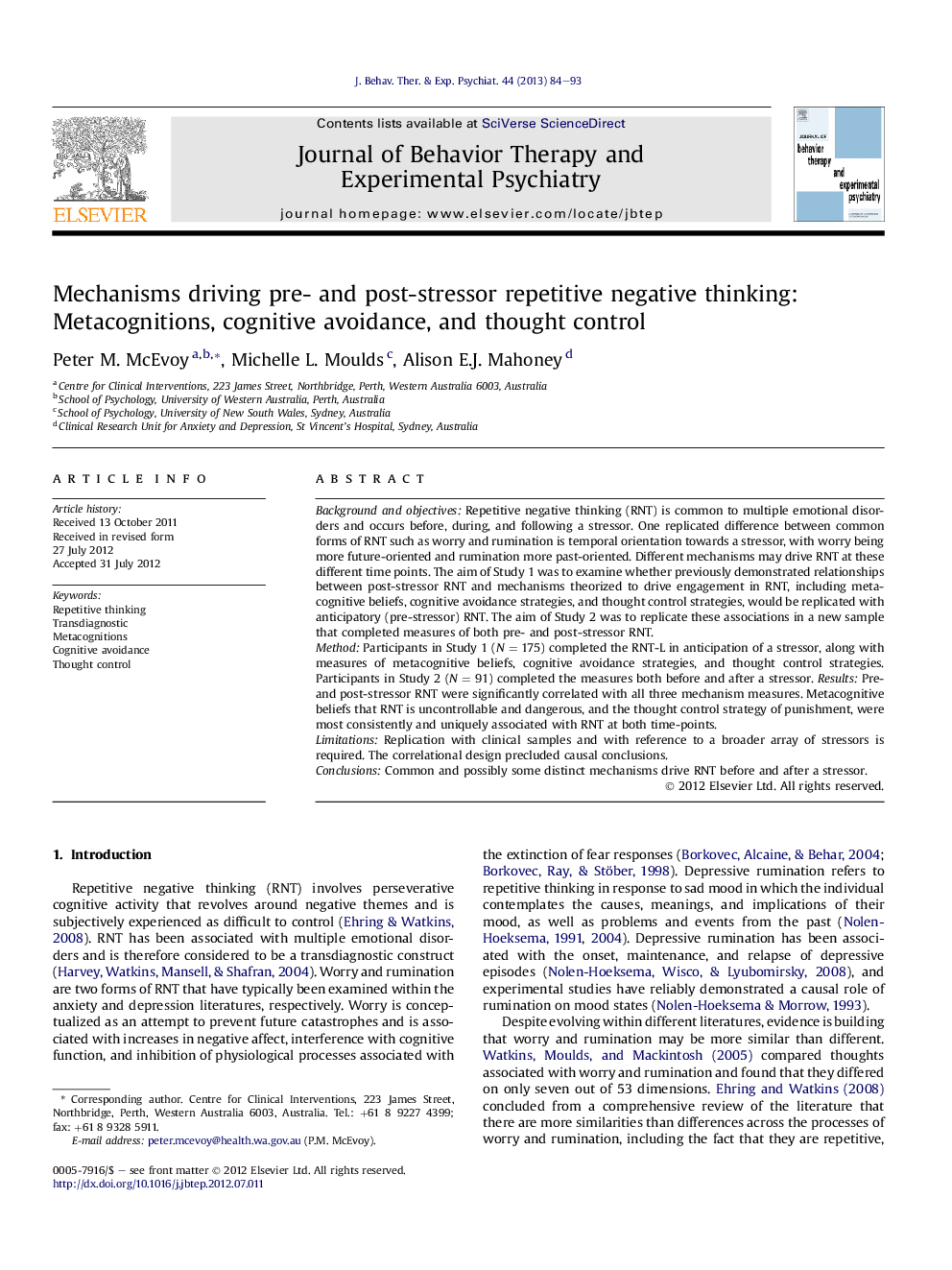 Background and objectives Repetitive negative thinking (RNT) is common to multiple emotional disorders and occurs before, during, and following a stressor. One replicated difference between common forms of RNT such as worry and rumination is temporal orientation towards a stressor, with worry being more future-oriented and rumination more past-oriented. Different mechanisms may drive RNT at these different time points. The aim of Study 1 was to examine whether previously demonstrated relationships between post-stressor RNT and mechanisms theorized to drive engagement in RNT, including metacognitive beliefs, cognitive avoidance strategies, and thought control strategies, would be replicated with anticipatory (pre-stressor) RNT. The aim of Study 2 was to replicate these associations in a new sample that completed measures of both pre- and post-stressor RNT. Method Participants in Study 1 (N = 175) completed the RNT-L in anticipation of a stressor, along with measures of metacognitive beliefs, cognitive avoidance strategies, and thought control strategies. Participants in Study 2 (N = 91) completed the measures both before and after a stressor. Results: Pre- and post-stressor RNT were significantly correlated with all three mechanism measures. Metacognitive beliefs that RNT is uncontrollable and dangerous, and the thought control strategy of punishment, were most consistently and uniquely associated with RNT at both time-points. Limitations Replication with clinical samples and with reference to a broader array of stressors is required. The correlational design precluded causal conclusions. Conclusions Common and possibly some distinct mechanisms drive RNT before and after a stressor.