عنوان انگلیسی
Fat talk and self-presentation of body image: Is there a social norm for women to self-degrade?
دانلود فوری مقاله + سفارش ترجمه 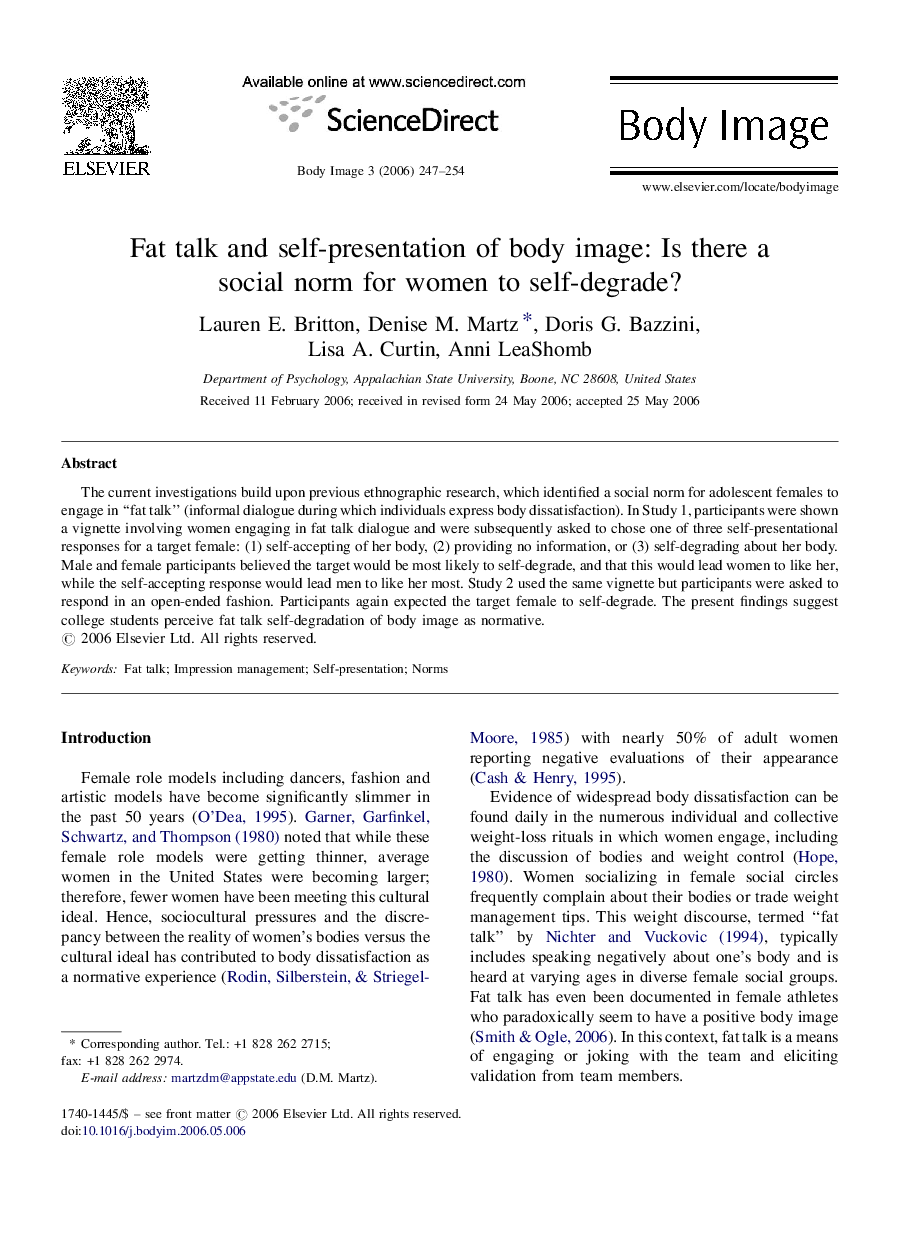 Abstract The current investigations build upon previous ethnographic research, which identified a social norm for adolescent females to engage in “fat talk” (informal dialogue during which individuals express body dissatisfaction). In Study 1, participants were shown a vignette involving women engaging in fat talk dialogue and were subsequently asked to chose one of three self-presentational responses for a target female: (1) self-accepting of her body, (2) providing no information, or (3) self-degrading about her body. Male and female participants believed the target would be most likely to self-degrade, and that this would lead women to like her, while the self-accepting response would lead men to like her most. Study 2 used the same vignette but participants were asked to respond in an open-ended fashion. Participants again expected the target female to self-degrade. The present findings suggest college students perceive fat talk self-degradation of body image as normative.