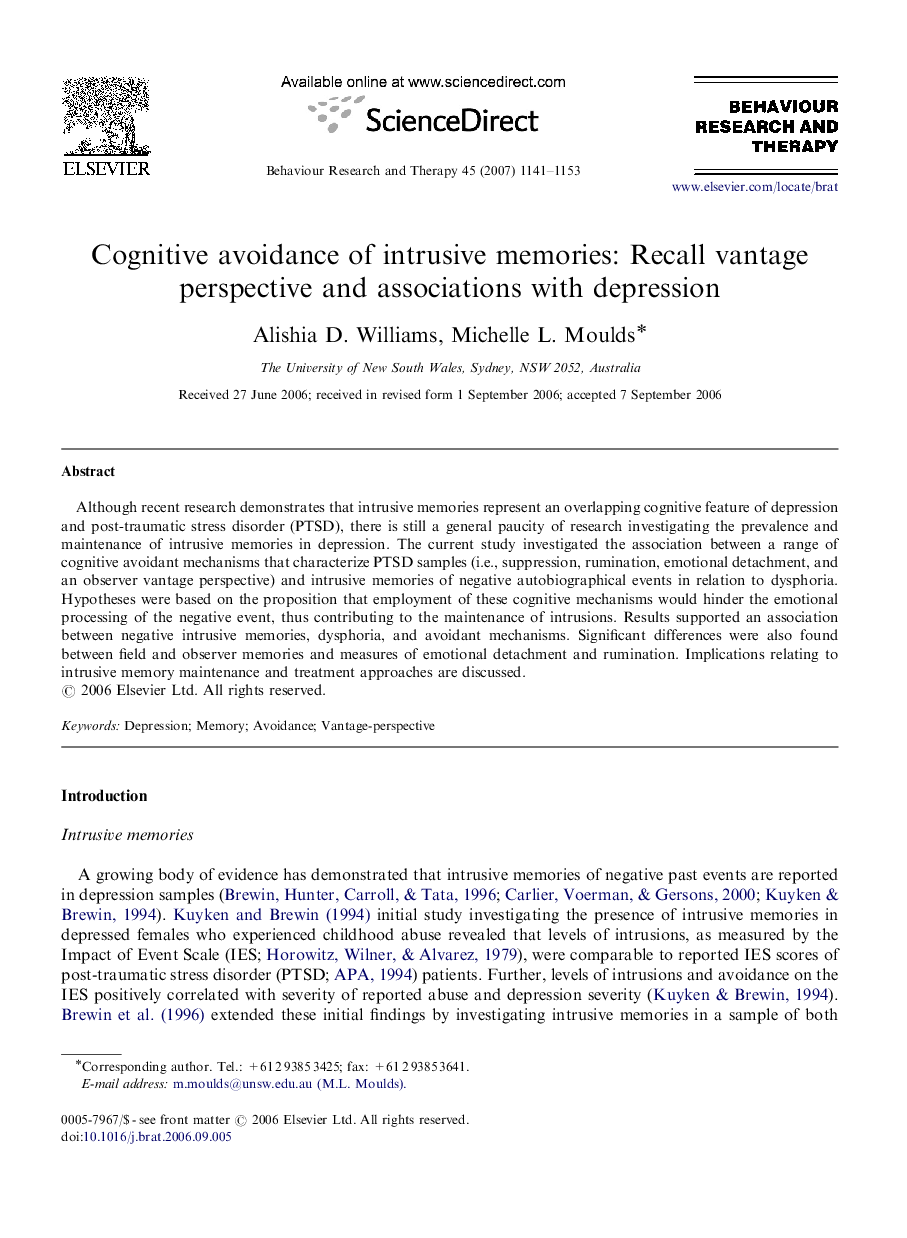 Abstract Although recent research demonstrates that intrusive memories represent an overlapping cognitive feature of depression and post-traumatic stress disorder (PTSD), there is still a general paucity of research investigating the prevalence and maintenance of intrusive memories in depression. The current study investigated the association between a range of cognitive avoidant mechanisms that characterize PTSD samples (i.e., suppression, rumination, emotional detachment, and an observer vantage perspective) and intrusive memories of negative autobiographical events in relation to dysphoria. Hypotheses were based on the proposition that employment of these cognitive mechanisms would hinder the emotional processing of the negative event, thus contributing to the maintenance of intrusions. Results supported an association between negative intrusive memories, dysphoria, and avoidant mechanisms. Significant differences were also found between field and observer memories and measures of emotional detachment and rumination. Implications relating to intrusive memory maintenance and treatment approaches are discussed.