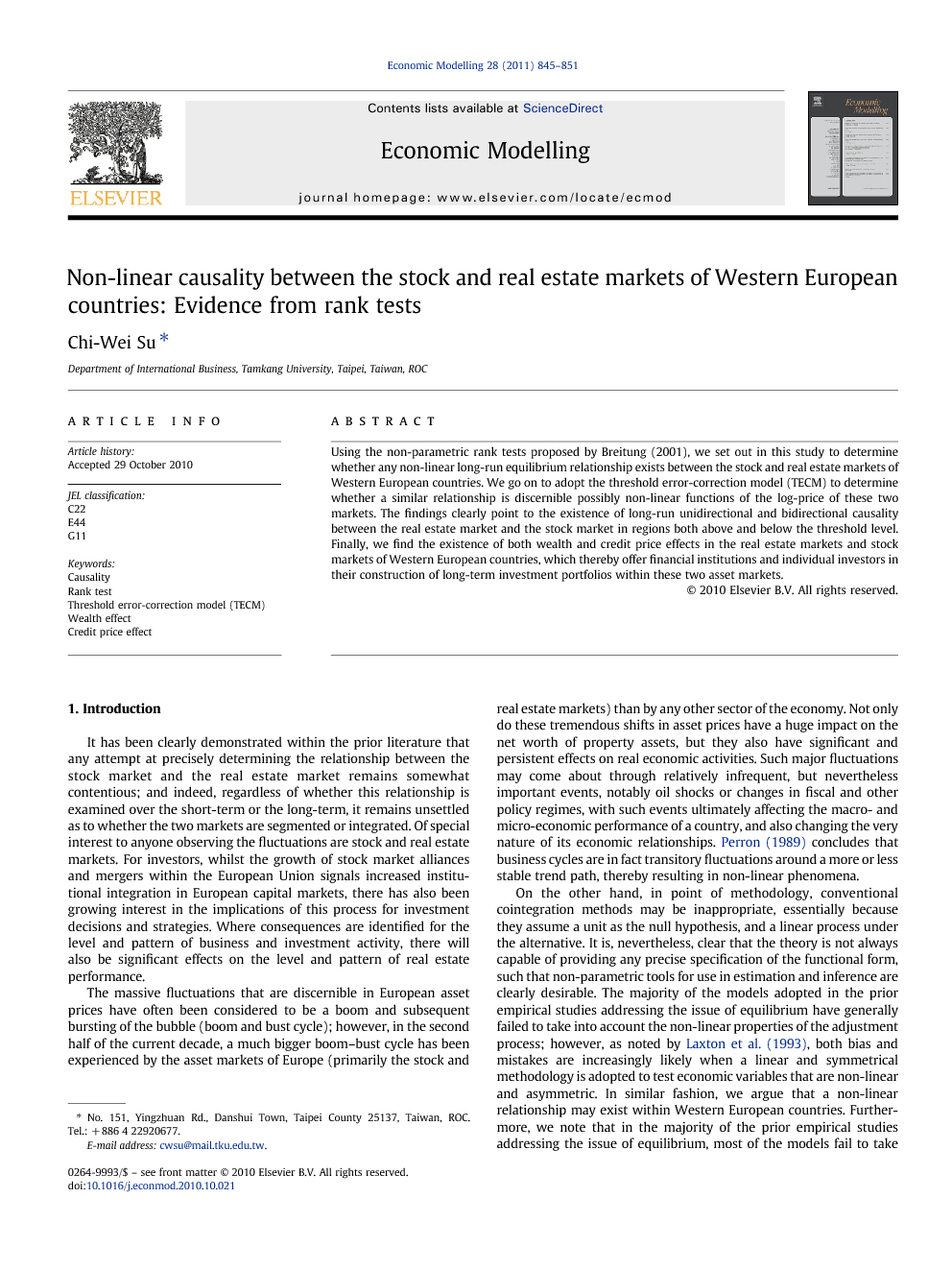 Using the non-parametric rank tests proposed by Breitung (2001), we set out in this study to determine whether any non-linear long-run equilibrium relationship exists between the stock and real estate markets of Western European countries. We go on to adopt the threshold error-correction model (TECM) to determine whether a similar relationship is discernible possibly non-linear functions of the log-price of these two markets. The findings clearly point to the existence of long-run unidirectional and bidirectional causality between the real estate market and the stock market in regions both above and below the threshold level. Finally, we find the existence of both wealth and credit price effects in the real estate markets and stock markets of Western European countries, which thereby offer financial institutions and individual investors in their construction of long-term investment portfolios within these two asset markets.

The primary aim of this study is to empirically investigate the long-run non-linear equilibrium relationship that exists within Western European countries using non-parametric rank test proposed by Breitung (2001). The rank tests cointegration method provides strong evidence of a long-run equilibrium relationship characterized by non-linear adjustment. Furthermore, we also find that an asymmetric error-correction model can be used to investigate the movement of the variables from their long-run equilibrium relationship. The Granger causality test results clearly point to unidirectional causality running from the real estate market to the stock market (the credit price effect) in the Germany, Netherlands and UK. We also find unidirectional causality running from the stock market to the real estate market (the wealth effect) in Belgium and Italy, as well as the existence of feedback effects in France, Spain and Switzerland. We conclude that in the long-run, asymmetric price transmissions do indeed exist between these two markets, both above and below the threshold. These findings consequently offer new evidence in support of the existence of long-run equilibrium relationships between the real estate market and the stock market, with asymmetric adjustment. This information could be made readily available to financial institutions and individual investors in Western European countries, to assist them in their construction of long-term investment portfolios within these two asset markets.