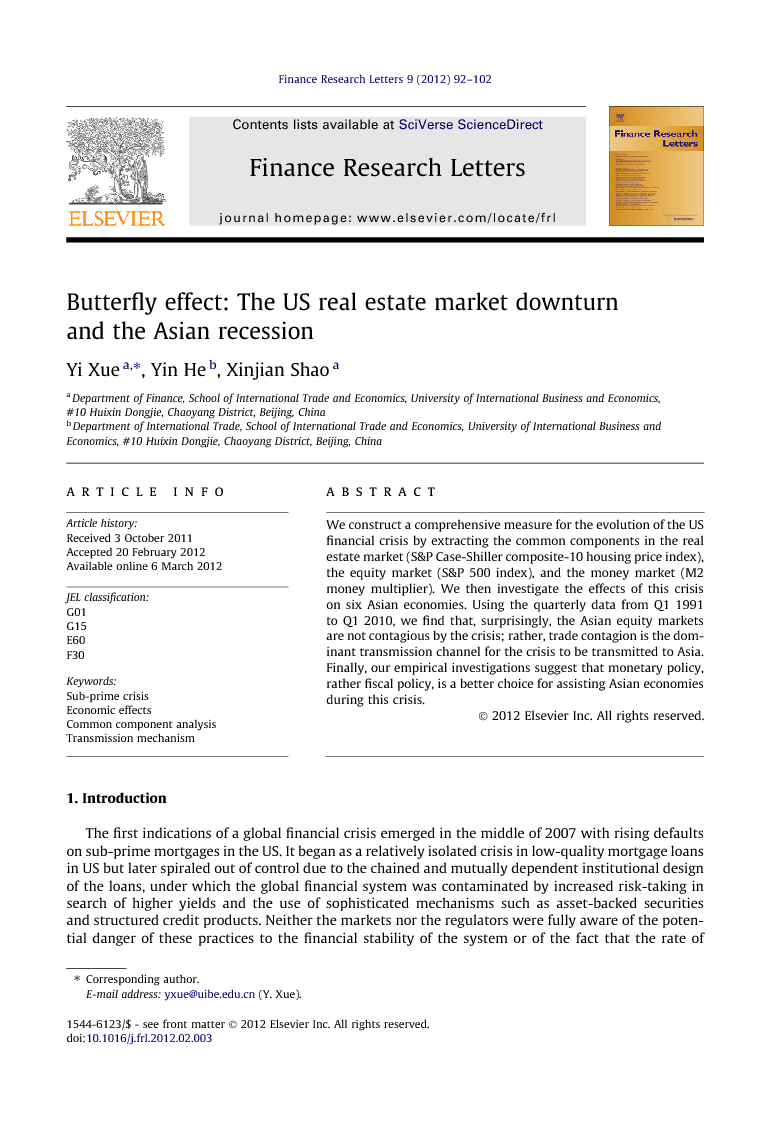 We construct a comprehensive measure for the evolution of the US financial crisis by extracting the common components in the real estate market (S&P Case-Shiller composite-10 housing price index), the equity market (S&P 500 index), and the money market (M2 money multiplier). We then investigate the effects of this crisis on six Asian economies. Using the quarterly data from Q1 1991 to Q1 2010, we find that, surprisingly, the Asian equity markets are not contagious by the crisis; rather, trade contagion is the dominant transmission channel for the crisis to be transmitted to Asia. Finally, our empirical investigations suggest that monetary policy, rather fiscal policy, is a better choice for assisting Asian economies during this crisis.

In this paper, we proposed a new method for measuring financial crisis evolution. This measure can be used to study the impacts of a financial crisis on other economic and financial activities, which cannot be done with traditional event-study analysis due to the timing uncertainty of financial crises. We employed a sample from Q1 1991 to Q1 2010 for a set of Asian countries including Australia, Japan, India, China, Korea, and Thailand. We demonstrated that the universal crisis transmission channel of the US sub-prime crisis was international trade rather than the capital market. Countries were affected differently and responded with different policies. However, one important implication of our study is that fiscal policy was not as useful as monetary expansion policy in supporting the domestic economy during this crisis. However, inflation may become a problem in the future, and stagflation might be a danger if the world economy does not recover.