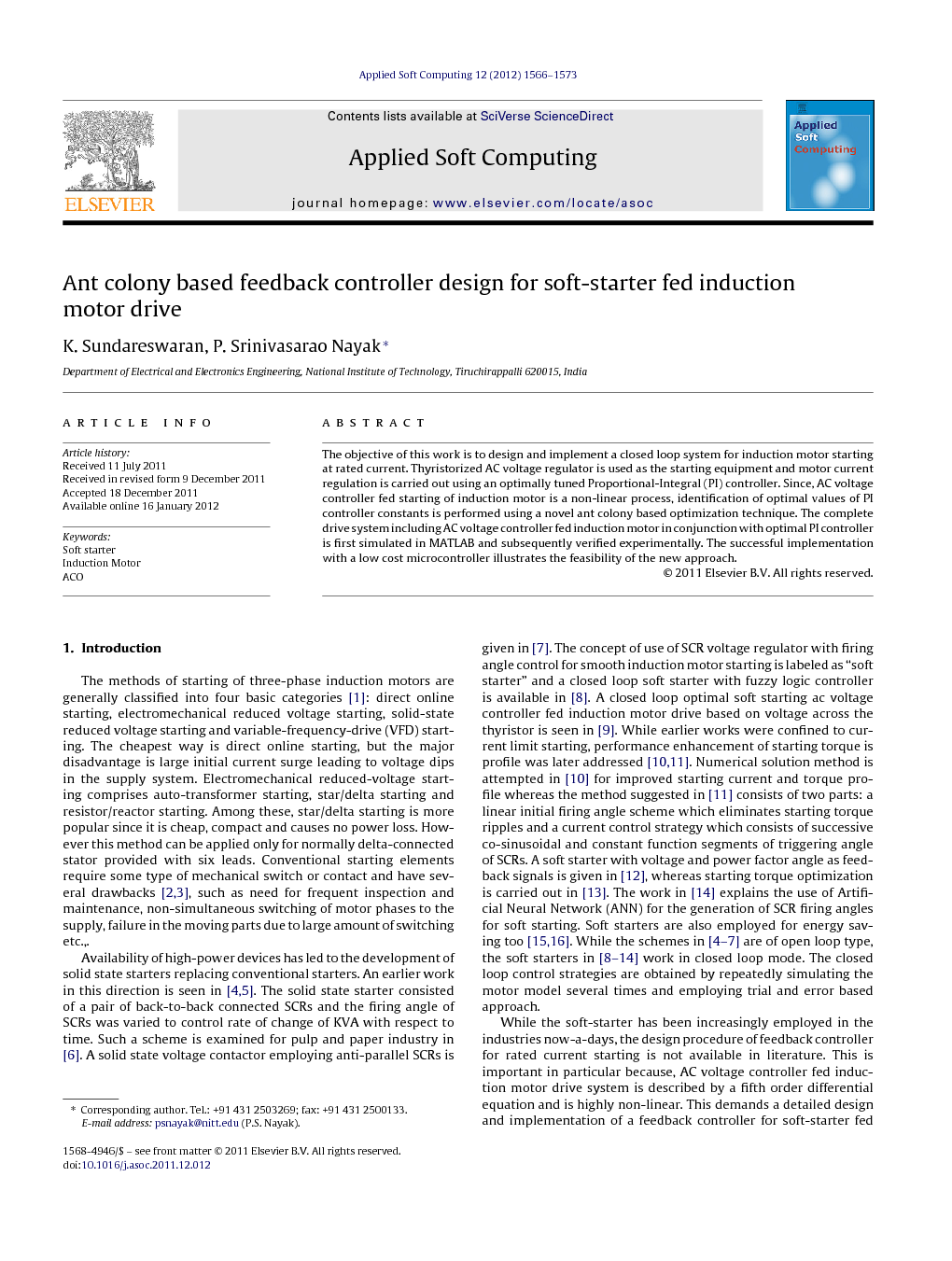 The objective of this work is to design and implement a closed loop system for induction motor starting at rated current. Thyristorized AC voltage regulator is used as the starting equipment and motor current regulation is carried out using an optimally tuned Proportional-Integral (PI) controller. Since, AC voltage controller fed starting of induction motor is a non-linear process, identification of optimal values of PI controller constants is performed using a novel ant colony based optimization technique. The complete drive system including AC voltage controller fed induction motor in conjunction with optimal PI controller is first simulated in MATLAB and subsequently verified experimentally. The successful implementation with a low cost microcontroller illustrates the feasibility of the new approach.

This work has focused on the design and implementation of a closed loop scheme for soft-starter fed induction motor drive with PI controller. The objective of the closed loop operation was to start the motor at rated current. Towards this goal, soft-starter fed induction motor drive with closed loop operation is first modeled in MATLAB. The feedback controller constants are identified for enhanced starting dynamics using ACO. A modified version of ACO with a new variable termed as step movement of ant is newly introduced. The complete drive system is simulated in MATLAB first and subsequently implemented in the laboratory. A low cost PIC16F876A microcontroller is used as the feedback controller and firing pulse generator for AC voltage controller. The computed and measured results corroborate each other and validate the proposed method. As a direction for future work, the step length of ant movement can be dynamically changed than keeping it constant at a fixed value. This can enable faster convergence of the algorithm.