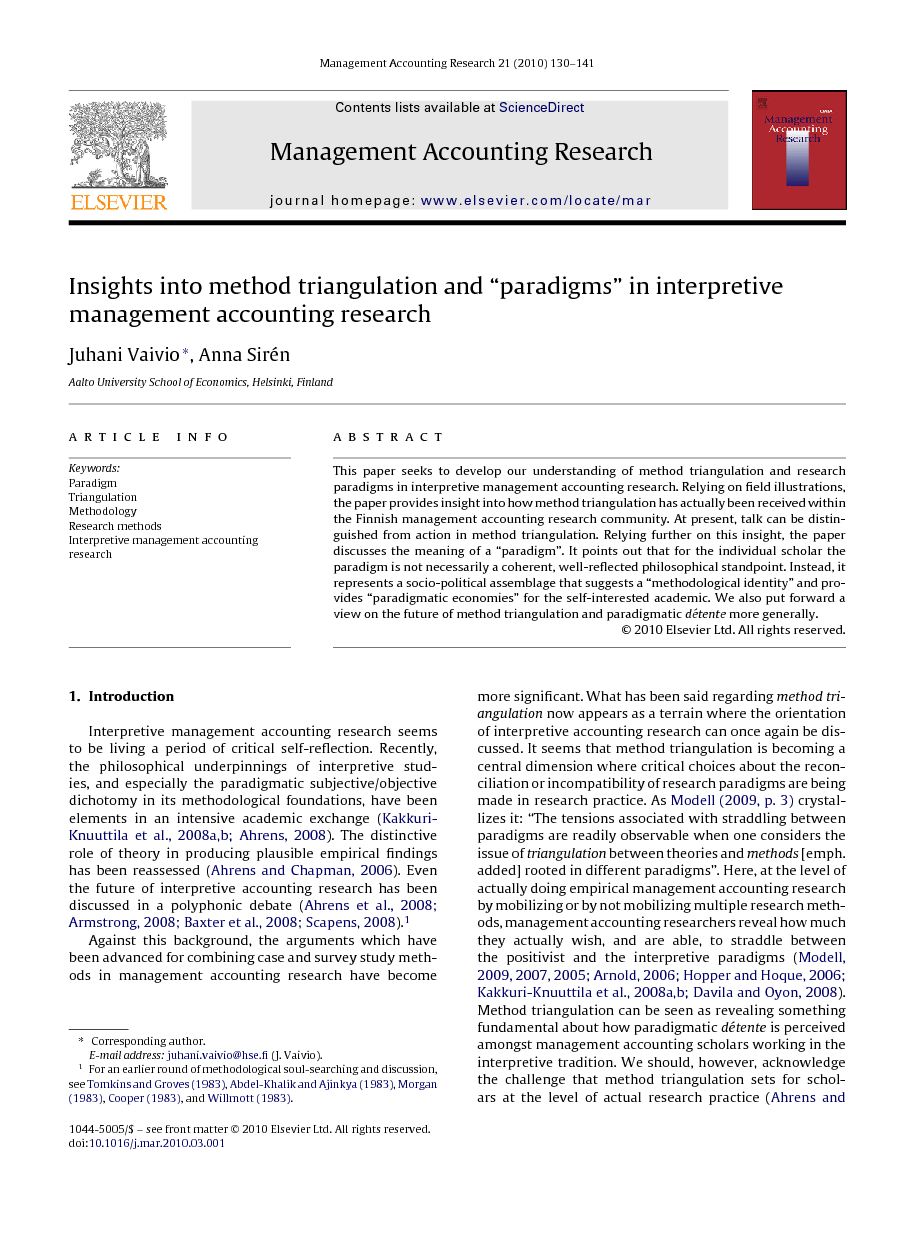 This paper seeks to develop our understanding of method triangulation and research paradigms in interpretive management accounting research. Relying on field illustrations, the paper provides insight into how method triangulation has actually been received within the Finnish management accounting research community. At present, talk can be distinguished from action in method triangulation. Relying further on this insight, the paper discusses the meaning of a “paradigm”. It points out that for the individual scholar the paradigm is not necessarily a coherent, well-reflected philosophical standpoint. Instead, it represents a socio-political assemblage that suggests a “methodological identity” and provides “paradigmatic economies” for the self-interested academic. We also put forward a view on the future of method triangulation and paradigmatic détente more generally.