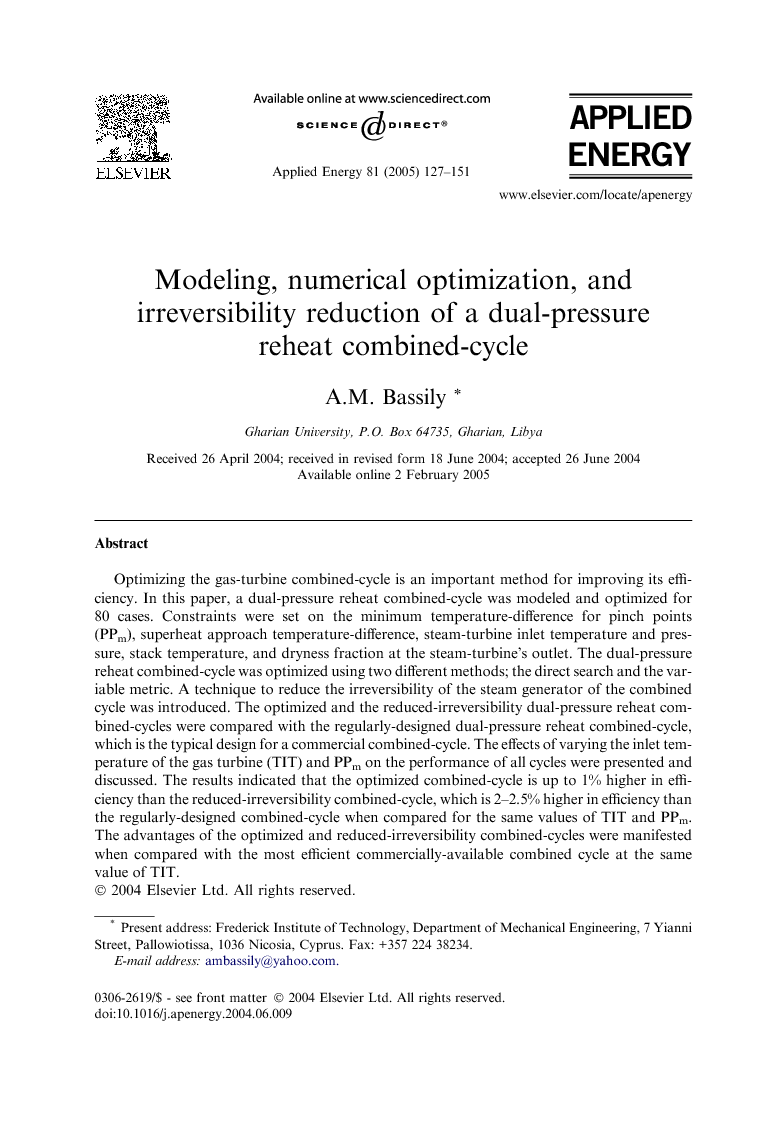 An optimization procedure for helicopter rotor aerodynamic performance is presented. This optimization procedure is centered on the numerical optimizer CONMIN, a gradient-based method that minimizes a functional under constraints. The optimizer has been coupled to a 3D Navier–Stokes CFD solver elsA, and applied to helicopter rotor optimization in hover. The optimization chain and its components are first described. Several validations and applications are then presented starting from the 7A and 7AD rotor geometries with optimization of the different blade shape parameters (twist, chord, sweep and anhedral distribution). The efficiency and the robustness of the method are then tested for some more complex applications starting from the ERATO rotor. Finally a synthesis is made showing that the optimization chain is an helpful tool for the design of new helicopter rotors.

The design of helicopter rotor blades is a very complex task involving many domains and disciplines such as aerody- namics, acoustics, dynamics, which is not presently achieved in a single shot. Some attempts have been done in the recent past years to build optimization tools by coupling an opti- mizer algorithm with a performance analysis code for theifferent disciplines involved in helicopter design. A com- plete review of design optimization applied to helicopter is presented by Celi in [6]. A large part of the previous studies was devoted to aeroelastic and dynamic optimization such as [8,21] in which the purpose is to reduced vibratory loads and dynamic stresses. The aerodynamic models involved in this optimization are simple models based on the lifting-line theory and eventually free-wake model. Concerning aerodynamic optimization, up to now, the aerodynamic performance are also taken into account through models based on 1D momentum theory or lifting-linemethods [10,13,19,22]. In parallel, the CFD methods have reached sufficient maturity to compute very accurately heli- copter rotor aerodynamic performance in hover. These CFD methods are now currently applied during the design cycles of advanced geometry blades. The current CFD codes effi- ciency (CPU consumption, robustness, ... ) enables to use them in automatic optimization chains. Such optimization strategies involving Navier–Stokes solvers have been ap- plied in aeronautics on fixed wing configurations [11,17], and via adjoint formulation on aircraft configurations [9,15], and have demonstrated their efficiency to be successfully in- tegrated in design cycles. Only few authors apply numerical optimization coupled with CFD codes on rotary wing, these automatic design tools being only applied for turbomachin- ery problems in quasi 3D and 3D [4,7]. This paper describes an aerodynamic optimization strat- egy for helicopter rotor blades shape, based on the coupling of an optimizer (gradient method) with a 3D Navier–Stokes solver. For that purpose the CONMIN optimizer [18] has been coupled to the CFD object-oriented elsA software [5], developed by ONERA. The optimization procedure is fo- cused on aerodynamic performance in hover flight condition, since it is one of the critical point for the power and thrust required. In addition, for hover flight condition, only steady computations are required; at the present time, unsteady computations would not enable such a coupling because of a very high CPU time consuming. For comparison purpose and in order to assess the necessity to use CFD methods in such an optimization tool, applications are also made with CONMIN coupled with a lifting line code, HOST [2]. The description of the different functionalities of the op- timization procedure is presented. First the general strategy for conducting the optimization, and the choice made are also explained. The validation of the coupling is performed on the optimization of linear aerodynamic twist of the 7A ro- tor, since the solution of this simple problem is well-known. Further applications on the optimization of the chord, sweep and anhedral distributions are then presented, and an analy- sis of the new geometries given by the optimizer is proposed. Finally the optimization chain is initialized by a more modern rotor shape: ERATO, for which the optimization of the blade tip is shown. A more complex optimization of the ER- ATO rotor involving several parameters and design variables concludes the study.