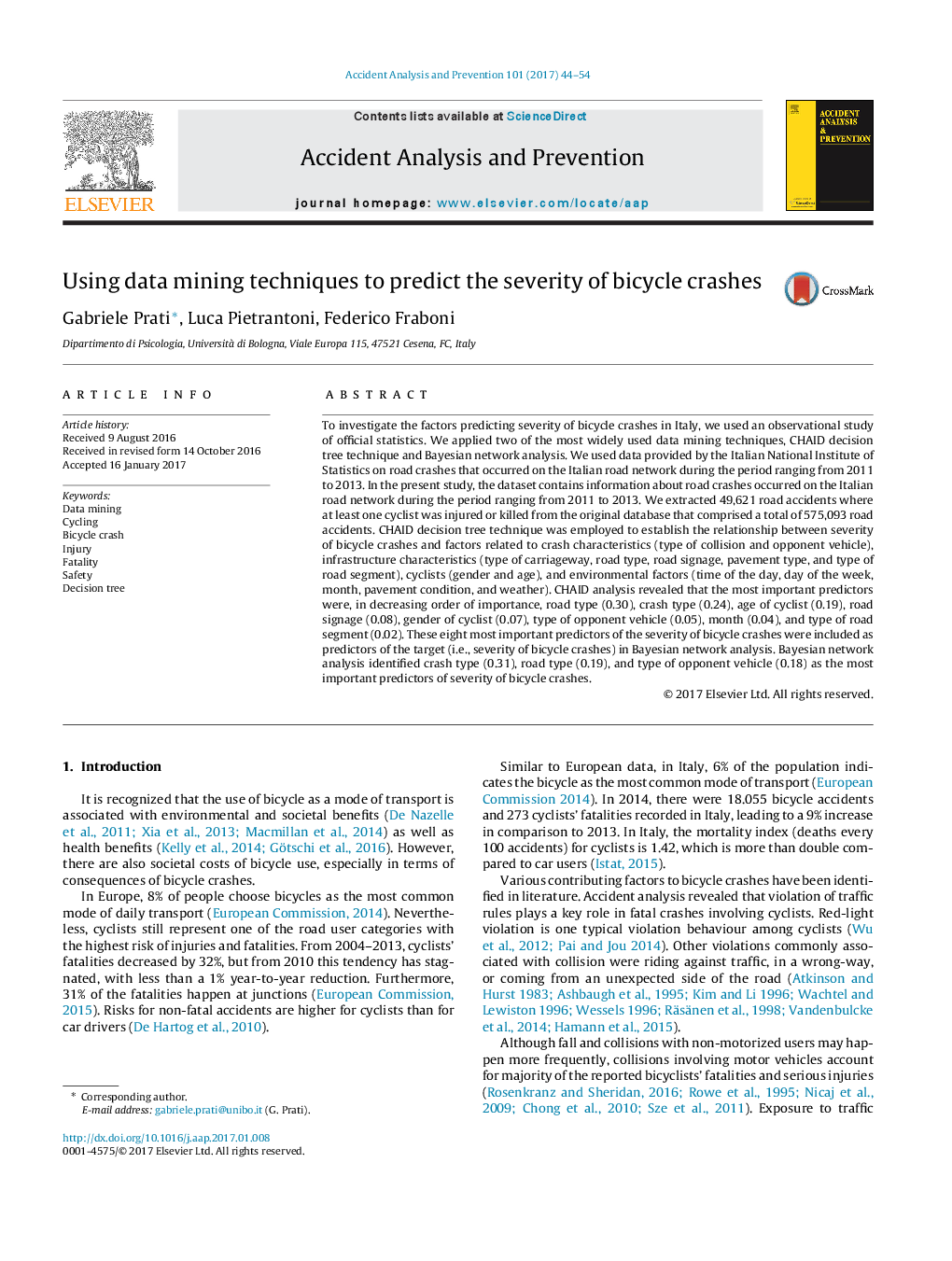 To investigate the factors predicting severity of bicycle crashes in Italy, we used an observational study of official statistics. We applied two of the most widely used data mining techniques, CHAID decision tree technique and Bayesian network analysis. We used data provided by the Italian National Institute of Statistics on road crashes that occurred on the Italian road network during the period ranging from 2011 to 2013. In the present study, the dataset contains information about road crashes occurred on the Italian road network during the period ranging from 2011 to 2013. We extracted 49,621 road accidents where at least one cyclist was injured or killed from the original database that comprised a total of 575,093 road accidents. CHAID decision tree technique was employed to establish the relationship between severity of bicycle crashes and factors related to crash characteristics (type of collision and opponent vehicle), infrastructure characteristics (type of carriageway, road type, road signage, pavement type, and type of road segment), cyclists (gender and age), and environmental factors (time of the day, day of the week, month, pavement condition, and weather). CHAID analysis revealed that the most important predictors were, in decreasing order of importance, road type (0.30), crash type (0.24), age of cyclist (0.19), road signage (0.08), gender of cyclist (0.07), type of opponent vehicle (0.05), month (0.04), and type of road segment (0.02). These eight most important predictors of the severity of bicycle crashes were included as predictors of the target (i.e., severity of bicycle crashes) in Bayesian network analysis. Bayesian network analysis identified crash type (0.31), road type (0.19), and type of opponent vehicle (0.18) as the most important predictors of severity of bicycle crashes.