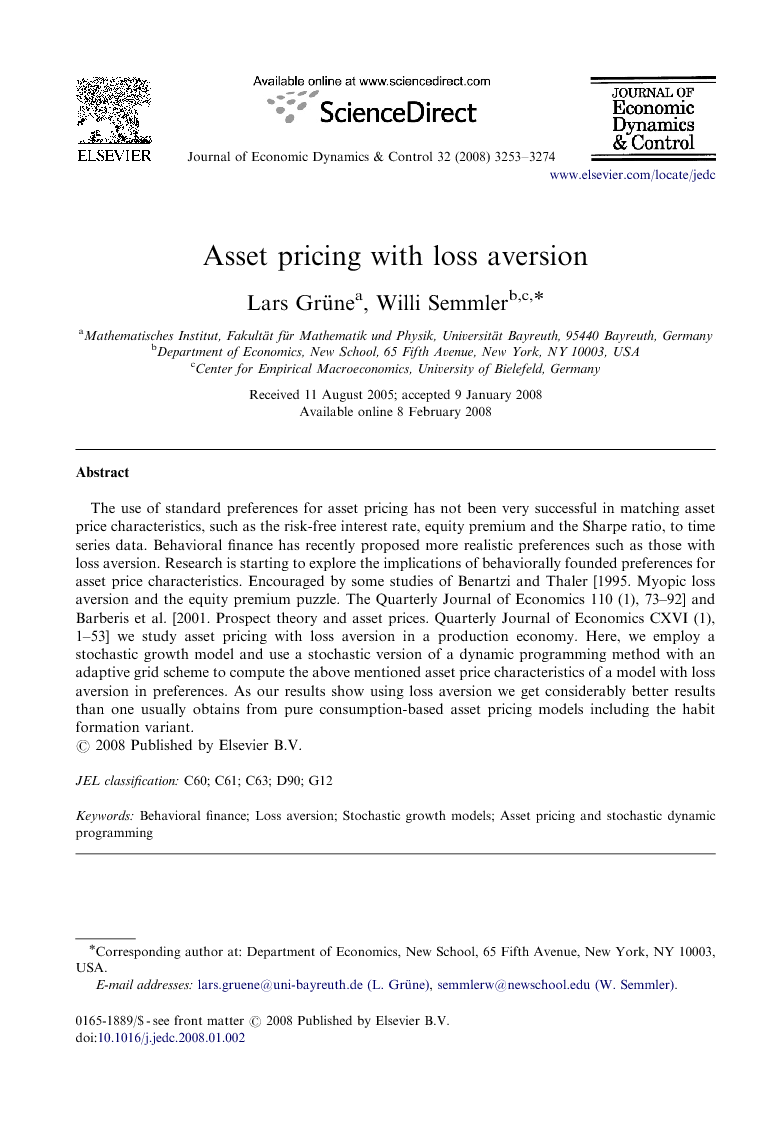 Extensive research has recently been devoted to the study of asset price characteristics, such as the risk-free interest rate, the equity premium and the Sharpe ratio, arising from the stochastic growth model of the Brock–Mirman type. The failure of the basic model to match the empirical characteristics of asset prices and returns has given rise to numerous attempts to extend the model by allowing for different preferences and technology shocks, adjustment costs of investment, the effect of leverage on asset prices, and heterogenous households and firms.36 In this paper we have gone beyond the consumption based asset pricing model and have studied asset price characteristics when a consumption stream as well as the fluctuation of the agent's value of assets affect the utility of the agent. We have assumed, as recently proposed that agents become even more loss averse when they have prior experiences with large losses in asset value and are again hit by a decline in their asset value in the current period. This gives rise, as we have shown in Section 2 of the paper, to a new form of an SDF pricing the income stream in a production economy. In the context of this model, the agents do not have to experience large losses in consumption in order to induce them to change asset holdings.37 In our model, as one finds in time series data, consumption growth is de-linked from asset prices booms and busts and the covariance of consumption growth and asset returns can, as the empirical data show, be allowed to be weak. Thus one might want to design empirical estimation strategies that accept a de-linked relationship of consumption growth and asset returns.38 The next step would be to integrate more frictions, such as habit formation and adjustment costs of investment, into the loss aversion model with production studied here.