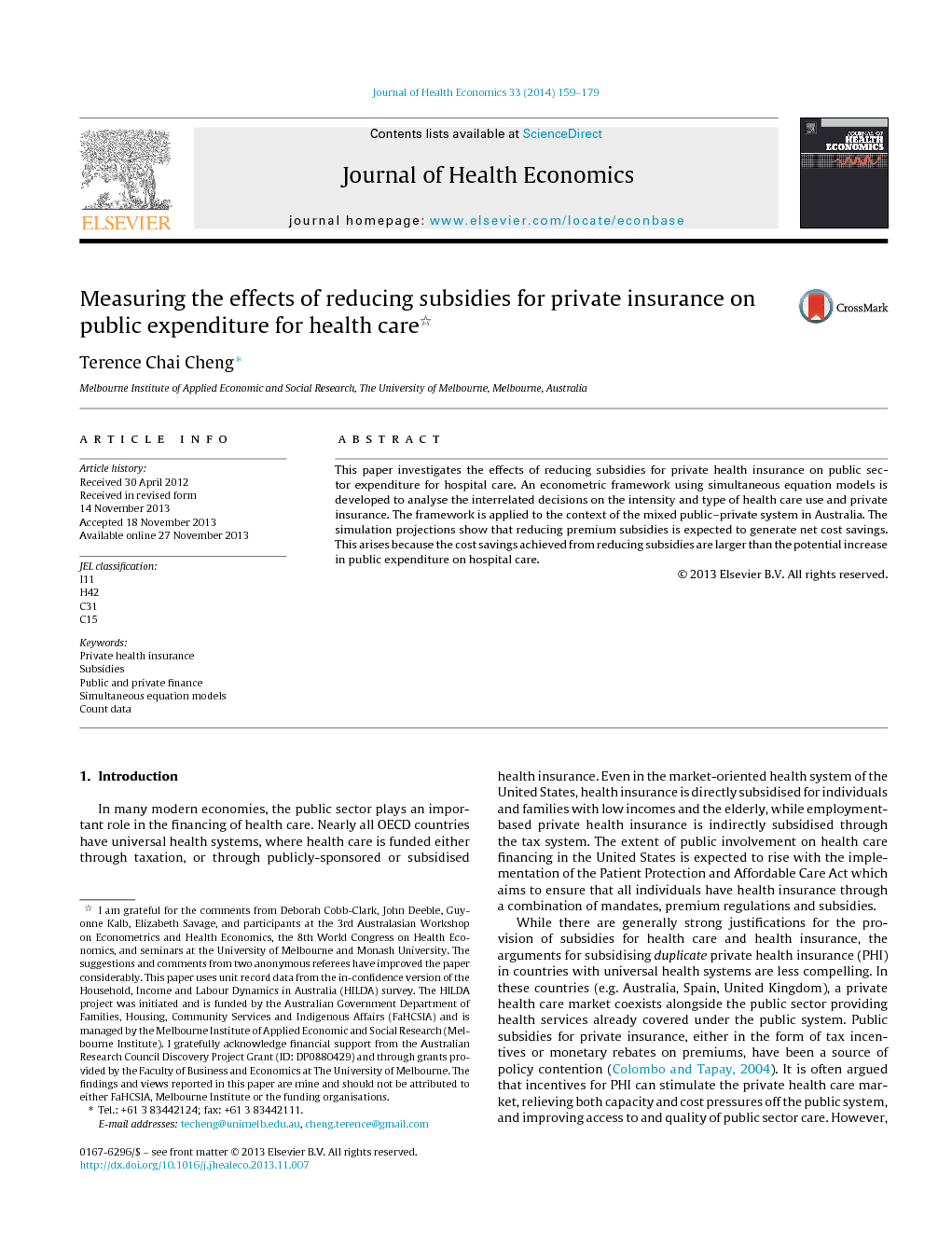 This paper investigates the effects of reducing subsidies for private health insurance on public sector expenditure for hospital care. An econometric framework using simultaneous equation models is developed to analyse the interrelated decisions on the intensity and type of health care use and private insurance. The framework is applied to the context of the mixed public–private system in Australia. The simulation projections show that reducing premium subsidies is expected to generate net cost savings. This arises because the cost savings achieved from reducing subsidies are larger than the potential increase in public expenditure on hospital care.