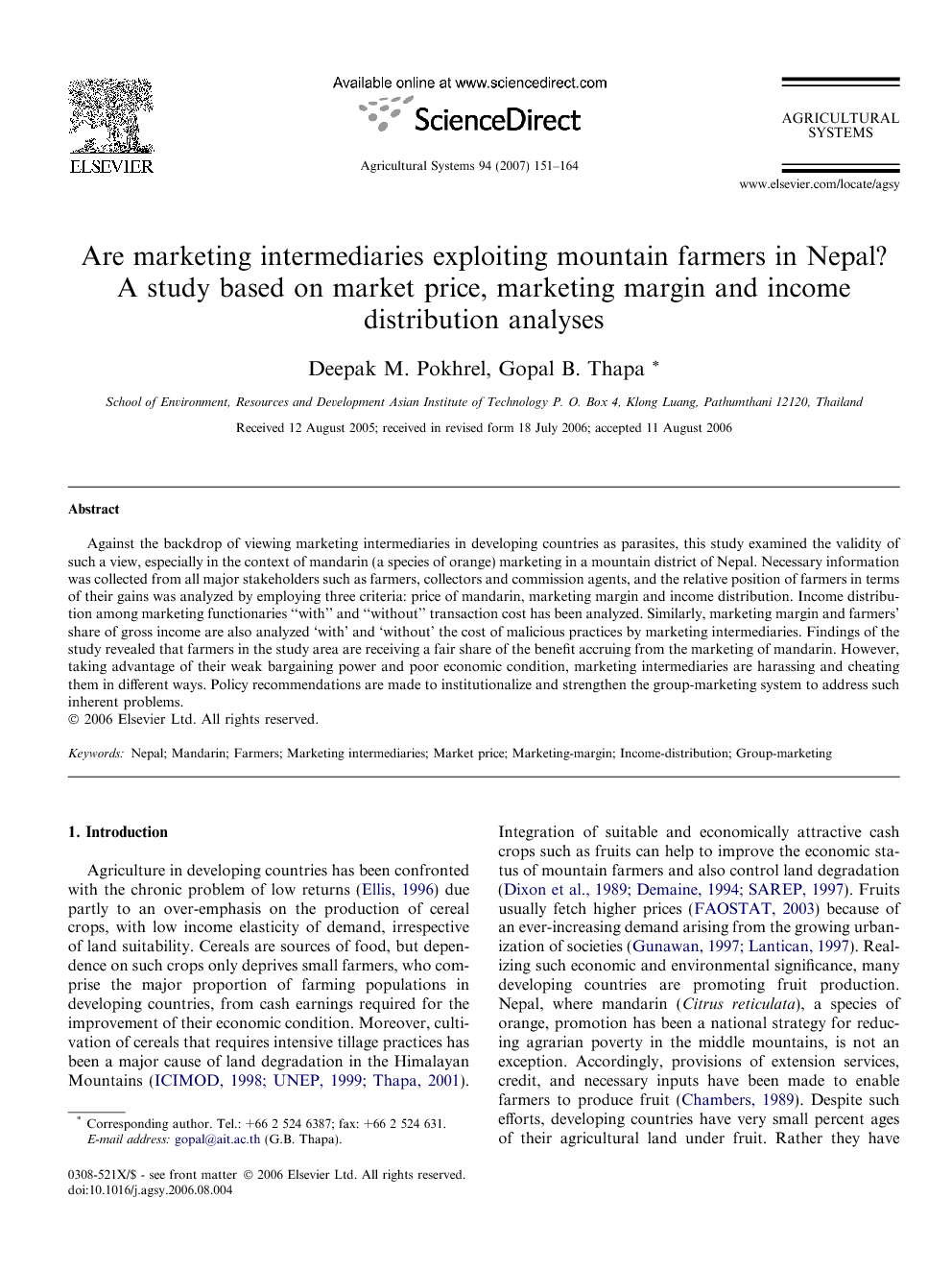 Against the backdrop of viewing marketing intermediaries in developing countries as parasites, this study examined the validity of such a view, especially in the context of mandarin (a species of orange) marketing in a mountain district of Nepal. Necessary information was collected from all major stakeholders such as farmers, collectors and commission agents, and the relative position of farmers in terms of their gains was analyzed by employing three criteria: price of mandarin, marketing margin and income distribution. Income distribution among marketing functionaries “with” and “without” transaction cost has been analyzed. Similarly, marketing margin and farmers’ share of gross income are also analyzed ‘with’ and ‘without’ the cost of malicious practices by marketing intermediaries. Findings of the study revealed that farmers in the study area are receiving a fair share of the benefit accruing from the marketing of mandarin. However, taking advantage of their weak bargaining power and poor economic condition, marketing intermediaries are harassing and cheating them in different ways. Policy recommendations are made to institutionalize and strengthen the group-marketing system to address such inherent problems.