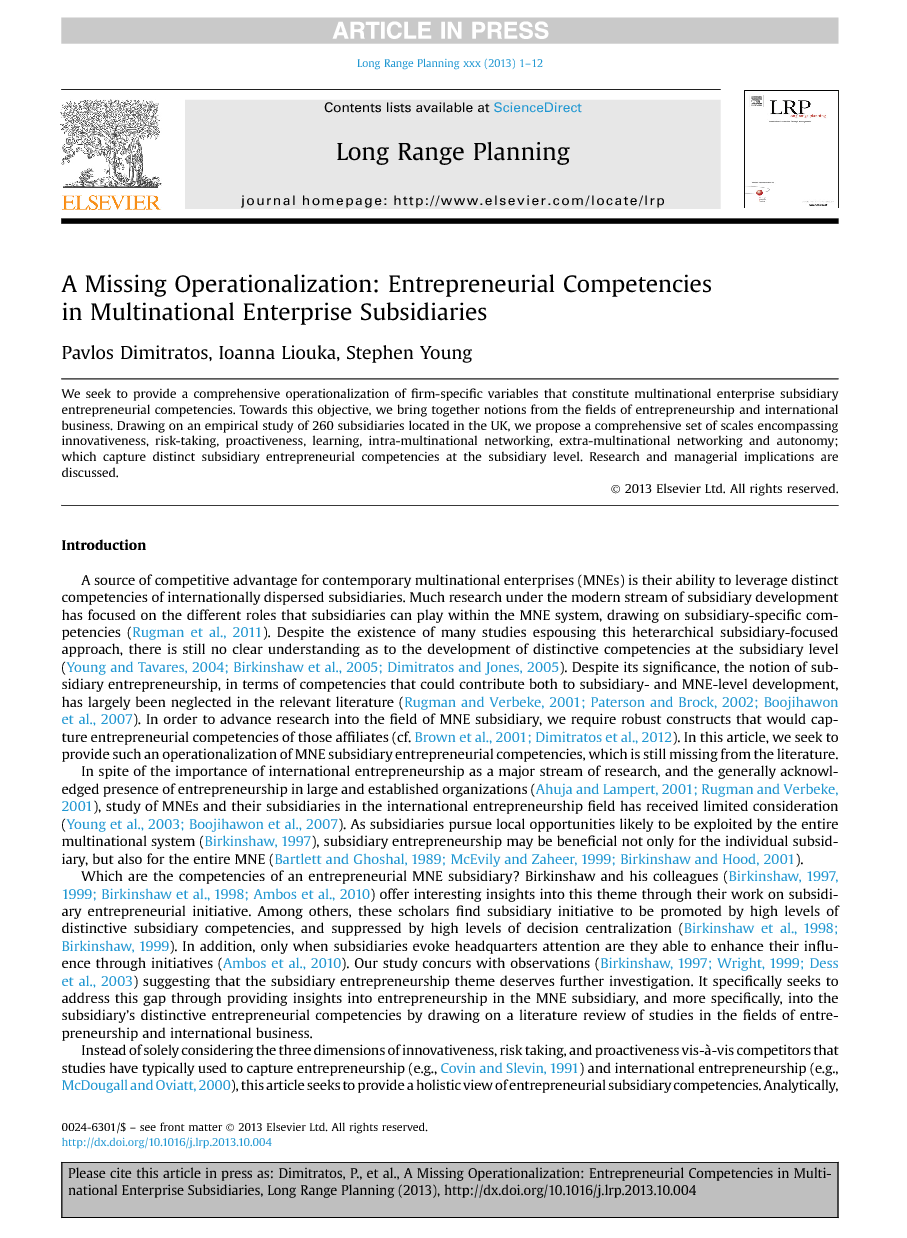 We seek to provide a comprehensive operationalization of firm-specific variables that constitute multinational enterprise subsidiary entrepreneurial competencies. Towards this objective, we bring together notions from the fields of entrepreneurship and international business. Drawing on an empirical study of 260 subsidiaries located in the UK, we propose a comprehensive set of scales encompassing innovativeness, risk-taking, proactiveness, learning, intra-multinational networking, extra-multinational networking and autonomy; which capture distinct subsidiary entrepreneurial competencies at the subsidiary level. Research and managerial implications are discussed.