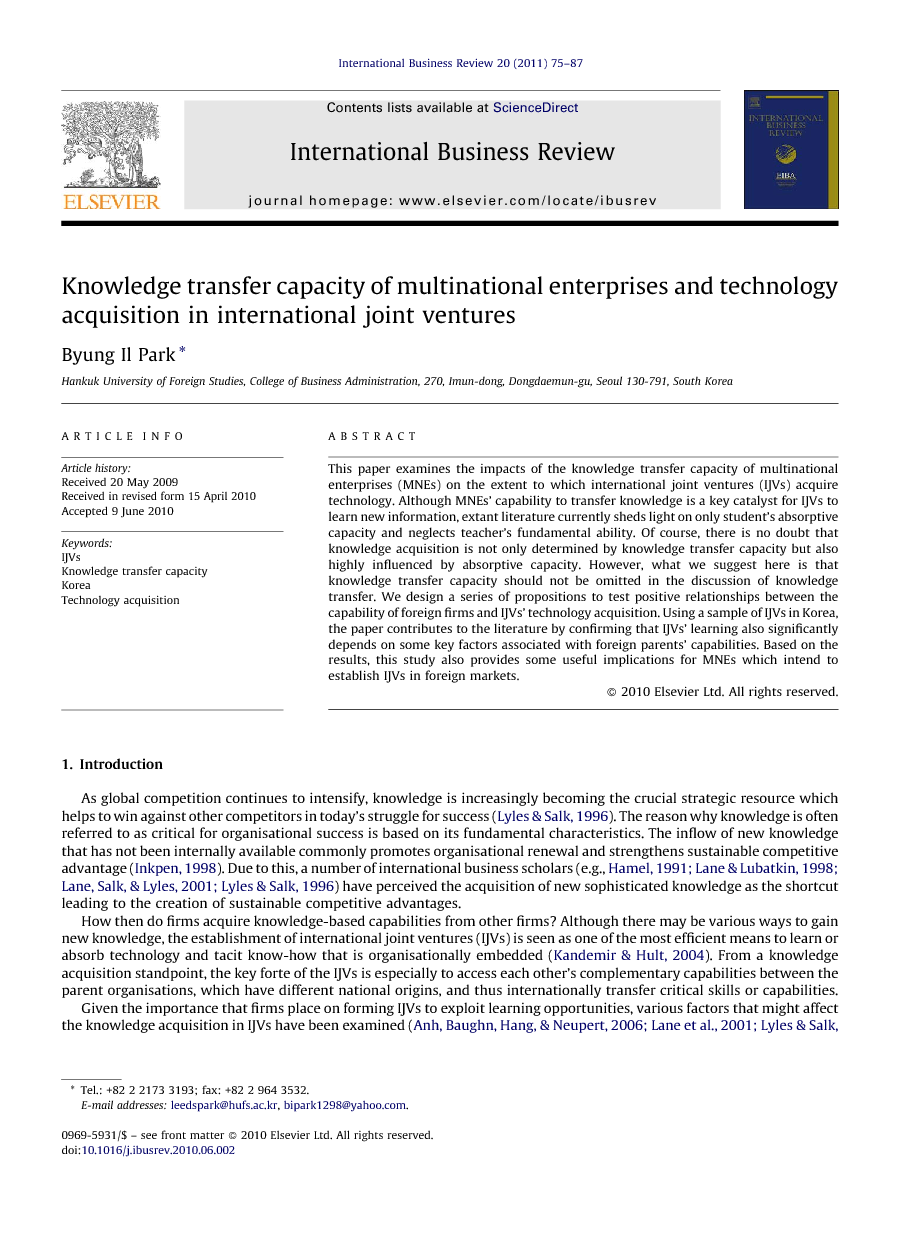 This paper examines the impacts of the knowledge transfer capacity of multinational enterprises (MNEs) on the extent to which international joint ventures (IJVs) acquire technology. Although MNEs’ capability to transfer knowledge is a key catalyst for IJVs to learn new information, extant literature currently sheds light on only student's absorptive capacity and neglects teacher's fundamental ability. Of course, there is no doubt that knowledge acquisition is not only determined by knowledge transfer capacity but also highly influenced by absorptive capacity. However, what we suggest here is that knowledge transfer capacity should not be omitted in the discussion of knowledge transfer. We design a series of propositions to test positive relationships between the capability of foreign firms and IJVs’ technology acquisition. Using a sample of IJVs in Korea, the paper contributes to the literature by confirming that IJVs’ learning also significantly depends on some key factors associated with foreign parents’ capabilities. Based on the results, this study also provides some useful implications for MNEs which intend to establish IJVs in foreign markets.

This research investigates the issues of technology acquisition from foreign parents and the role of knowledge transferors for organisational learning in IJVs. To achieve the objectives, a series of regression analyses were made to identify critical components in knowledge transfer capacity of foreign firms which may affect technology acquisition of IJVs. These examinations confirm the positive relationship between teacher's capability and student's substantial learning and suggest several qualifications, which usher foreign firms to the ways to impact directly and positively on technology absorption in IJVs. According to the results, these essential conditions are possession of relevant knowledge, prior collaborative experience, open communication with IJVs, active managerial involvement and transfer of expatriate experts. Although we fail to confirm the significant influence of provision of training on learning, an additional analysis result using the interaction term suggests that the combination of support in management and training generates a synergy effect on joint venture education (Table 2).