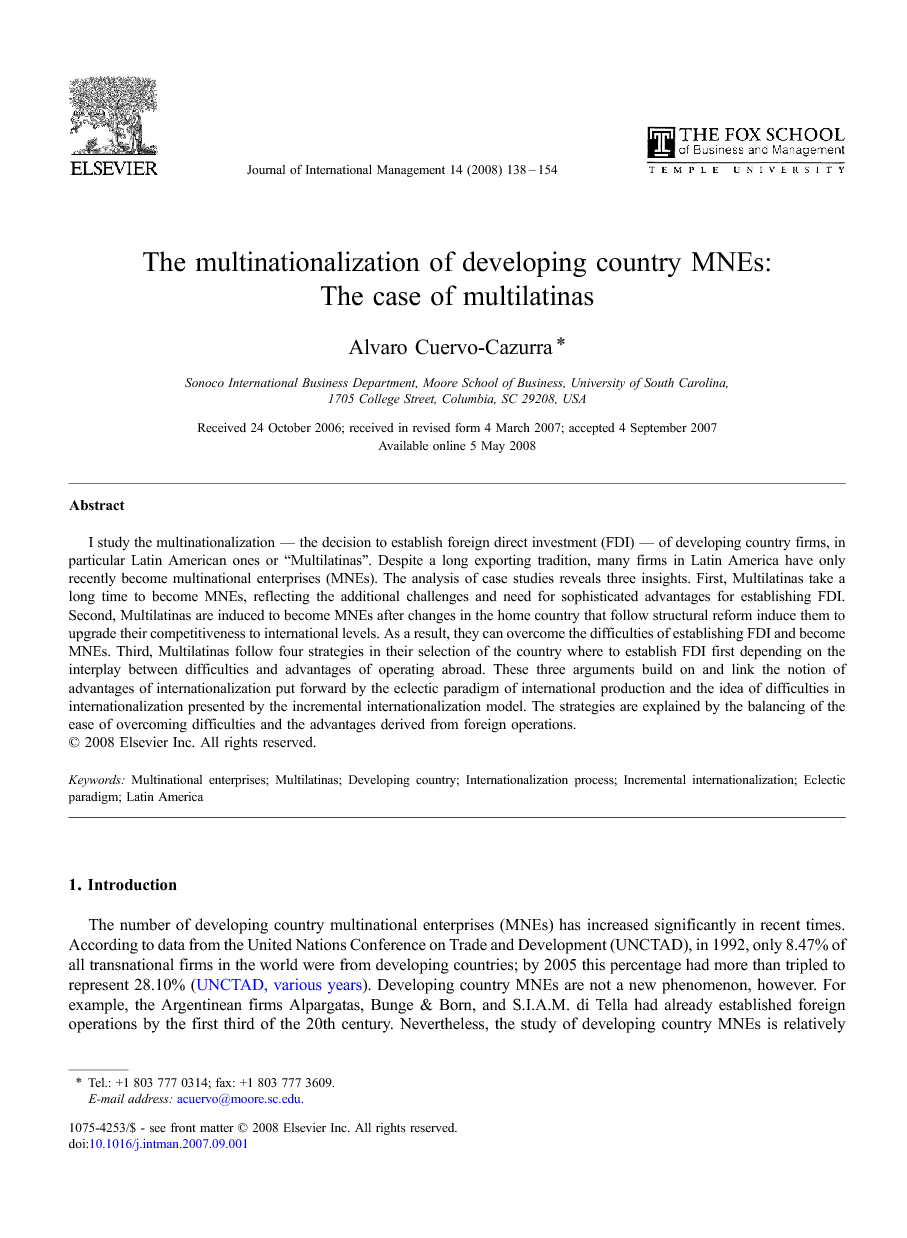 I study the multinationalization — the decision to establish foreign direct investment (FDI) — of developing country firms, in particular Latin American ones or “Multilatinas”. Despite a long exporting tradition, many firms in Latin America have only recently become multinational enterprises (MNEs). The analysis of case studies reveals three insights. First, Multilatinas take a long time to become MNEs, reflecting the additional challenges and need for sophisticated advantages for establishing FDI. Second, Multilatinas are induced to become MNEs after changes in the home country that follow structural reform induce them to upgrade their competitiveness to international levels. As a result, they can overcome the difficulties of establishing FDI and become MNEs. Third, Multilatinas follow four strategies in their selection of the country where to establish FDI first depending on the interplay between difficulties and advantages of operating abroad. These three arguments build on and link the notion of advantages of internationalization put forward by the eclectic paradigm of international production and the idea of difficulties in internationalization presented by the incremental internationalization model. The strategies are explained by the balancing of the ease of overcoming difficulties and the advantages derived from foreign operations.