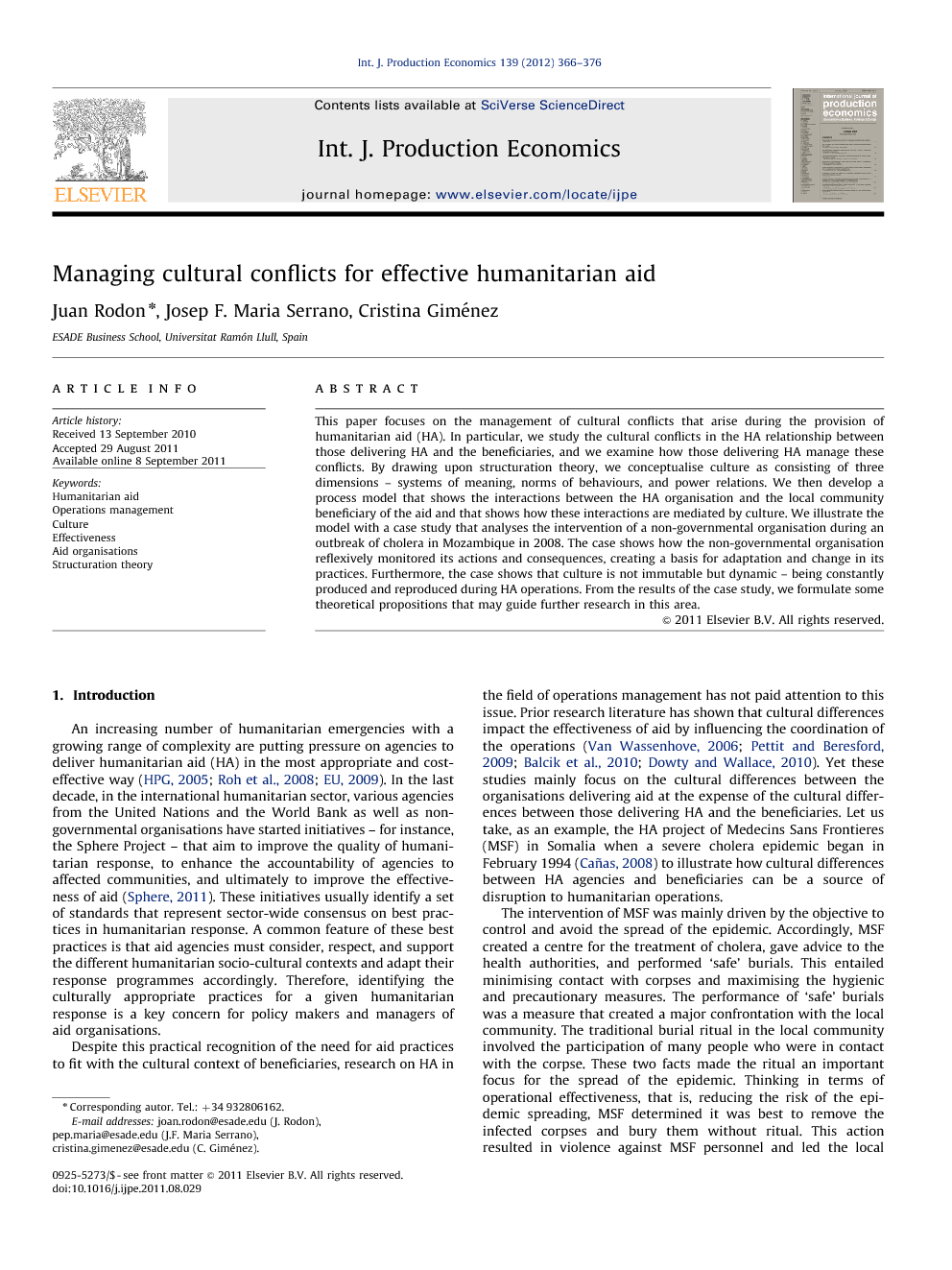 This paper focuses on the management of cultural conflicts that arise during the provision of humanitarian aid (HA). In particular, we study the cultural conflicts in the HA relationship between those delivering HA and the beneficiaries, and we examine how those delivering HA manage these conflicts. By drawing upon structuration theory, we conceptualise culture as consisting of three dimensions – systems of meaning, norms of behaviours, and power relations. We then develop a process model that shows the interactions between the HA organisation and the local community beneficiary of the aid and that shows how these interactions are mediated by culture. We illustrate the model with a case study that analyses the intervention of a non-governmental organisation during an outbreak of cholera in Mozambique in 2008. The case shows how the non-governmental organisation reflexively monitored its actions and consequences, creating a basis for adaptation and change in its practices. Furthermore, the case shows that culture is not immutable but dynamic – being constantly produced and reproduced during HA operations. From the results of the case study, we formulate some theoretical propositions that may guide further research in this area.