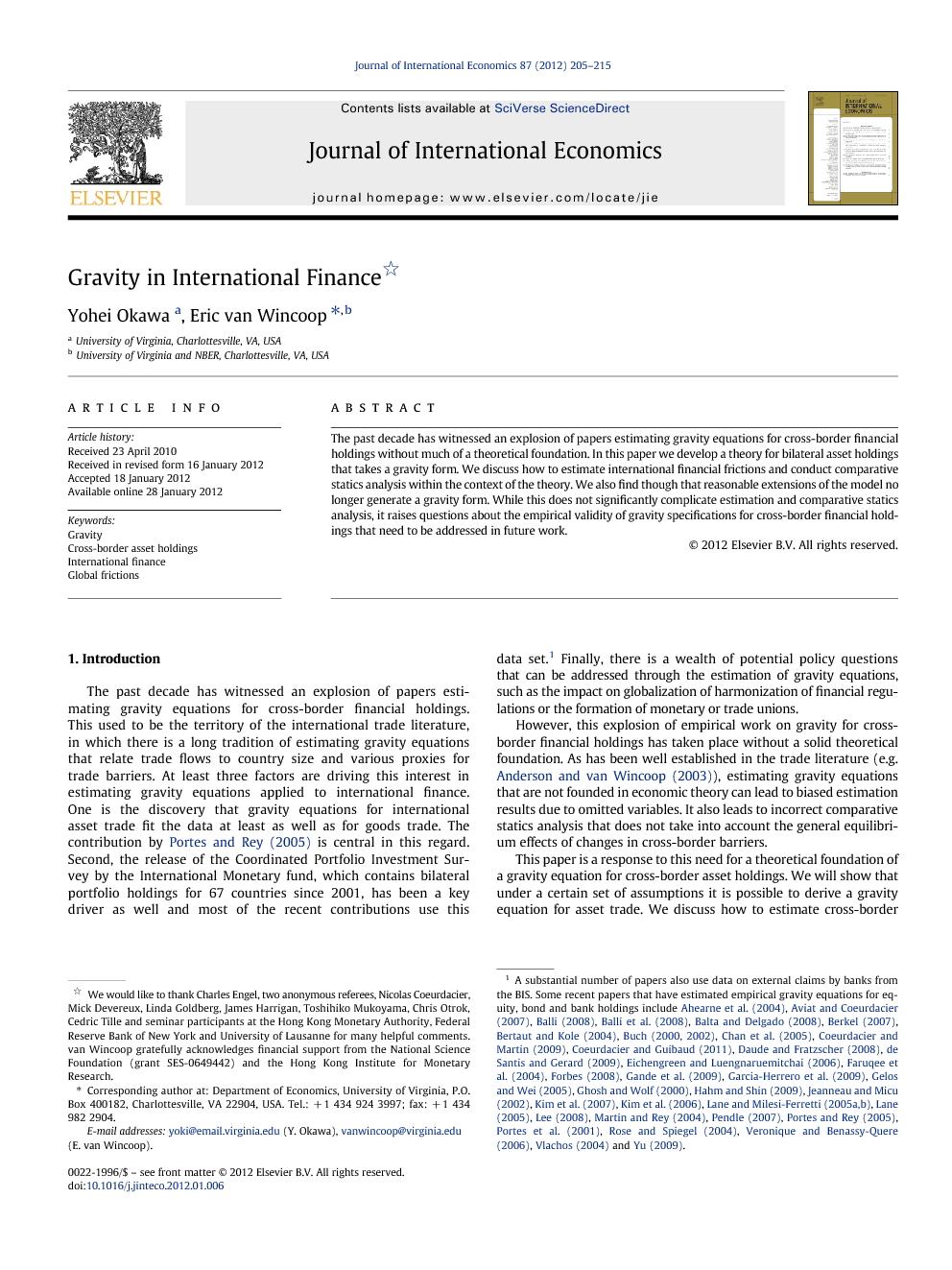 The past decade has witnessed an explosion of papers estimating gravity equations for cross-border financial holdings without much of a theoretical foundation. In this paper we develop a theory for bilateral asset holdings that takes a gravity form. We discuss how to estimate international financial frictions and conduct comparative statics analysis within the context of the theory. We also find though that reasonable extensions of the model no longer generate a gravity form. While this does not significantly complicate estimation and comparative statics analysis, it raises questions about the empirical validity of gravity specifications for cross-border financial holdings that need to be addressed in future work.

The rapidly growing empirical gravity literature on cross-border assetholdingsclearlycallsoutforatheory.Wehavedevelopedatheory for bilateral asset holdings that takes a gravity form and we discussed how to estimate international fi nancial frictions and conduct compara- tive statics analysis within the context of the theory. Nonetheless some strong assumptions needed to be made to derive at such a theory. In contrast togoodstrade, wheremanydifferent types of models generate a gravity structure, reasonable changes in assumptions of our model do not deliver a gravity form for bilateral asset holdings. This paper has been entirely theoretical, but it has laid a clear foundation for future empirical work. Even if one accepts the assump- tions of our model that lead to a gravity form, existing empirical work often suffers from omitted variables ( fi xed effects) or the inclusion of variables that do not belong (e.g. return correlations). But perhaps more importantly, future empirical work needs to evaluate the em- pirical relevance of various extensions such as those we discussed. This is important both to understand what type of model betterdescribes the data and ultimately to estimate the magnitude of cross- border fi nancial frictions.