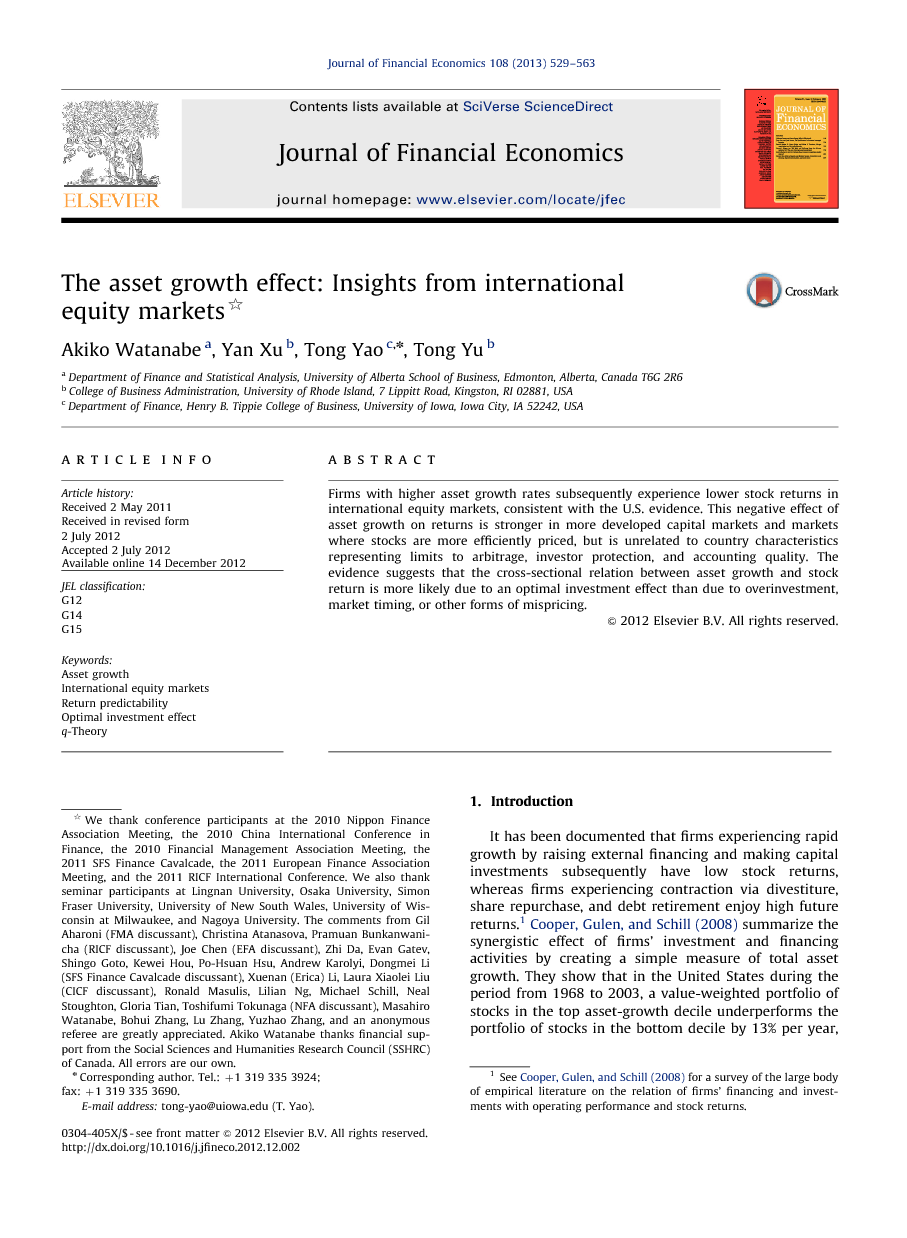 Firms with higher asset growth rates subsequently experience lower stock returns in international equity markets, consistent with the U.S. evidence. This negative effect of asset growth on returns is stronger in more developed capital markets and markets where stocks are more efficiently priced, but is unrelated to country characteristics representing limits to arbitrage, investor protection, and accounting quality. The evidence suggests that the cross-sectional relation between asset growth and stock return is more likely due to an optimal investment effect than due to overinvestment, market timing, or other forms of mispricing.