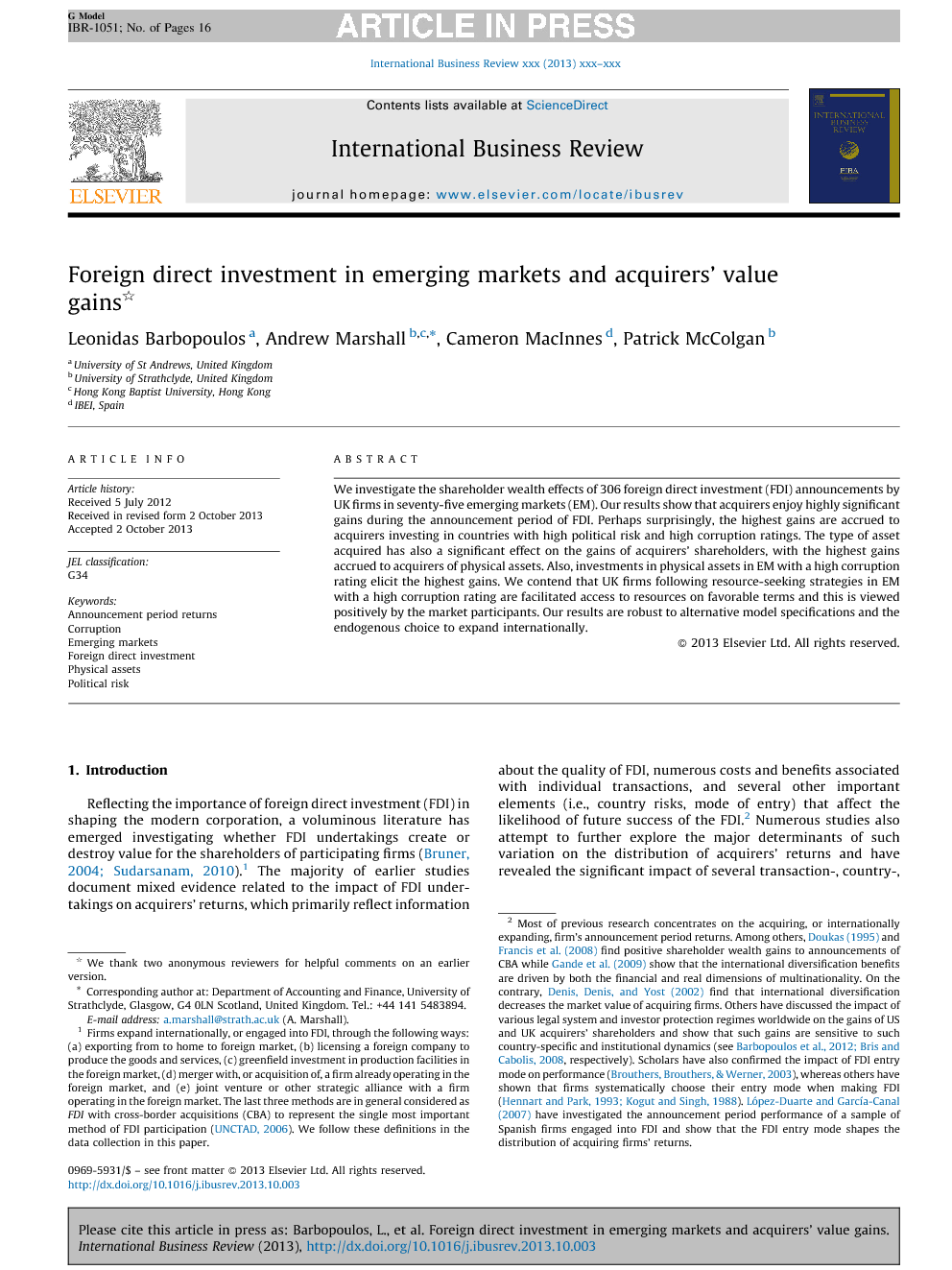 We investigate the shareholder wealth effects of 306 foreign direct investment (FDI) announcements by UK firms in seventy-five emerging markets (EM). Our results show that acquirers enjoy highly significant gains during the announcement period of FDI. Perhaps surprisingly, the highest gains are accrued to acquirers investing in countries with high political risk and high corruption ratings. The type of asset acquired has also a significant effect on the gains of acquirers’ shareholders, with the highest gains accrued to acquirers of physical assets. Also, investments in physical assets in EM with a high corruption rating elicit the highest gains. We contend that UK firms following resource-seeking strategies in EM with a high corruption rating are facilitated access to resources on favorable terms and this is viewed positively by the market participants. Our results are robust to alternative model specifications and the endogenous choice to expand internationally.