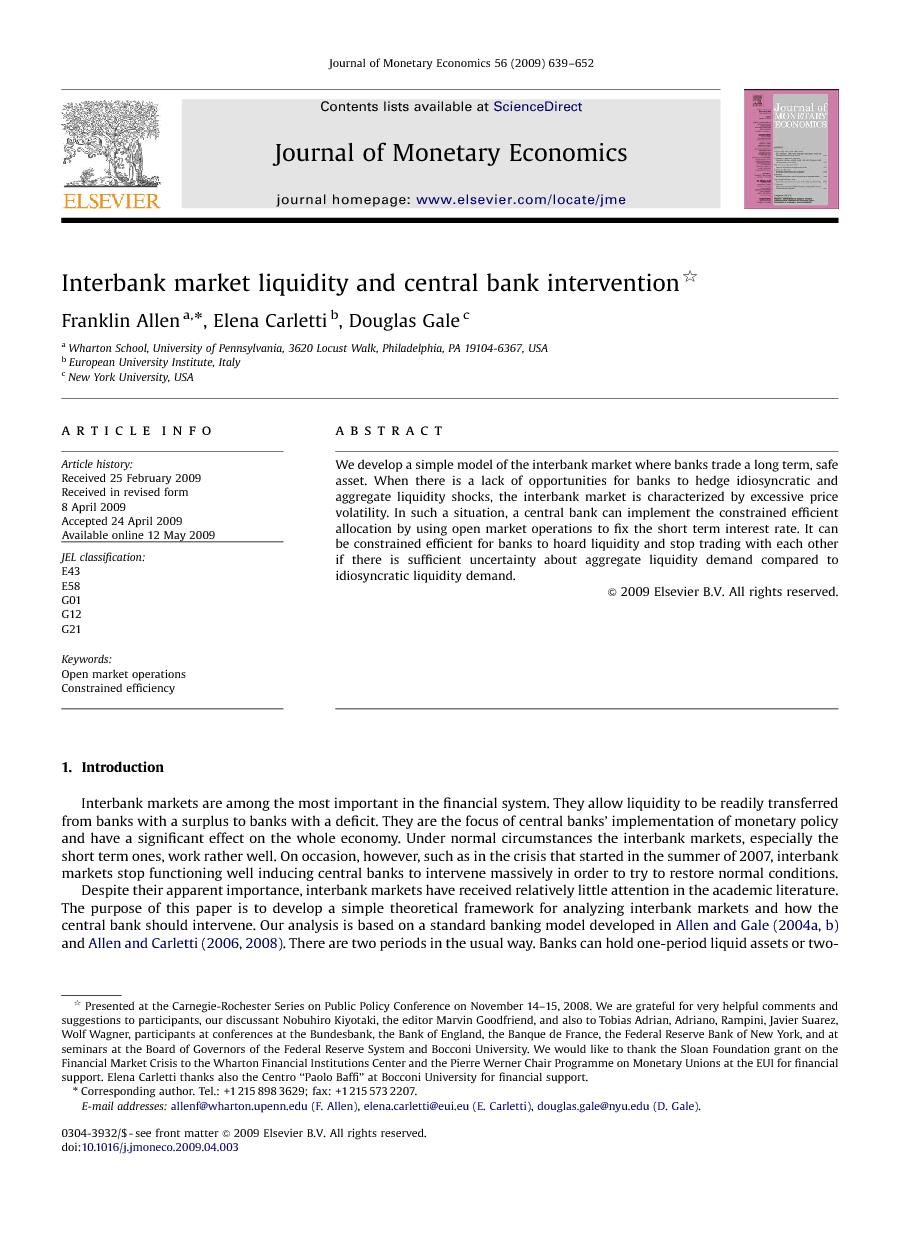 We develop a simple model of the interbank market where banks trade a long term, safe asset. When there is a lack of opportunities for banks to hedge idiosyncratic and aggregate liquidity shocks, the interbank market is characterized by excessive price volatility. In such a situation, a central bank can implement the constrained efficient allocation by using open market operations to fix the short term interest rate. It can be constrained efficient for banks to hoard liquidity and stop trading with each other if there is sufficient uncertainty about aggregate liquidity demand compared to idiosyncratic liquidity demand.