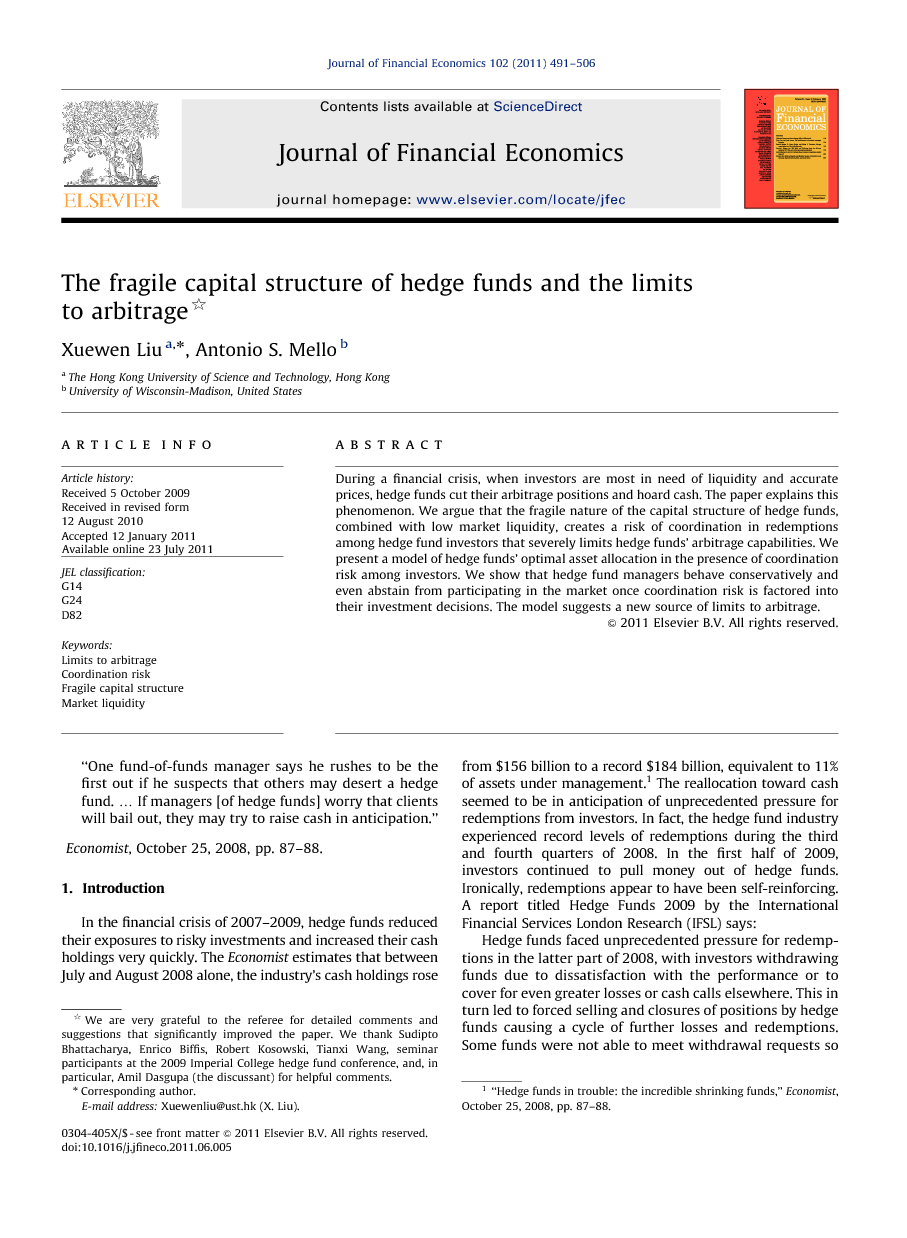 During a financial crisis, when investors are most in need of liquidity and accurate prices, hedge funds cut their arbitrage positions and hoard cash. The paper explains this phenomenon. We argue that the fragile nature of the capital structure of hedge funds, combined with low market liquidity, creates a risk of coordination in redemptions among hedge fund investors that severely limits hedge funds' arbitrage capabilities. We present a model of hedge funds' optimal asset allocation in the presence of coordination risk among investors. We show that hedge fund managers behave conservatively and even abstain from participating in the market once coordination risk is factored into their investment decisions. The model suggests a new source of limits to arbitrage.