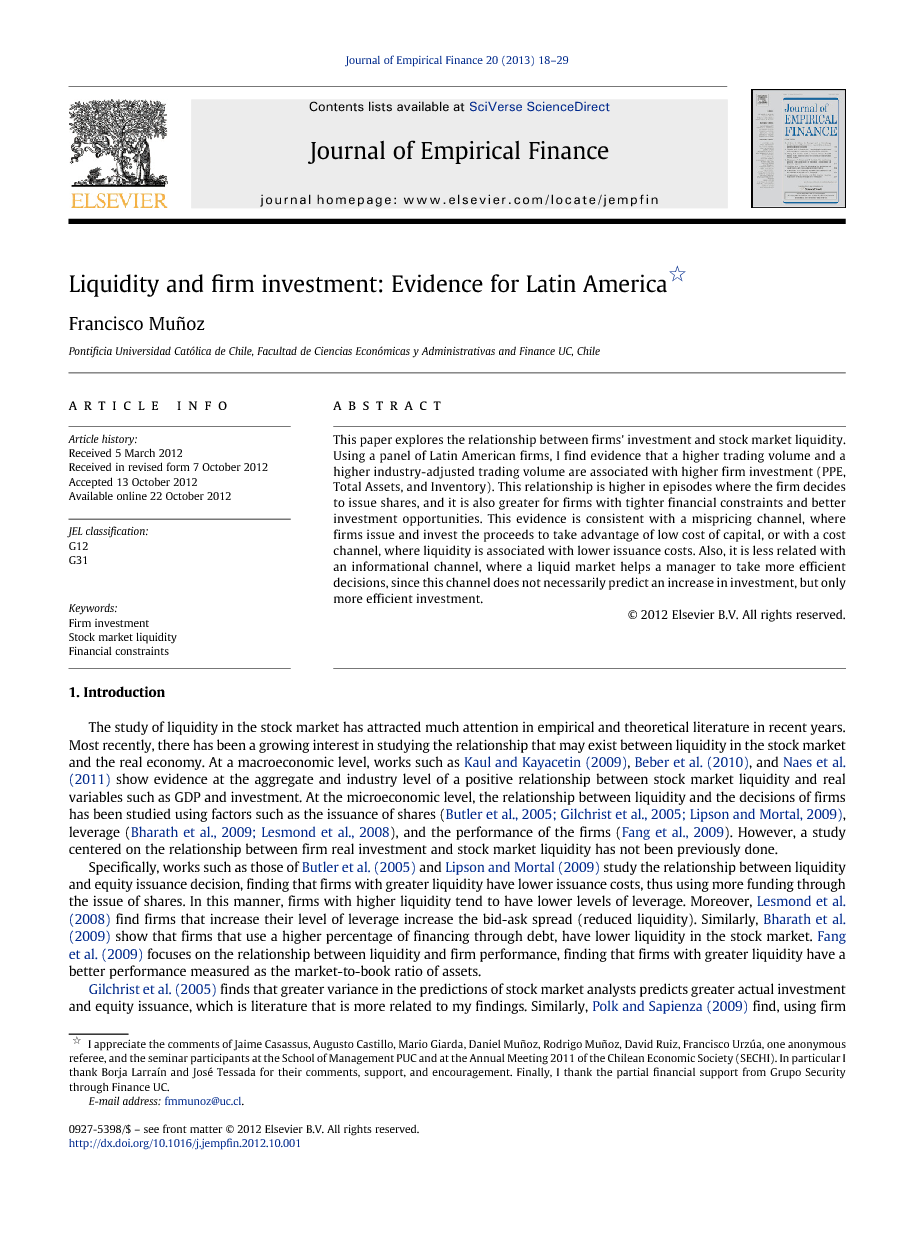 This paper explores the relationship between firms' investment and stock market liquidity. Using a panel of Latin American firms, I find evidence that a higher trading volume and a higher industry-adjusted trading volume are associated with higher firm investment (PPE, Total Assets, and Inventory). This relationship is higher in episodes where the firm decides to issue shares, and it is also greater for firms with tighter financial constraints and better investment opportunities. This evidence is consistent with a mispricing channel, where firms issue and invest the proceeds to take advantage of low cost of capital, or with a cost channel, where liquidity is associated with lower issuance costs. Also, it is less related with an informational channel, where a liquid market helps a manager to take more efficient decisions, since this channel does not necessarily predict an increase in investment, but only more efficient investment.

This paper studies the relationship between firm's real investment and stock market liquidity for a panel of firms in Latin America. I find that stock market liquidity relates positively to investment. Furthermore, that this effect is even greater for firms that issue shares, thus supporting channels, those of which state that higher liquidity encourage share issuance augmenting firm's investment. Additionally, I find evidence that firms with greater funding constraints have a greater effect of liquidity on investment. This supports the hypothesis of a positive relationship between liquidity and investment, because liquidity enables external financing. On the other hand, there is an asymmetric effect between “ value ” and “ growth ” firms, being that the “ growth ” ones are more sensitive to liquidity. Thus, firms with greater growth opportunities ( “ growth ” ) would carry out investment strategies more related to the state of the market. This is consistent with the idea that more liquidity creates a better scenario for external financing