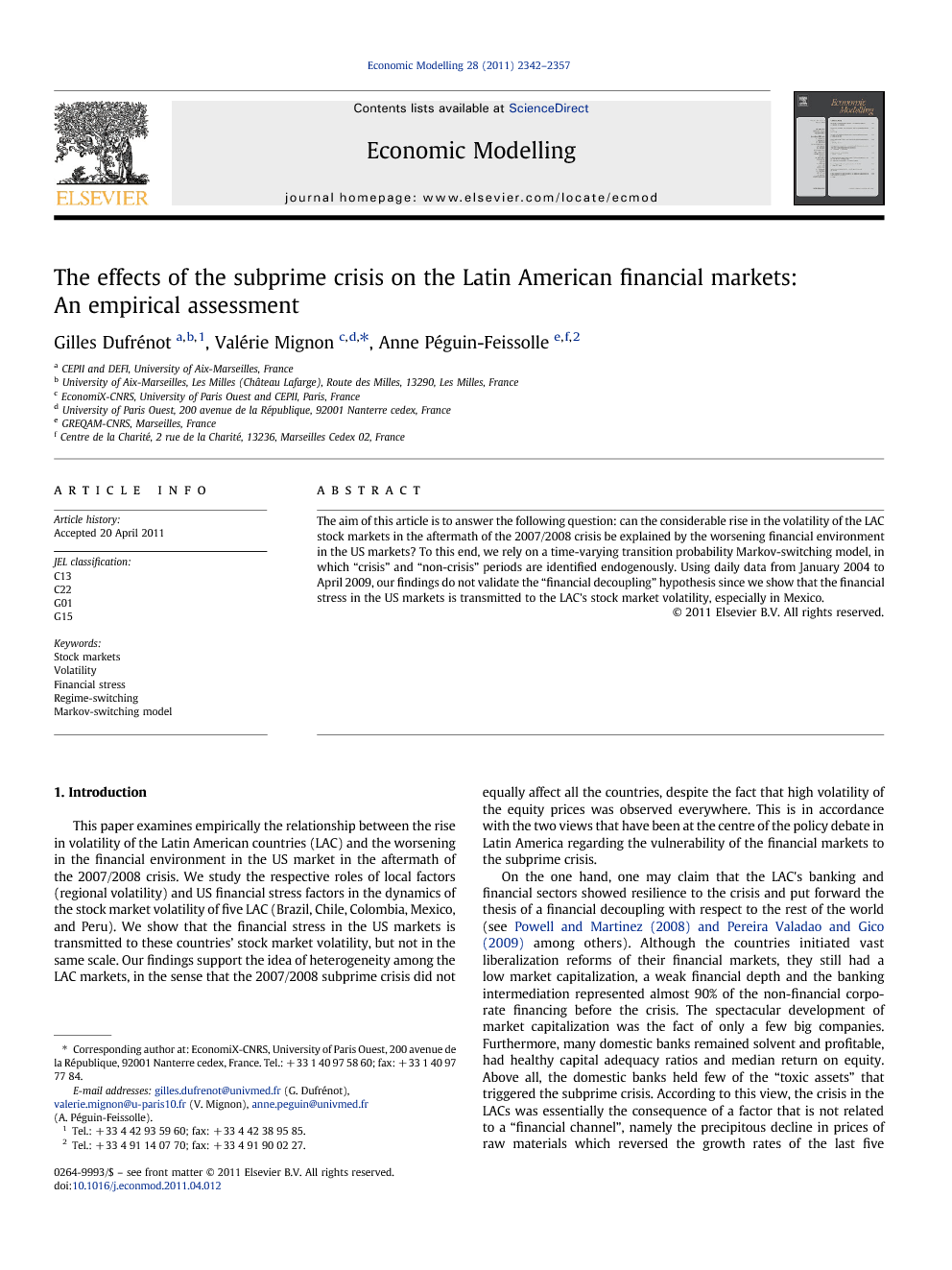 The aim of this article is to answer the following question: can the considerable rise in the volatility of the LAC stock markets in the aftermath of the 2007/2008 crisis be explained by the worsening financial environment in the US markets? To this end, we rely on a time-varying transition probability Markov-switching model, in which “crisis” and “non-crisis” periods are identified endogenously. Using daily data from January 2004 to April 2009, our findings do not validate the “financial decoupling” hypothesis since we show that the financial stress in the US markets is transmitted to the LAC's stock market volatility, especially in Mexico.

How extensive were the financial linkages between the Latin American countries and the United States during the subprime crisis? This paper attempts to answer this question by using a new empirical approach based on time-varying probability Markov-switching models. Our estimations show that a broad range of stress indicators in the US financial market can cause abrupt changes in the volatility of the LAC stock markets. These US factors had the effect of raising the CDS spread basis in the LAC financial markets, because they were notably providing bad news about the liquidity problems facing the US banks and credit markets. The changes in the CDS spreads were then transmitted to the volatility of the equity markets with more or less magnitude depending upon the strength of the LAC market interdependence with the US markets. We find that Mexico is the most vulnerable to the US financial stress, since this country has the closer links with the US financial markets; all the US transition variables being informative about the dynamics of the Mexican stock market volatility. A similar conclusion holds for Chile, although not all the transition variables were statistically significant. The other countries seem to be much more sensible to the activity in the regional financial markets (Colombia, Peru and Brazil).