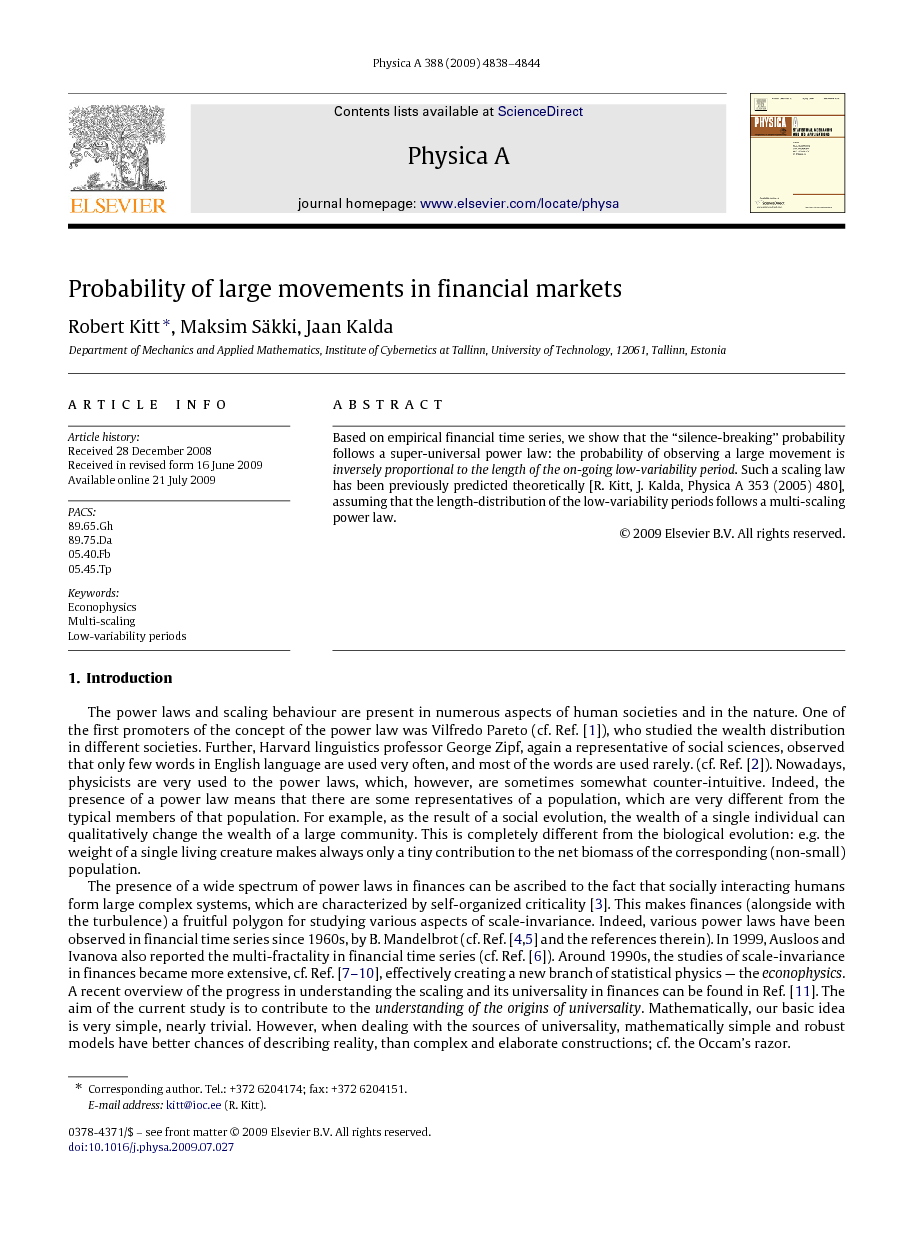 Based on empirical financial time series, we show that the “silence-breaking” probability follows a super-universal power law: the probability of observing a large movement is inversely proportional to the length of the on-going low-variability period. Such a scaling law has been previously predicted theoretically [R. Kitt, J. Kalda, Physica A 353 (2005) 480], assuming that the length-distribution of the low-variability periods follows a multi-scaling power law.