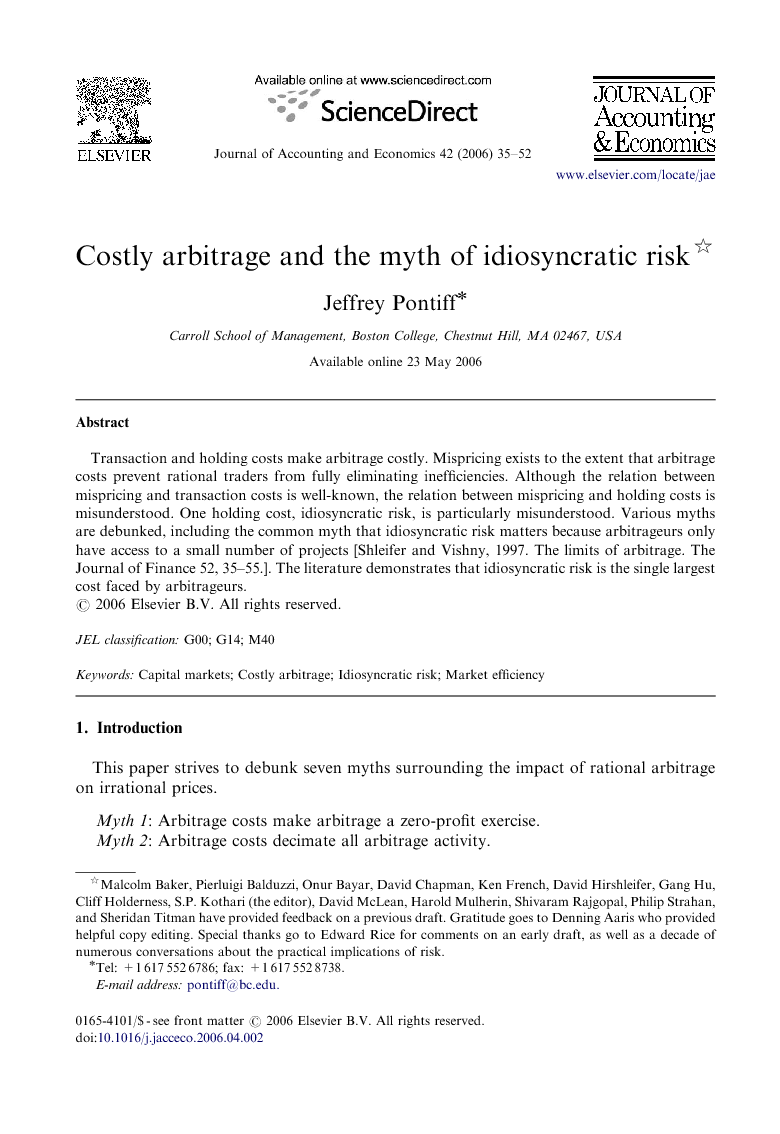 Transaction and holding costs make arbitrage costly. Mispricing exists to the extent that arbitrage costs prevent rational traders from fully eliminating inefficiencies. Although the relation between mispricing and transaction costs is well-known, the relation between mispricing and holding costs is misunderstood. One holding cost, idiosyncratic risk, is particularly misunderstood. Various myths are debunked, including the common myth that idiosyncratic risk matters because arbitrageurs only have access to a small number of projects [Shleifer and Vishny, 1997. The limits of arbitrage. The Journal of Finance 52, 35–55.]. The literature demonstrates that idiosyncratic risk is the single largest cost faced by arbitrageurs.