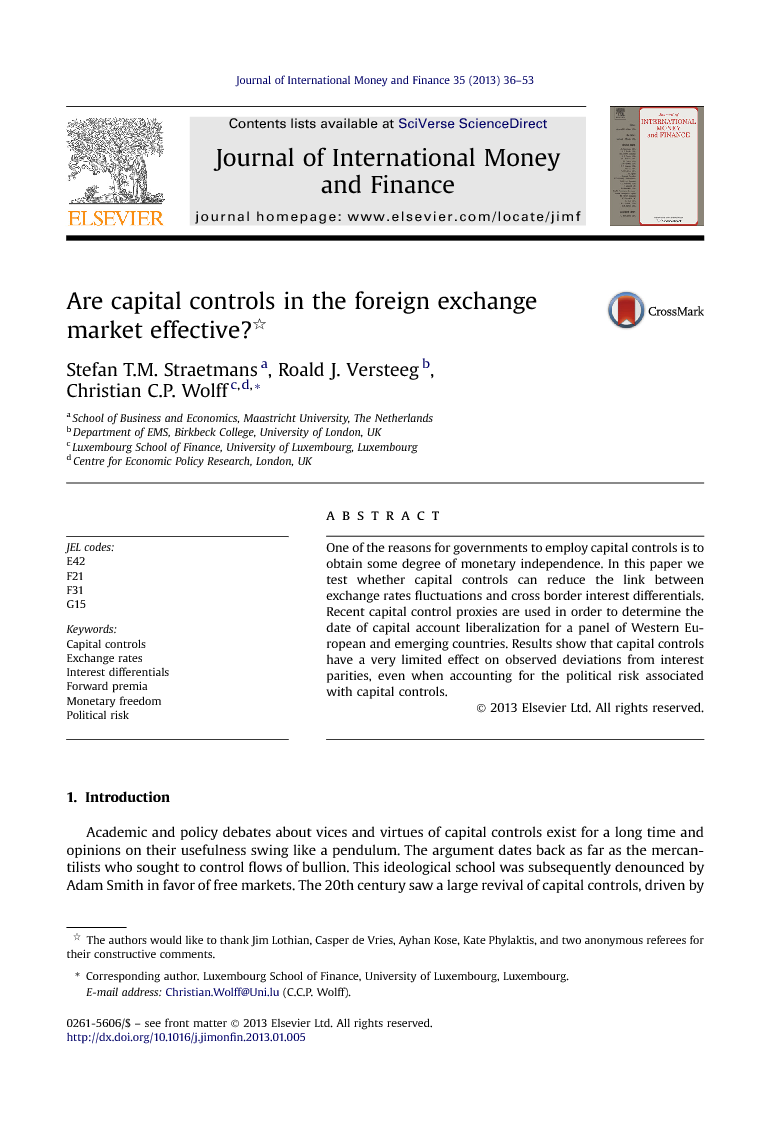 One of the reasons for governments to employ capital controls is to obtain some degree of monetary independence. In this paper we test whether capital controls can reduce the link between exchange rates fluctuations and cross border interest differentials. Recent capital control proxies are used in order to determine the date of capital account liberalization for a panel of Western European and emerging countries. Results show that capital controls have a very limited effect on observed deviations from interest parities, even when accounting for the political risk associated with capital controls.