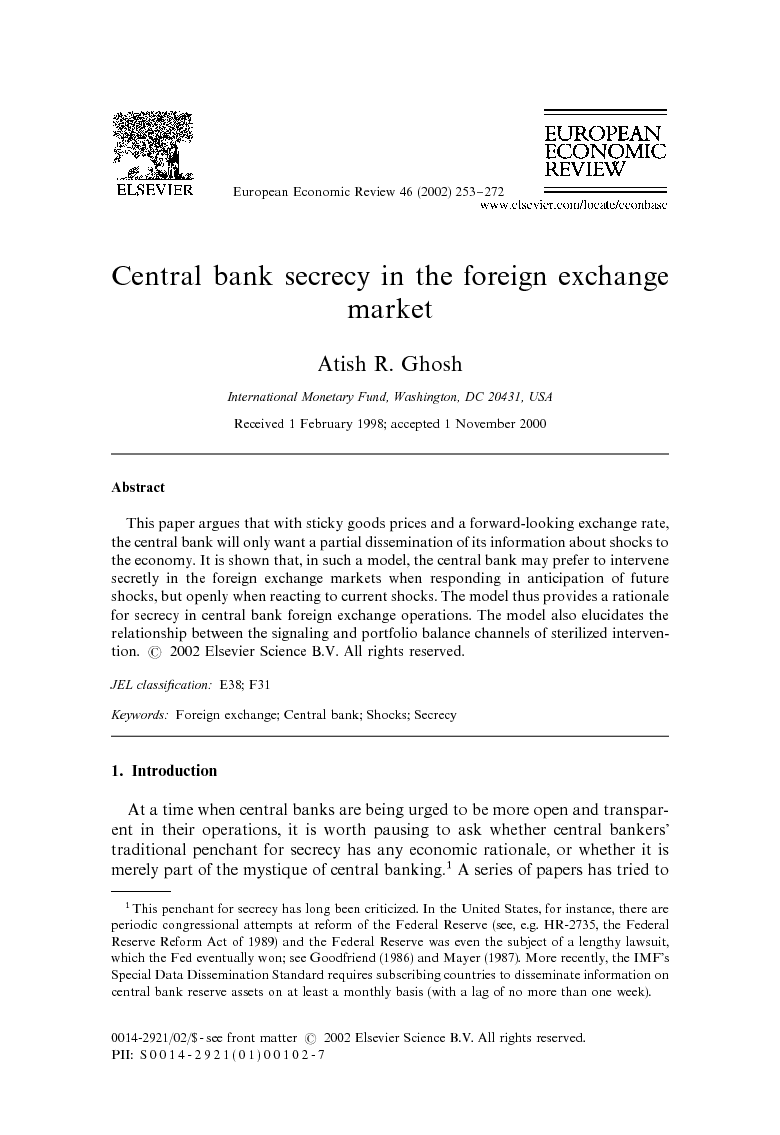 This paper argues that with sticky goods prices and a forward-looking exchange rate, the central bank will only want a partial dissemination of its information about shocks to the economy. It is shown that, in such a model, the central bank may prefer to intervene secretly in the foreign exchange markets when responding in anticipation of future shocks, but openly when reacting to current shocks. The model thus provides a rationale for secrecy in central bank foreign exchange operations. The model also elucidates the relationship between the signaling and portfolio balance channels of sterilized intervention.