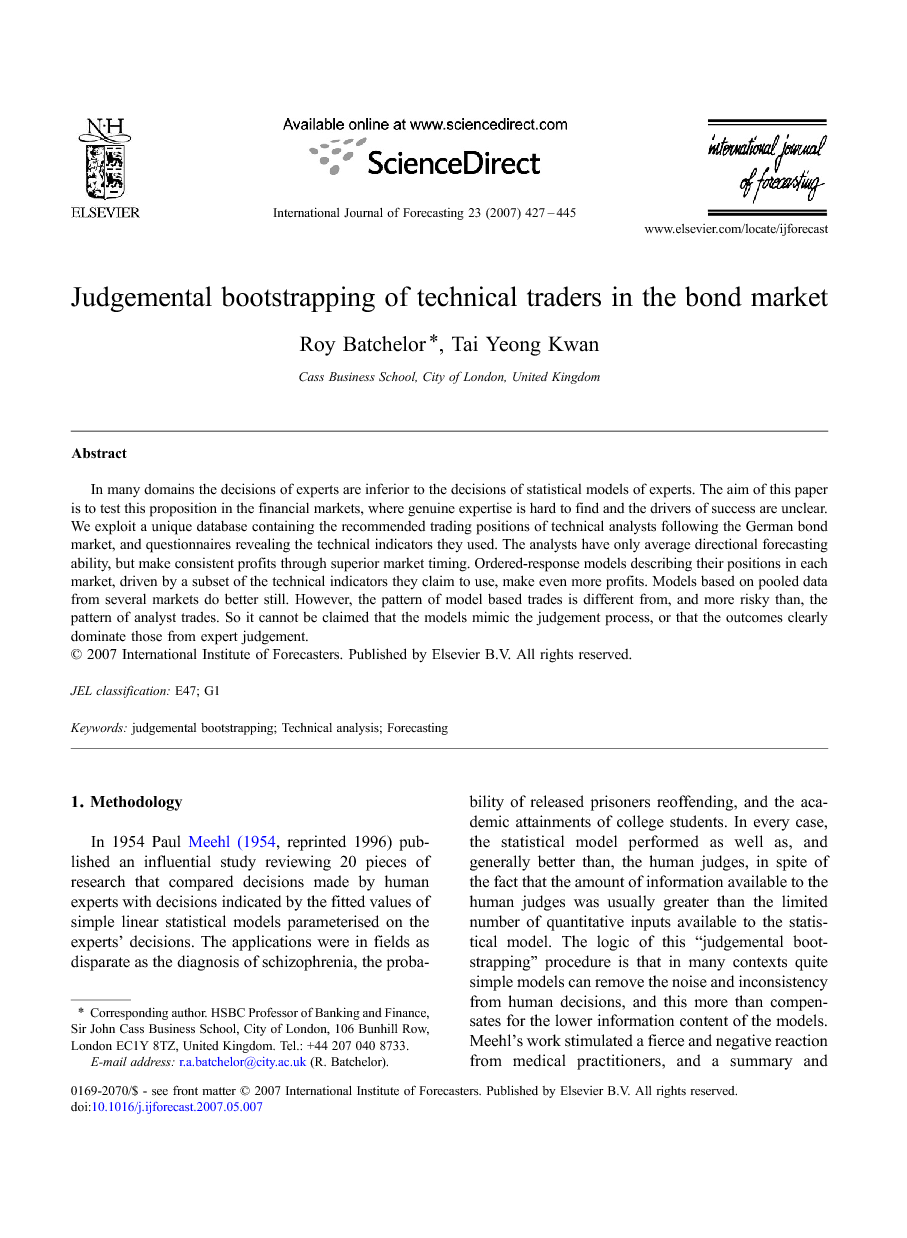 In many domains the decisions of experts are inferior to the decisions of statistical models of experts. The aim of this paper is to test this proposition in the financial markets, where genuine expertise is hard to find and the drivers of success are unclear. We exploit a unique database containing the recommended trading positions of technical analysts following the German bond market, and questionnaires revealing the technical indicators they used. The analysts have only average directional forecasting ability, but make consistent profits through superior market timing. Ordered-response models describing their positions in each market, driven by a subset of the technical indicators they claim to use, make even more profits. Models based on pooled data from several markets do better still. However, the pattern of model based trades is different from, and more risky than, the pattern of analyst trades. So it cannot be claimed that the models mimic the judgement process, or that the outcomes clearly dominate those from expert judgement.