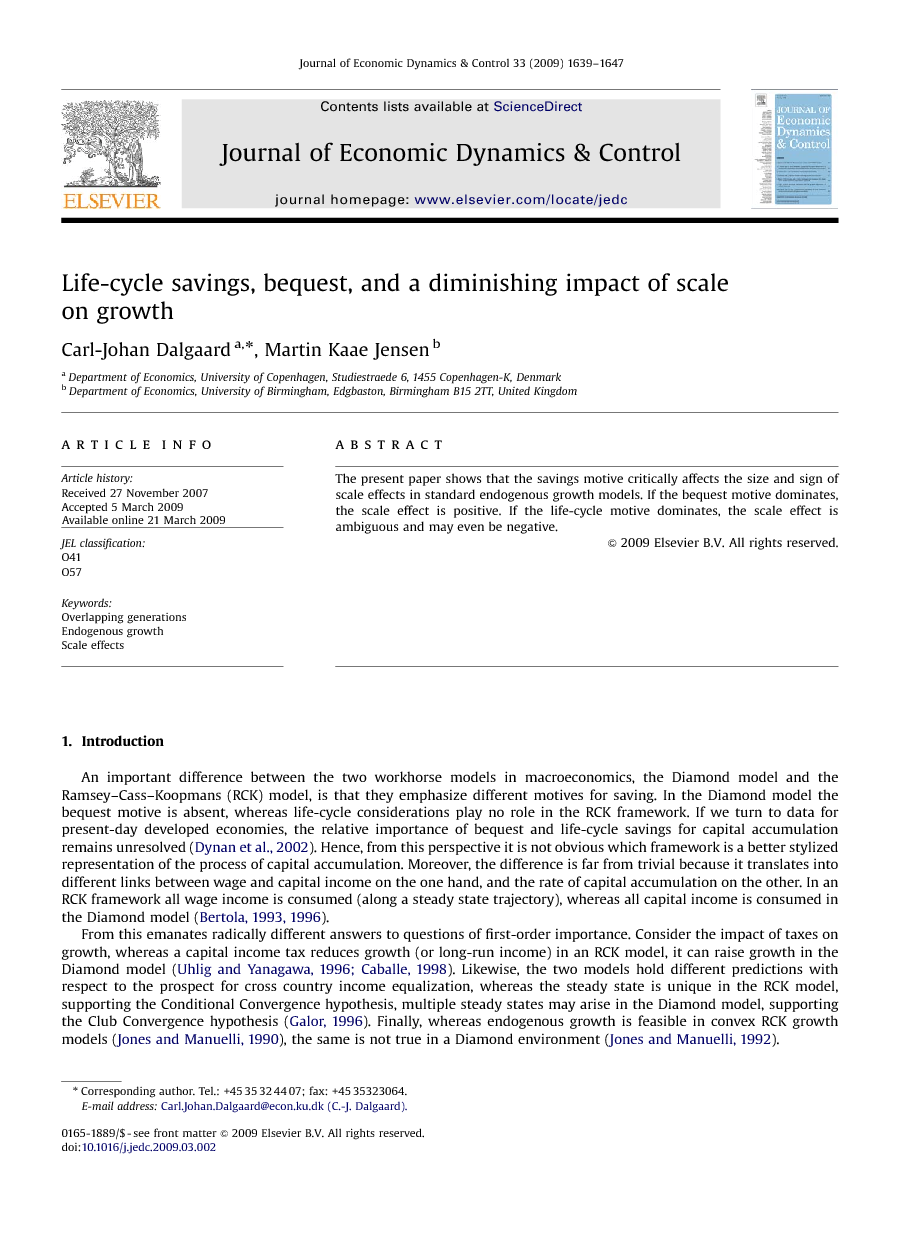 This paper's analysis shows that the impact of scale on growth, judged from standard endogenous growth models, depends on the savings motive. If the bequest motive is paramount, savings will be funded mainly by capital income. In endogenous growth models the central assumption is that of a constant marginal product of capital in the long run. As labor is complementary to capital in the production function, a larger labor force will increase the real rate of return, savings, and growth. In models where the bequest motive is all-important, a positive scale effect is therefore an inherent feature, unless the model is somehow modified. However, if the life-cycle motive dominates, savings will depend mainly on wages. Due to diminishing returns to labor, an increasing labor force will not necessarily increase savings and growth. Our numerical experiments show that if the bequest motive and the life-cycle motive are about equally important for capital accumulation, the scale effect is likely to be quantitatively small and peters out when the size of the labor force rises. In fact, the scale effect may even turn negative as the labor force becomes sufficiently high. In a setup where growth is driven by capital accumulation and R&D, this result carries over. However, the notion of scale changes from the pure size of the labor force, to the labor force in efficiency units. The analysis emphasizes the need for a clearer understanding of the income sources of aggregate savings. Previous research has shown that the relative importance of bequest and life-cycle savings is central to a variety of macroeconomic outcomes as it implies different links between wage and capital income on the one hand, and aggregate savings on the other. The present paper adds the impact of scale on growth to the list; understanding the sources of aggregate savings might yield important insights into the growth process.