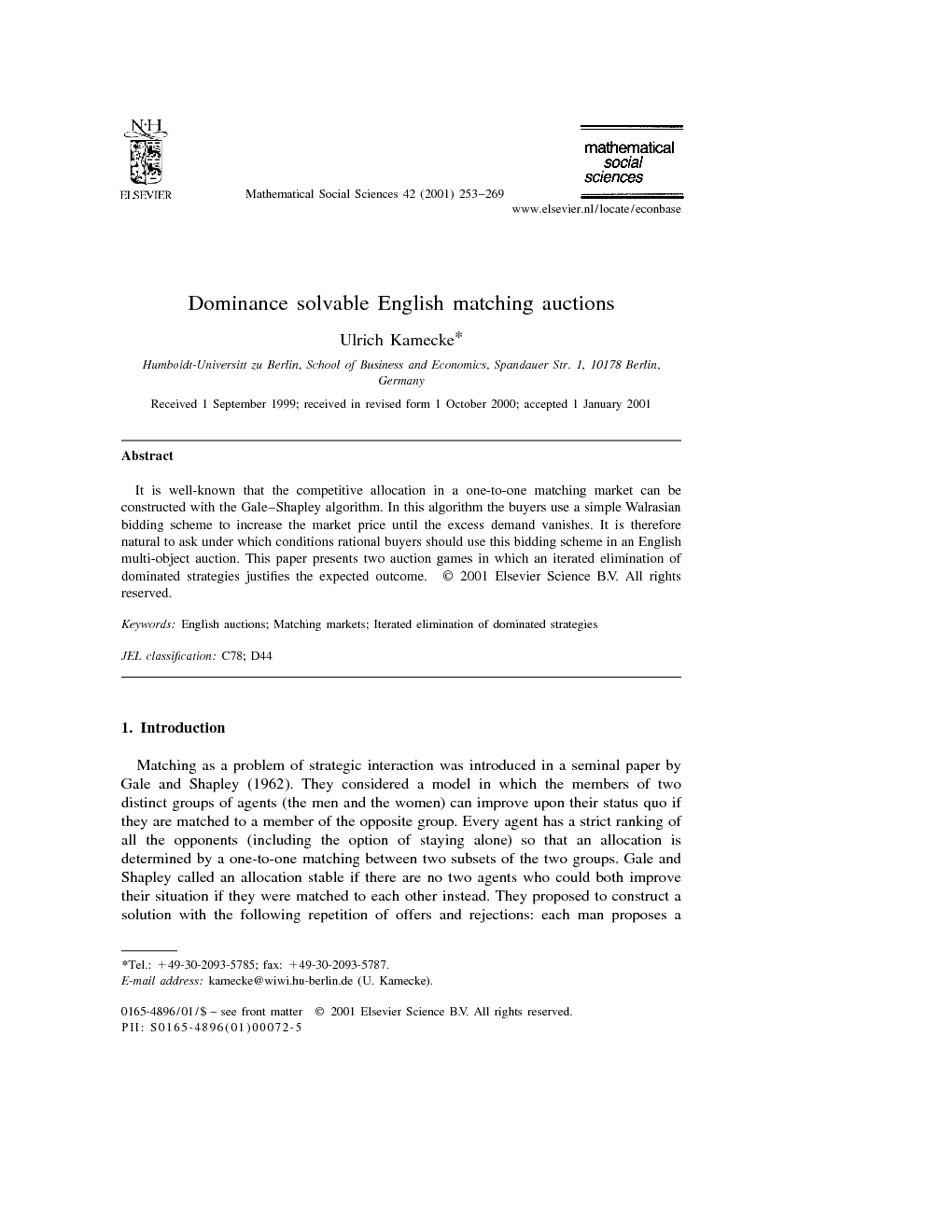 It is well-known that the competitive allocation in a one-to-one matching market can be constructed with the Gale–Shapley algorithm. In this algorithm the buyers use a simple Walrasian bidding scheme to increase the market price until the excess demand vanishes. It is therefore natural to ask under which conditions rational buyers should use this bidding scheme in an English multi-object auction. This paper presents two auction games in which an iterated elimination of dominated strategies justifies the expected outcome.

One goal of this paper was to give more economic meaning to the Gale–Shapley algorithm by presenting an auction game in which rational agents should construct the outcome according to this iteration scheme. I showed under which conditions the buyers will indeed submit their W-strategies to the auctioneer, but this leaves us with the question whether the owners are interested to behave as specified in (W2) above. Suppose the auctioneer is an additional player who represents the owners’ interests and who decides which of the offers to keep in the next round. The auction is over if there is no progress in the bids. In this extension of the auction game the auctioneer is indifferent between all strategies which guarantee a progress in each round. But no matter how this indifference is broken up the buyers know that a new highest offer will be accepted sooner or later so that they will just repeat their W-bids until they are successful. This extension of the game can be interpreted as a (trivial) two-sided matching auction and it can give a two-sided strategic justification of the Gale–Shapley algorithm. It cannot, however, solve the difficult incentive problems which arise if the owners of the objects choose their reservation prices strategically or if they have to keep or reject their offers without a central coordinator. Such models would give the owners the opportunity to credibly manipulate the auction and it is well-known that they may well have an incentive to do so.