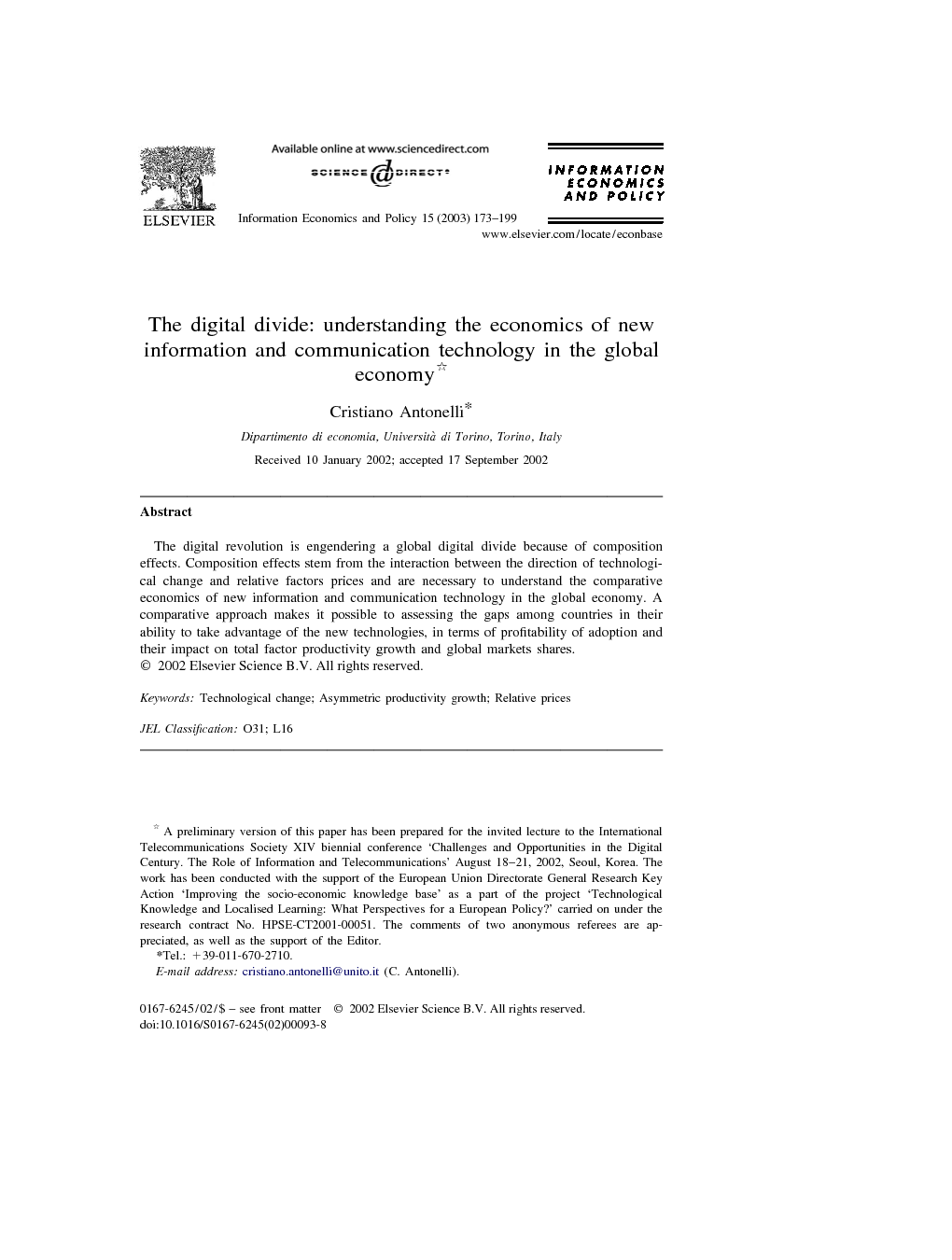 The digital revolution is engendering a global digital divide because of composition effects. Composition effects stem from the interaction between the direction of technological change and relative factors prices and are necessary to understand the comparative economics of new information and communication technology in the global economy. A comparative approach makes it possible to assessing the gaps among countries in their ability to take advantage of the new technologies, in terms of profitability of adoption and their impact on total factor productivity growth and global markets shares.