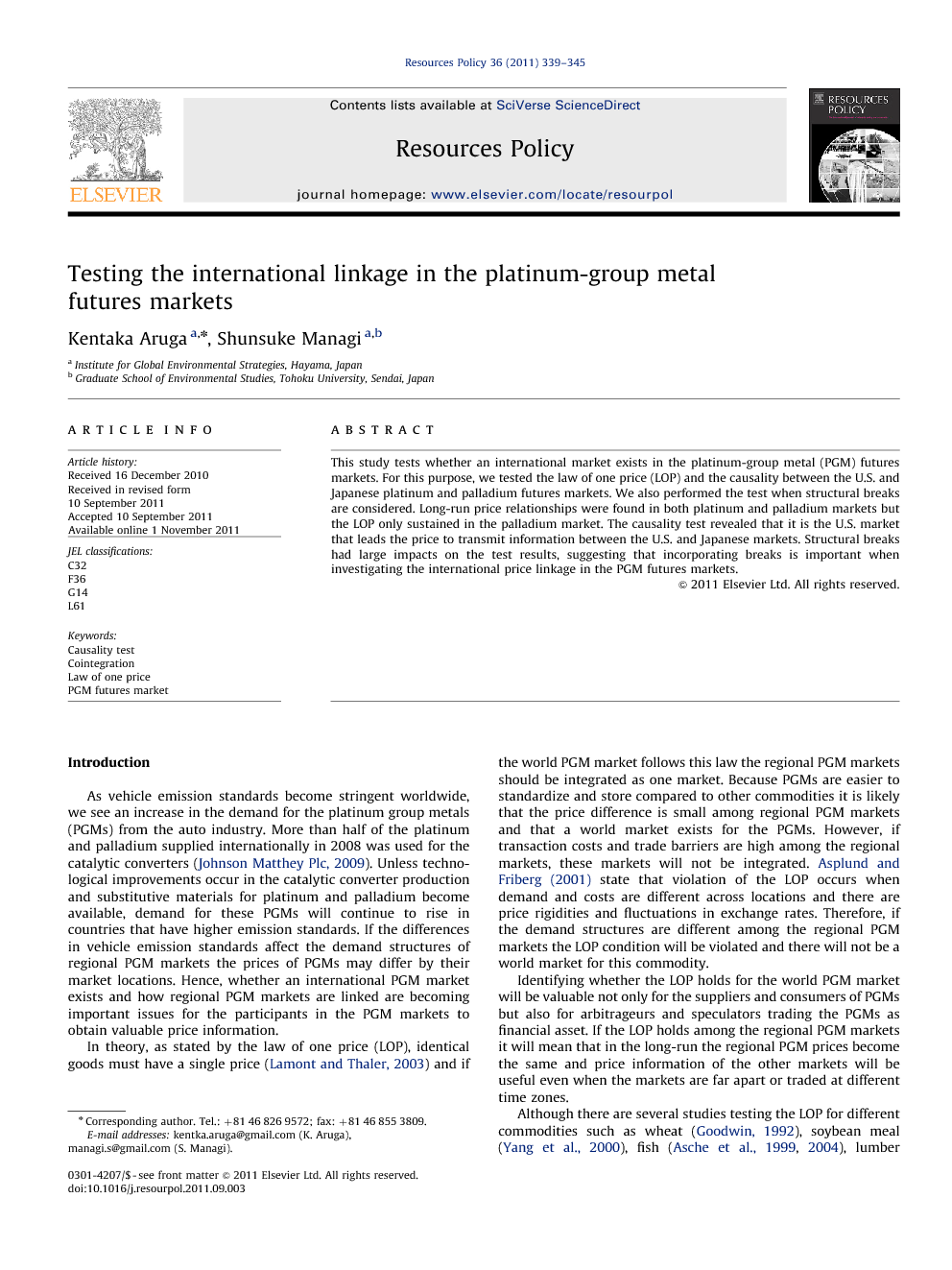 This study tests whether an international market exists in the platinum-group metal (PGM) futures markets. For this purpose, we tested the law of one price (LOP) and the causality between the U.S. and Japanese platinum and palladium futures markets. We also performed the test when structural breaks are considered. Long-run price relationships were found in both platinum and palladium markets but the LOP only sustained in the palladium market. The causality test revealed that it is the U.S. market that leads the price to transmit information between the U.S. and Japanese markets. Structural breaks had large impacts on the test results, suggesting that incorporating breaks is important when investigating the international price linkage in the PGM futures markets.