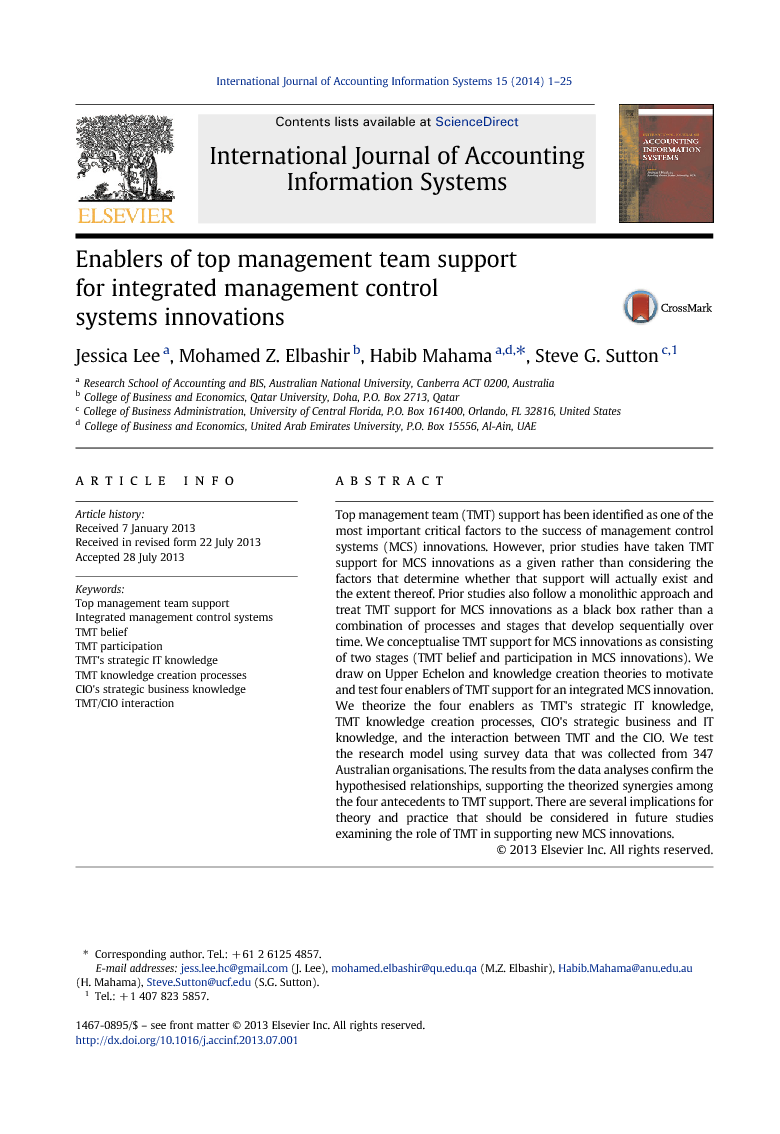 Top management team (TMT) support has been identified as one of the most important critical factors to the success of management control systems (MCS) innovations. However, prior studies have taken TMT support for MCS innovations as a given rather than considering the factors that determine whether that support will actually exist and the extent thereof. Prior studies also follow a monolithic approach and treat TMT support for MCS innovations as a black box rather than a combination of processes and stages that develop sequentially over time. We conceptualise TMT support for MCS innovations as consisting of two stages (TMT belief and participation in MCS innovations). We draw on Upper Echelon and knowledge creation theories to motivate and test four enablers of TMT support for an integrated MCS innovation. We theorize the four enablers as TMT's strategic IT knowledge, TMT knowledge creation processes, CIO's strategic business and IT knowledge, and the interaction between TMT and the CIO. We test the research model using survey data that was collected from 347 Australian organisations. The results from the data analyses confirm the hypothesised relationships, supporting the theorized synergies among the four antecedents to TMT support. There are several implications for theory and practice that should be considered in future studies examining the role of TMT in supporting new MCS innovations.