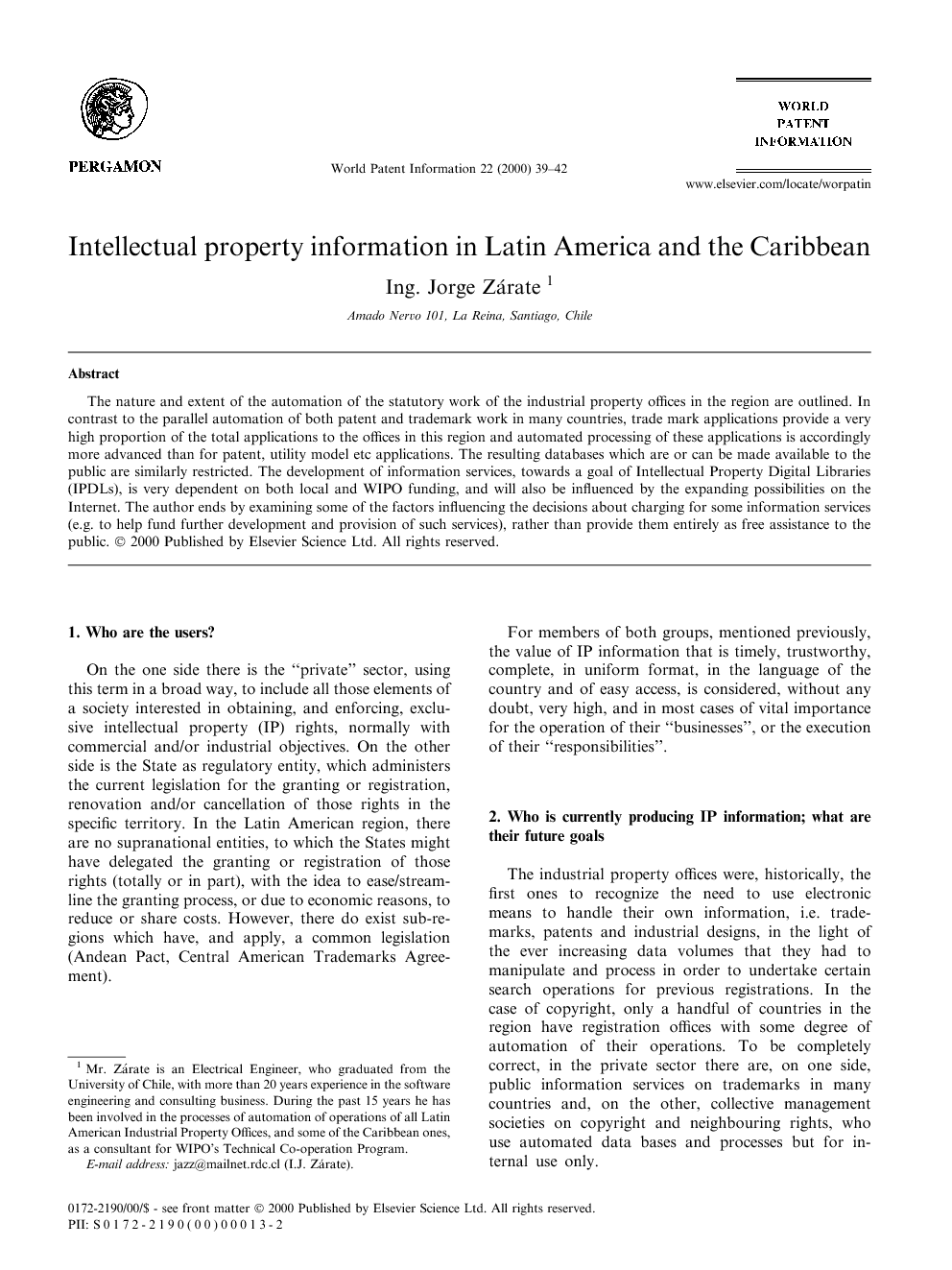 The nature and extent of the automation of the statutory work of the industrial property offices in the region are outlined. In contrast to the parallel automation of both patent and trademark work in many countries, trade mark applications provide a very high proportion of the total applications to the offices in this region and automated processing of these applications is accordingly more advanced than for patent, utility model etc applications. The resulting databases which are or can be made available to the public are similarly restricted. The development of information services, towards a goal of Intellectual Property Digital Libraries (IPDLs), is very dependent on both local and WIPO funding, and will also be influenced by the expanding possibilities on the Internet. The author ends by examining some of the factors influencing the decisions about charging for some information services (e.g. to help fund further development and provision of such services), rather than provide them entirely as free assistance to the public.

On the one side there is the “private” sector, using this term in a broad way, to include all those elements of a society interested in obtaining, and enforcing, exclusive intellectual property (IP) rights, normally with commercial and/or industrial objectives. On the other side is the State as regulatory entity, which administers the current legislation for the granting or registration, renovation and/or cancellation of those rights in the specific territory. In the Latin American region, there are no supranational entities, to which the States might have delegated the granting or registration of those rights (totally or in part), with the idea to ease/streamline the granting process, or due to economic reasons, to reduce or share costs. However, there do exist sub-regions which have, and apply, a common legislation (Andean Pact, Central American Trademarks Agreement). For members of both groups, mentioned previously, the value of IP information that is timely, trustworthy, complete, in uniform format, in the language of the country and of easy access, is considered, without any doubt, very high, and in most cases of vital importance for the operation of their “businesses”, or the execution of their “responsibilities”.